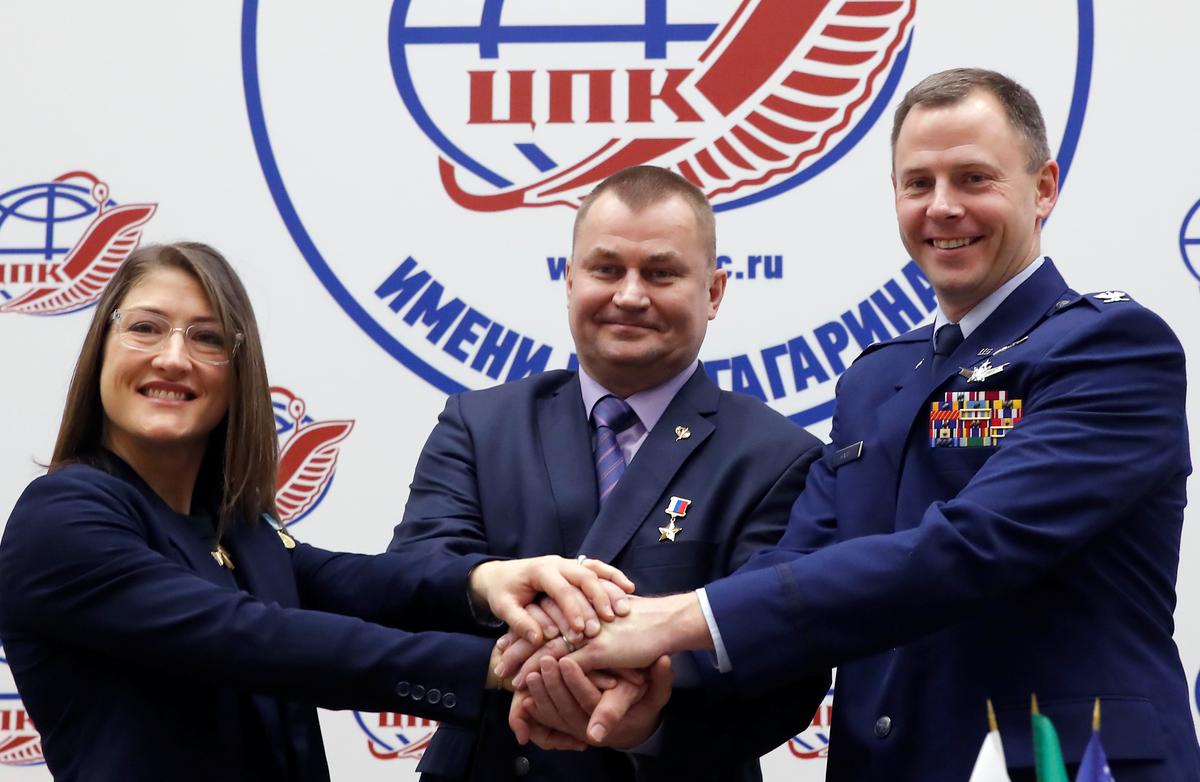 MOSCOW (Reuters) – Two astronauts who survived a midair rocket failure in October said on Thursday they had received counseling following their brush with death and felt ready to fly again next month.

International Space Station (ISS) crew members Aleksey Ovchinin of Russia and Nick Hague of the U.S., along with Christina Koch of the U.S. pose for a photograph during a news conference in the Star City near Moscow, Russia February 21, 2019. REUTERS/Maxim Shemetov

Russian cosmonaut Alexei Ovchinin and U.S. astronaut Nick Hague appeared relaxed in Russia’s Star City as they discussed preparations for their first space flight since then.

Together with NASA astronaut Christina Koch they are due to blast off for the International Space Station shortly after midnight on March 15.

A sensor failure two minutes after launch on Oct. 11 forced Ovchinin and Hague to perform an emergency landing from which they escaped physically unscathed.

“So I think …everything will work out for us this time.”

Hague said he had not experienced lingering problems since the launch failure.

“It was for me fairly uneventful in terms of any kind of lingering effects and for my family we’ve been able to prepare for this flight just like we prepared for the last one,” he said.

As the pair hurtled back to Earth in a capsule in October, Ovchinin could be heard in video inside the capsule saying “that was a quick flight.”

He later described the G-forces they experienced during the landing as a akin to a concrete block seven times his weight being placed on his chest.

How Do You Assemble the Largest Rocket Ever Made?
Report Report: Toxic air, ride sharing, carbon removal and rating the raters
GPS ground system gets cybersecurity upgrade as OCX faces new schedule setback
Atlassian’s Confluence gets a new template gallery
Not just biofuels: Algae’s next wave