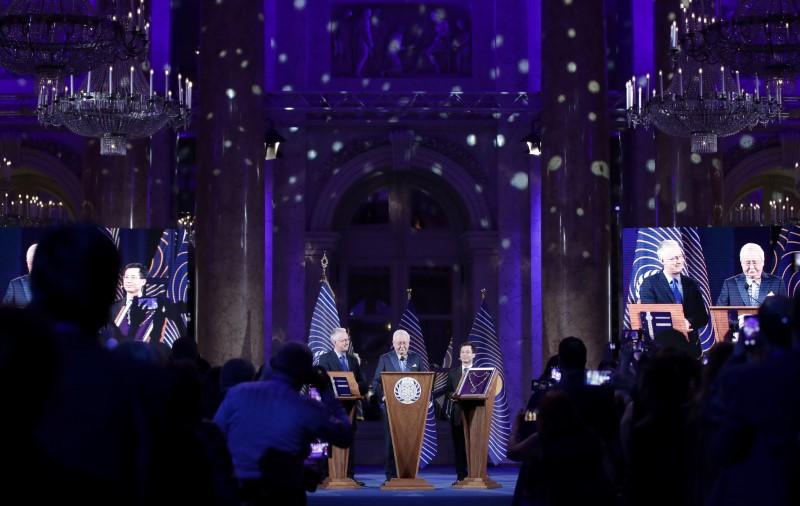 VIENNA (Reuters) – Feel like the world is going to the dogs? Want to get away from it all? Here’s a solution: become a citizen of the nation of Asgardia and hope it makes good on its promise to colonize the moon.

Asgardia was founded just 20 months ago, and it already has about 200,000 citizens, a constitution and an elected parliament. It has a leader, Igor Ashurbeyli, who was inaugurated on Monday.

It also has grandiose ambitions. It wants to build up a population of 150 million within 10 years. It plans to set up “space arks” with artificial gravity in outer space where humans could live permanently.

“This day will certainly be recorded in the annals of the greatest events in the history of humankind,” Ashurbeyli said in his inaugural speech to an audience of several hundred in the Hofburg, Vienna’s former imperial palace.

“We have thus established all branches of government. I can therefore declare with confidence that Asgardia – the first space nation of the united humankind – has been born,” said Ashurbeyli, a Russian engineer, computer scientist and businessman.

Asgardia – named after Asgard, a world in the sky in Norse mythology – says its citizens now live in more than 200 countries, outnumbering the United Nations’ 193 member states. Becoming a citizen online is free.

It wants to attract the 2 percent of the world’s population that is “most creative”. Asked how that was working out so far, Ashurbeyli said, “Citizenship selection will continue. It might even involve IQ tests.”

Ashurbeyli said he intends to have satellites providing Internet access around the globe in five to seven years, space arks operating in 10 to 15 years, and finally to establish a permanent settlement on the moon within 25 years.

Asgardians now pay an annual membership fee of 100 euros. It plans to collect taxes on businesses and private income, which it says will be kept very low.

“For this early phase of Asgardian nationhood … I am primarily responsible for its financing, along with a number of other donors who are citizens of Asgardia,” he said.