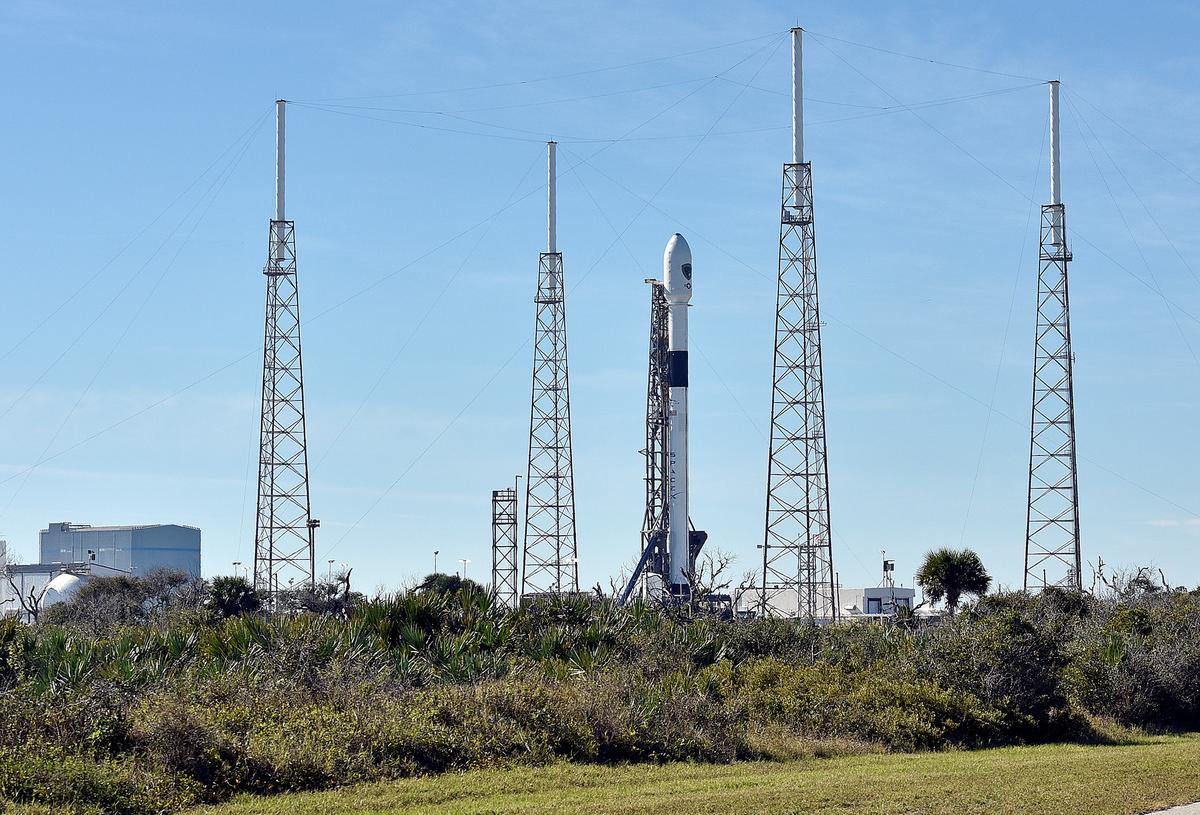 The SpaceX Falcon 9 rocket, scheduled to launch a U.S. Air Force navigation satellite, sits on Launch Complex 40 after the launch was postponed after an abort procedure was triggered by the onboard flight computer, at Cape Canaveral, Florida, U.S., December 18, 2018. REUTERS/Steve Nesius

The launch would have been the rocket firm’s first national security space mission for the United States.