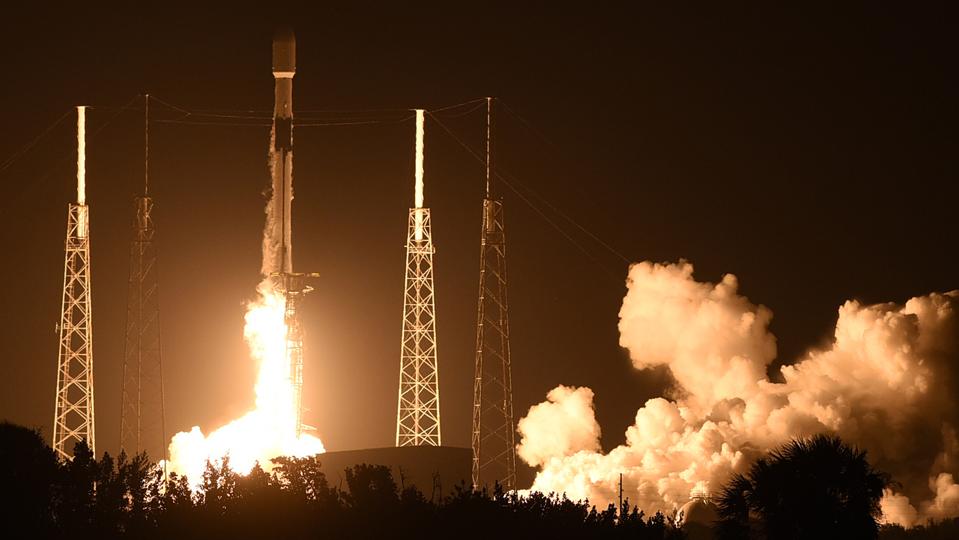 If there are advanced alien civilizations out there on distant planets looking at Earth through telescopes, they don’t know we’re here.

Aside from a trace of wholly artificial CFC gases in our atmosphere, there’s so very little observable evidence that humans exist, or ever existed, on this planet, if it was viewed through a telescope from afar.

Is SpaceX changing that with its ever-increasing “mega-constellation” of Starlink satellites?

Yes it is—but it will take about 8o0 years before Starlink makes Earth visible to any distant alien telescopes trained on Earth.

That’s according to the author behind a new paper accepted for publication in the Journal of the British Interplanetary Society that’s inspired by the realization that Starlink is one of our civilization’s first megaconstructions that takes us closer to having our first “techno-signature.”

What is SpaceX Starlink?

Elon Musk’s company is launching batch after batch of its Starlink satellites into orbit in an effort to build a global high-speed broadband internet network.

A pre-dawn launch of its Falcon 9 rocket on Sunday, Match 14, 2021 saw yet another 60 Starlink satellites go into orbit from NASA’s Kennedy Space Center in Florida.

That makes a total of around a thousand Starlink satellites so far, with SpaceX planning on launching as many as 12,000 by 2030 and a possibly as many as 40,000 in the longer term.

Those in areas of the globe currently without fast internet access—about half of humanity—may be able to get online via Starlink (or its upcoming competitors like Amazon’s Project Kuiper), but there are concerns about increasing space junk and their negative impact on critical astronomical observations.

SpaceX Starlink as our first ‘techno-signature’

What’s not been discussed before is that with Starlink—and other upcoming mega-constellations of satellites—Earth could gradually be getting its first “techno-signature” visible from deep space.

A “techno-signature” is evidence for the use of technology or industrial activity in other parts of the Universe. Detecting them with large telescopes is one way we could confirm the presence of advanced alien civilizations—or vice versa.

In a paper published online by Zaza Osmanov, a professor in astrophysics at the Free University of Tbilisi, Georgia, it’s estimated that the Very Large Telescope (VLT) in Chile and China’s FAST radio telescope —if in deep space—could eventually find Starlink.

Osmanov reckons that in 1,000 years our civilization could be showing-off itself to instruments like the Very Large Telescope on planets up to 260 light-years away. Such instruments would be able to detect any megastructure around Earth in the infrared from that distance. However, for SpaceX’s Starlink constellation alone to show-up in any searches would take about 800 years.

“One of the major factors is the time of observation of a telescope,” said Osmanov, who made his calculations based on Starlink satellites’ brightness and an observing time of an hour. “Though it also depends on geometry, for the same value one can roughly estimate that the number of satellites to make the construction visible from 100 light years should be of the order of 30 billion,” he added. That’s a lot of Falcon 9 launches.

He also suggests that since Starlink satellites broadcast radio signals the FAST telescope would be able to detect them as far out as 520 light-years distant.

Constructing a “megastructure” around Earth—a concept that recalls Dyson spheres or ring-like structures—would make us a “Type-1” civilization on the Kardashev scale, something we’ve not attained yet.

It’s a measure of how technologically advanced a civilization is based on how much energy it’s able to use. Here’s the scale:

The massive structures required for “stellar” and “galactic” civilizations could be easier to detect, of course, because they would give-off intense radiation visible in the infrared. What Osmanov’s paper ponders is whether anything we—an aspiring “planetary” civilization—could construct now (specifically Starlink) could be visible from “out there.”

So with Starlink perhaps SpaceX is building Earth’s first planetary megastructures, but it’s going to take an awful long time before we humans get anywhere near having our own “techno-signature.”