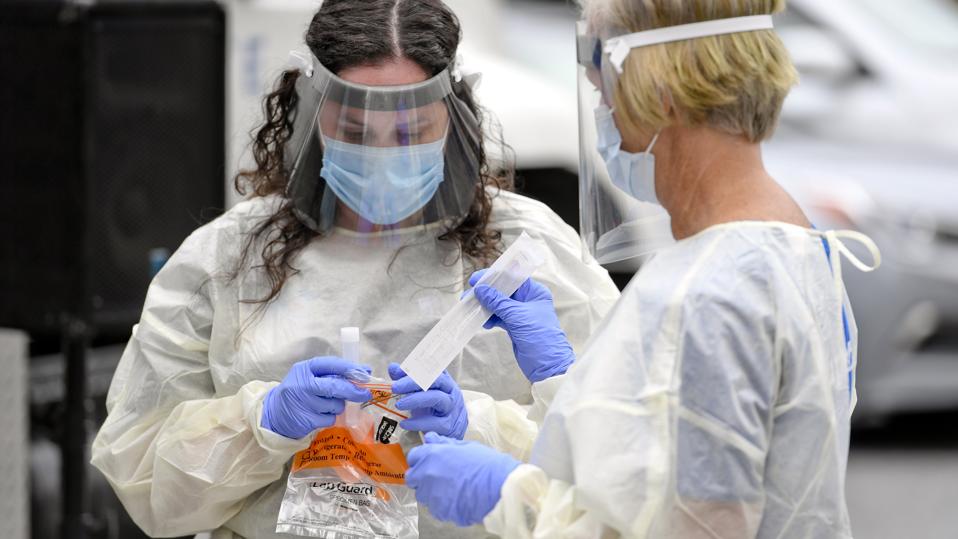 Much like what is happening in Europe, the United States will likely see a second wave of coronavirus that will hurt markets and slow the reopening of the economy, Wall Street investment firm Bernstein warned clients in a recent note.z12!!!!!!!!!!!!!!!!~

A top World Health Organization official said Thursday that Europe is facing a “very serious situation” as countries like Spain and France see an alarming rise in new cases of coronavirus.

Bernstein warned that the United States, which has so far seen rolling waves of coronavirus infections in different regions, is poised to get hit by a similar second wave over the next few months.

The best-case scenario, according to Bernstein, is that the most recent U.S. hot spots can stabilize at around 60 cases per million people per day—roughly the level held in the northeast region since it endured its first wave in March and April.

“The Northeast has been slower to reopen as much as Europe has (still no indoor dining or international travel without quarantine) and thus we have not seen the second wave yet,” the firm said.

But as parts of the economy continue to slowly reopen—with people now starting to go back to school and the office, another surge in the Northeast and across the rest of the country looks likely, the firm told clients.

A true second wave of coronavirus hitting the United States “will become an issue within a month,” Bernstein predicted, warning that investors and the stock market are “going to take some pain.”

What To Watch For

Although fears of a second wave will undoubtedly weigh on stock market sentiment, there are reasons to be optimistic, Bernstein says. The next wave won’t necessarily be as bad as the first ones, since a younger group of people seem to be getting infected and hospitals are no longer at capacity. What’s more, in some regions of the country, 15% or more of people are estimated to have already contracted the virus, which means they are more unlikely to be infected again for some time.

“The hope for the U.S. is that the impact would be moderated by being ‘bad enough’ already,” Bernstein’s note said.

There have now been more than 30.2 million global cases of coronavirus, with around 6.7 million in the United States alone, according to data from Johns Hopkins University. Nearly 200,000 Americans have died from the disease, while global deaths have almost reached 950,000.