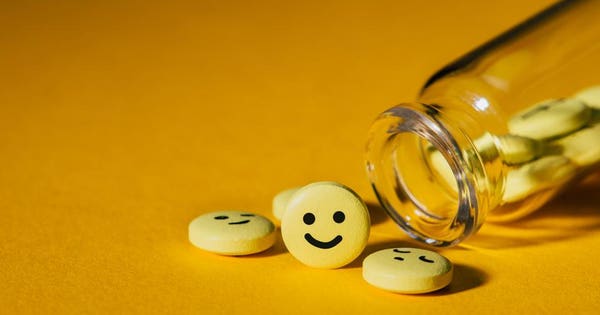 Psychedelic drugs continue gaining momentum as potential treatments for mental health conditions, and a few are close to going mainstream. MDMA, the key ingredient in the drug known as ecstasy, is near the top of that list. Already recognized for its ability to stimulate emotional connections, new research adds to the drug’s therapeutic profile by suggesting that it delivers prosocial benefits without dulling a user’s bulls**t detector.

MDMA is earning its mainstream cred as a potential treatment for Post-Traumatic Stress Disorder (PTSD) in tandem with psychotherapy, a use for which the drug is currently undergoing phase 3 clinical trials. It was also granted Breaththrough Therapy designation by the FDA, which is the agency’s process to expedite the development of drugs “intended to treat a serious condition and preliminary clinical evidence indicates that the drug may demonstrate substantial improvement over available therapy on a clinically significant endpoint(s).”

So MDMA already has a lot going for it, clinically speaking, and signs are pointing to therapeutic uses in the near future. The latest study examined whether its prosocial effects also make people trust too freely, which if true would be a major drawback. Cooperation is one thing, but turning into an overly empathetic drone who can’t tell if someone is blowing smoke is another.

For the study, 20 healthy adult men were either given a typical dose of MDMA or an identical placebo and completed tasks while in an fMRI brain scanner, including the well-tested “Prisoner’s Dilemma” game that’s often used in psychological studies. Participants choose to either compete or cooperate with another player. When both cooperate, both get points; but if one person chooses to compete, he/she receives all the points and the other player gets none. That opens the door to trickery and raw dealing.

Unknown to the participants, they weren’t interacting with other humans. The researchers used a computer program designed to behave in either trustworthy or untrustworthy ways depending on how the game unfolded.

The researchers also noted that MDMA led to a quicker recovery of cooperative behavior after being treated unfairly. That’s another bonus for the drug because it speaks to an emotional resiliency effect, often a goal in psychotherapeutic treatment.

“This tendency to rebuild a relationship led to higher overall levels of cooperation with trustworthy partners,” said the study’s first author, Anthony Gabay.

The brain scans supported what the researchers witnessed, but also showed that MDMA influenced activity in “social brain areas” associated with heightened understating of others’ thoughts, beliefs and intentions. The results suggest that the drug may make people better “mentalizers” of others, but without making them more gullible.

This was a small study, so replication with a larger group (including women and men) is needed to strengthen the results, but initially this is all good news supporting therapeutic uses of the drug.

“Understanding the brain activity underlying social behavior could help identify what goes wrong in psychiatric conditions,” added Dr. Mehta. “Given the social nature of psychotherapy, understanding how MDMA affects social interaction sheds light on why the drug could become a valuable tool in treating patients.”

Since this research focused on therapeutic benefits of the drug, the results shouldn’t be interpreted as an endorsement of recreational use. Studies of psychedelic drugs like MDMA are carried out under controlled conditions, with carefully controlled dosing and monitoring of participants. This is about the science and potential benefits when used in tandem with psychotherapy, which appears a likely future application of the drug pending results of the clinical trials.

The study was published in the Journal of Neuroscience.