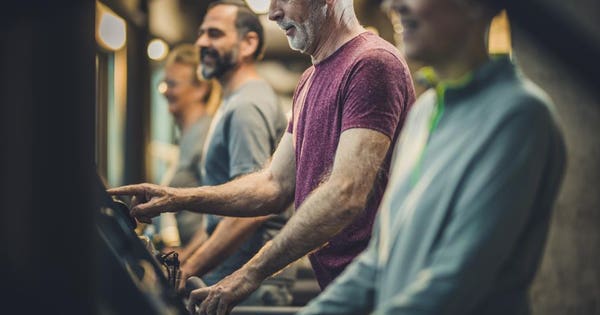 Staying active in middle age may be an effective way to reduce risk of developing dementia decades later, according to a new study that tracked outcomes in a group of people for more than 40 years.

While we still don’t have concrete answers as to why dementia develops and how to prevent it, research is converging on ways to decrease its likelihood. At the top of the list – activity, both physical and mental. The latest study underscores that finding by showing how a range of activities correlated with decreased risk of three types of dementia.

The study tracked 800 women, average age 47, for 44 years.  At the start of the study the participants were given scores of one to 10 to benchmark their mental activity levels. These activities included playing musical instruments, reading, attending concerts, artistic activities, and attending clubs or religious services. The more they participated, the higher their scores.

For physical activity, the researchers divided the participants into active and inactive groups. “Active” included anything from light physical activity (e.g. gardening, bowling, biking) for four hours a week, up to intense activities like running, swimming and aerobics several times a week.

During the study period, 194 of the 800 women developed dementia. Most developed Alzheimer’s disease, others developed vascular dementia or “mixed dementia” in which more than one type of dementia is present.

The researchers examined the results again after excluding women who developed dementia halfway through the study, to rule out effects of earlier onset dementia. The main change after this adjustment was that physical activity correlated with a 34% decreased risk of all forms of dementia.

“These results indicate that these activities in middle age may play a role in preventing dementia in old age and preserving cognitive health,” said lead study author Jenna Najar, MD, from Sahlgrenska Academy, University of Gothenburg.

A few limitations are worth pointing out. First, and most obvious, this was a study of all women (Swedish women specifically) so we can’t say that it’s representative of the general population. Also the participants’ activity levels were self-reported, as opposed to clinically evaluated, and this group was (at least according to how they judged their activity levels) quite physically active.  About 80% of the 800 women were scored as “active” by this study’s grading system, which, again, is likely not representative of the population overall (the dementia outcomes between the physically “active” and “inactive” groups weren’t numerically large, but were statistically significant). Finally, as with all studies of this type, the results are correlational, not causational. We’re observing an association between factors, not finding cause and effect.

Having said that, the correlations from study to study continue lining up in a certain direction. Staying physically and mentally active in middle age isn’t a dementia cure, but more and more it seems a potentially important part of reducing risk.

The study was published in the journal Neurology.