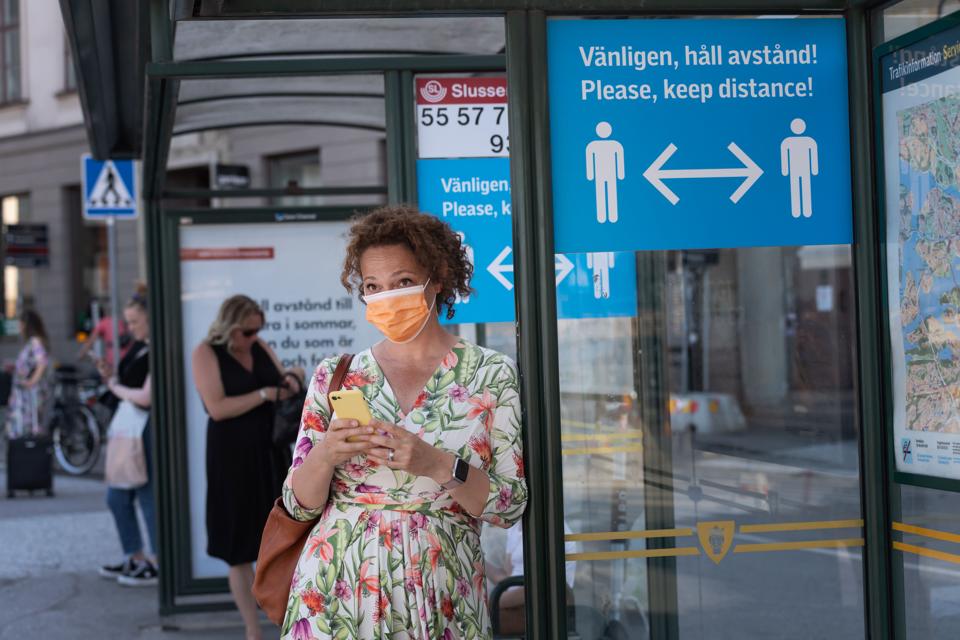 While much of the world has been in various states of coronavirus lock-down over the past few months, many have been keeping an eye on Sweden.

Unlike its neighbors, the Scandinavian nation chose to forego the mandatory shuttering of entire segments of its economy and society to beat back Covid-19, relying instead on voluntary measures and personal responsibility.

Now a new analysis of this approach finds it resulted in more deaths as predicted, but the overall picture is more nuanced and surprising.

As governments around the world were ordering citizens to stay home beginning in March through the end of April, the Swedish approach was far more muted. High schools and universities closed, but younger children stayed in school, shops stayed open and Swedes were encouraged to socially isolate and stay a few feet away from each other, but to do so voluntarily.

For weeks, headlines in the English-speaking world called out Sweden and its outlier approach. Sweden stayed open, and as a result, many Swedes died. That was, and has been, the basic narrative.

The new analysis from researchers at Uppsala University in Sweden and the University of Virginia School of Medicine confirms this simplistic storyline, but also finds both silver linings and a potentially darker explanation for the pandemic’s death toll in the country.

While more people have died of Covid-19 per capita in Sweden than in many other countries, the outbreak of the disease did not crush the nation’s health care system and overload its intensive care units as predicted.

“Analyzed by categorical age group, older Swedish patients with confirmed COVID-19 were more likely to die than to be admitted to the ICU, suggesting that predicted prognosis may have been a factor in ICU admission,” the researchers write in a study published online for the journal Clinical Infectious Diseases. “This likely reduced ICU load at the cost of more high-risk patients dying outside the ICU.”

The implication here is that Sweden chose to emphasize personal responsibility, but when the choice led to increased infections among the elderly, medical professionals seem to have taken on the responsibility of choosing who likely lives and dies.

Given that the analysis finds not all the nation’s ICU beds were occupied, it’s not even clear that this was necessary.

There were also some bright spots in the analysis, however.

“Our study shows that individually driven infection-control measures can have a substantial effect on national outcomes, and we see Sweden as a good example of this case,” said co-auth0r Peter Kasson from the University of Virginia School of Medicine and Uppsala University. “Higher levels of individual action would further suppress the infection, while a complete lack of individual action would likely have led to runaway infection, which, fortunately, hasn’t happened.”

The analysis finds that nearly a third of Swedish residents voluntarily self-isolated.

The result of the unique approach was less catastrophic than many predicted, despite the increased death rate. The country had three times as many deaths per capita compared to Denmark, Finland and Norway as of May 15, but it fared better than the United Kingdom and Spain while also lessening the economic impact of the pandemic.

The researchers say that the Swedish strategy provides key data that will continue to be analyzed and can help inform new strategies going forward.

“The key finding is that individual actions matter,” Kasson said. “If enough individuals stay home and take precautions when in the community, it can really change the infection curve. And we can’t let up now.”

For Microsoft, TikTok could bring numerous problems that have been plaguing Facebook and Twitter for years
Stabilization and operation of a Kerr-cat qubit
Here’s what happens in your body when you overeat just once
A broken cable has smashed a huge hole in the Arecibo Observatory
SpaceNews webinar | NOAA’s Future Satellite Architecture — Register today