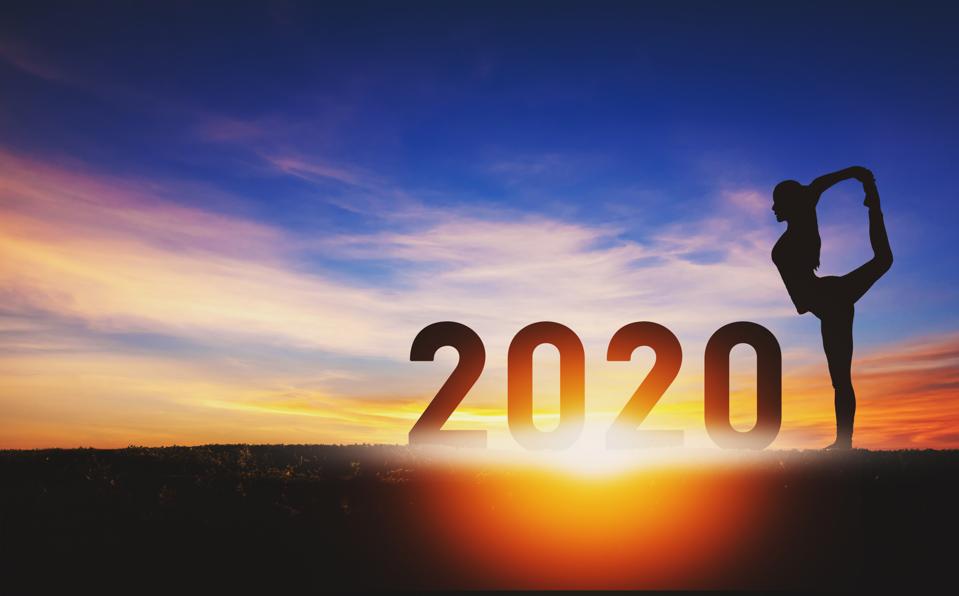 Every chocolate eclair has a golden lining. While the 2010’s have had its share of bogus and bad wellness trends, it’s also had its good ones. On the last day of the past decade, I covered for Forbes the Top 10 worst wellness trends of the twenty-teens. Let’s use the New Year to cover the really good ones. Now without further doggie-doo, here are the Top 10 best:

“Athleisure” or “activewear” clothes are more comfortable but also stylish garbs that you can wear during athletic activities as well as others such work, going to school, attending parties, and getting arrested at protests. It’s basically melding sportswear with everyday wear, making it easier to meld physical activity with everything else. Why not? After all, many classic office-wear clothing items make about as much sense as the lyrics of the song Ice, Ice Baby. For example, neckties have little practical purpose, except to dab the tears in your eyes from your dreams being slowly crushed by your boss.

Then there are eco-friendly clothes, those that are less likely to pollute the environment. For example, they may be made out of natural fibers rather than petroleum-based clothing, which can be a source of microplastics, making oceans look like a bedazzler gone overboard, so to speak, as I’ve covered before for Forbes.

While I was in medical school, an anesthesiologist once told me, “the best thing about anesthesiology is that you get into work at 6 am and then.” Everything sort of went hazy after he said that, because, to borrow a quote from the movie Jerry McGuire, he definitely didn’t have me at 6 am. Even if he had continued by saying,”they provided gold bars and sushi,” that workday start-time basically ruled out anesthesiology as a career option for me.

Fortunately, the 2010s saw increasing recognition that not everyone operates best at the same hours. On one end of the spectrum are night owls, who prefer later-to-rise-and-later-to-bed hours. At the other end are people whose sole purpose is to make night owls miserable: the early morning people, the larks. Then, there is a whole continuum of people in between. Over the past decade, more and more workplaces began offering more flex hours, allowing employees to better tailor their “on times” to their own personal working styles.

Another trend was paying more attention to having more reasonable family leave policies. Note that the words are “paying more attention to” and not actually changing them. While some organizations have responded by offering longer family leave, not all are allowing mothers and fathers much time with, you know, those living, breathing, peeing, and pooping things that have appeared in their houses and apartments. As John Oliver pointed out in this 2015 episode of Last Week Tonight, the U.S. still lags most of the world (except for perhaps Papa New Guinea) in this area:

8. Doing something about the sitting problem

Is sitting literally the new smoking, as some began claiming that it is? Not exactly, unless you are doing something really weird with your bottom. What this saying is supposed to highlight are the dangers of sitting around too much, which can lead to an increased risk of obesity and other non-communicable diseases (NCDs). The 2010s saw various trends aimed at decreasing your sitting time, such as standing desks, conducting meetings while standing, desk cycles, computer screen reminders to periodically get off of your butt, and the movie “Abraham Lincoln: Vampire Hunter” to get you moving more or out of your seat. Not all of these will necessarily sit well with time though. Standing too long has its perils too, such as back and foot issues, and people asking you to stop blocking their view in the movie theater. And if you’ve got a standing desk, you’ve got to be real careful when propping your feet on the desk.

Eating more plants and less meat can be better for not only your health but also the environment. Fruits and vegetables are naturally lower in saturated fat and sodium and can be higher in sodium and many types of nutrients and antioxidants. Plus, meat production can add lots of carbon and other types of pollution to the environment, and it’s not just from cows farting. The past decade did see an increase in plant-awareness and plant-based options. Heck, there is even meat-free haggis now, which is a bit like Game of Thrones without the killing and the sex. Keep in mind, though, plant-based doesn’t automatically mean healthy. Some plant-based dishes can have plenty of bad stuff added such as saturated fat, salt, sugar, and artificial ingredients. Also, if you are vegan, don’t go acting like the Todd Ingram vegan character in the movie Scott Pilgrim vs. the World. Being vegan won’t automatically make you better than others, as this tweet references:

6. Waking up to sleep problems

What you do in bed matters, a lot. No, not that the stuff that takes on average 5.4 minutes to do with a range of 0.55 minutes to 44.1 minutes, based on a study of men in the Netherlands, United Kingdom, Spain, Turkey, and the United States published in the Journal of Sexual Medicine. Instead, I’m referring to what you usually do in bed, which is sleep or, at least try to sleep. Getting less than seven hours of sleep a night is linked to increased risk of obesity, high blood pressure, diabetes, coronary heart disease, stroke, frequent mental distress, and death. And if you are dead, you can’t do that other stuff in bed, at least you really shouldn’t. A study published in the February 19, 2016, issue of the Centers for Disease Control and Prevention’s (CDC) Morbidity and Mortality Weekly Report found that more than a third of Americans regularly fall below this seven hour threshold. While many of these sleep problems have not yet been adequately solved, at least there seems to be more awareness for now.

And Zen there’s this trend. It isn’t a completely new trend. In fact, various meditation and mindfulness practices have been common for hundreds of years in many parts of Asia. What’s new is these practices are becoming more mainstream in the U.S. For example, my previous article in Forbes covered how the NBA has incorporated such practices into its Rookie Transition Program. Being more in touch with your mind, your feelings, and your environment can’t be a bad thing. Maybe mindfulness can help counteract another trend that’s happening on social media: mindlessness.

Here is a video from the National Center for Complementary and Integrative Health (NCCIH) on the origins and traditions of meditation:

Surprise, surprise. Everyone is not the same. You all don’t have the same bodies, the same minds, and the same circumstances. You all don’t like to dab. For too many years, too many people, whether its medical researchers, people trying to sell stuff like diets and medications, or people making policies and guidelines, have overlooked the individual and tried to lump people together into gigantic buckets. The 2010s saw increased realization that this just doesn’t work, that you actually have to, gasp, get to know someone before making many judgments and giving advice.

If you have a bleeding arm, would you ever try to hide it or fear that someone will say, “ha, ha, that’s the bleeding arm guy, look at how bleeding his arm is.” Similarly, hiding mental health issues for fear of stigma and social and career implications makes little sense. You can’t address an issue if you don’t know about it. The 2010s had a number of athletes, movie and television stars, and other celebrities be more frank about their mental health challenges. For example, in this Today show segment, celebrities Carson Daly, Kristen Bell, Ryan Reynolds, Kevin Love and Michael Phelps discuss their anxiety, depression and other mental health challenges:

2. Efforts to increase sports participation and make it more inclusive.

Physical inactivity has become a major worldwide problem that’s gotten worse in the 2010s. Sport participation, especially among kids, dropped in the 2000s and much of the 2010’s with sports becoming too expensive, too competitive, and too inaccessible to play for many and a range of more sedentary activities like social media and putting Tide Pods in your mouth competing for attention.

But there is hope. The past decade witnessed increasing diversity among professional and other high profile athletes. Events like the 2019 Women’s World Cup provided a greater showcase for women’s sports:

The 2010s also saw more Black athletes dominate in roles, such as being an NFL quarterback, that not too long ago seemed reserved for White athletes. Moreover, initiatives like Project Play 2020, which I have described previously for Forbes, launched to increase youth participation in sports.

Oh sugar, who would have thought that drinking sugar water would be a bad thing? In the 2010s, there was finally a whole lot more attention paid to the dangers of adding sugar to everything. This included trying to find ways to curb the consumption of sugary drinks, such as warning labels and soda taxes, and helping people better understand how much sugar is being added to food. One example is when First Lady-at-the-time Michelle Obama worked with the U.S. Food and Drug Administration (FDA) to add a new category to the Nutrition Facts label: “Added Sugars.” The actual implementation of this change has been delayed under President Donald Trump’s administration.

Alas, 2020 is no longer just name of a television show or a perfect reading on an eye exam. It is now when we are. How many of these best wellness trends will continue and expand? You may want to sleep on it.