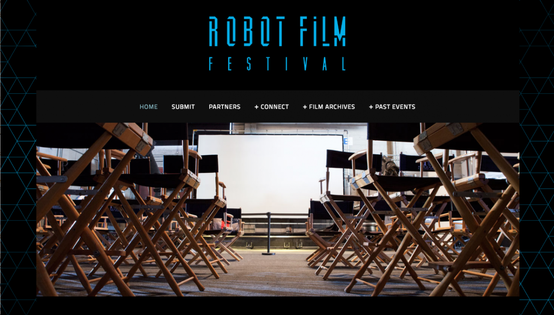 The 8th annual Robot Film Festival kicked off this past Saturday in Portland, Oregon, celebrating films of both real and fictional robots. The festival is co-founded by Heather Knight, roboticist, MIT and Carnegie Mellon Graduate and agent/handler of the robot stand-up comedian, Data.

Why a robot film festival? “The point is to really create a conversation across technology, across creatives and innovators,” says Knight. “I think it’s really important that they talk to each other and be mutually inspired.”

The motif this year: vintage robots. Each part of the program is themed after popular 1980’s robots from movies like Short Circuit, Batteries Not Included and Weird Science.

The festival program is comprised of films, interactive art, live demos, Q&As, a robot cocktail party and an award ceremony . This year’s events were introduced by Knight and Evan Ackerman, contributing editor for the popular robotics blog Automation.

Headlining the festival: The Nostalgist, a 17 minute short film based on the writings of the Daniel H. Wilson, author of Robopocalypse. The screening was followed by a Q&A with Wilson.

Knight, an assistant professor and researcher in social robotics at Oregon State University, says she and co-founder, Marek Michalowski, want to share positive developments in robotics with the public:

We want robotics researchers to share what they’re doing. For us, we know most of the robots that are out there, but the average person that comes to our festival that does not have a robotics background, they’re often flabbergasted by some of the stuff that’s going on in research, because we aren’t always sharing things that we do.”

The festival has another mission: to combat negative robot stereotypes in the media. Knight talks about the festival’s mission as a carefully curated positive representation of real and fictional robots: “If you randomly google robot films, you do not get positive short stories about robots,” says Knight. “This is a curation that’s presenting a positive vision of the future.”

Some entries from last year’s festival:

Donny the sentient drone wins ‘person of the year’ award. He speaks to an audience of humans about the course of human-robot relations and his vision of a utopian future (watch for the twist at the end).

A robot named Cassie Blue plays in snow for the first time. Cassies’ creators from Michigan Robotics, Dynamic Legged Locomotion Lab, film the robot stomping around on a rooftop covered in freshly fallen snow, then wiping out in spectacular fashion.  The robot’s creators delight at the pratfall.

Robot fans and friends gather to enjoy their favorite robot toys and films at The 8th Annual Robot Film Festival.