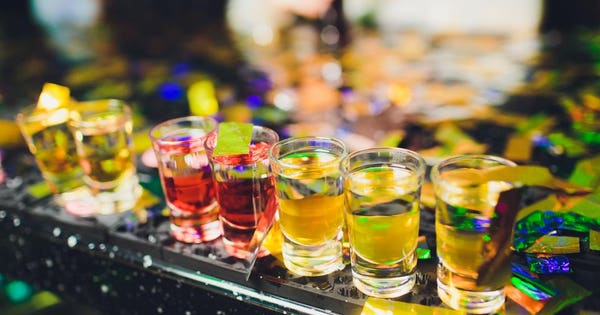 When talking about drug abuse and drug-related death in the U.S., most conversations and statistics do not include alcohol. Although alcohol is classified as a depressant, the amount consumed and type of alcohol determine the outcome and thus, most individuals think of it as separate from other drugs. But that doesn’t change the impact that alcohol has on the body, the mind, or the shocking statistics of abuse and death that are attributed to alcohol use and abuse.

In fact, many people use alcohol as either a substitute or a compliment to other kinds of drugs

However, new graphics created by the American Addiction Centers’ River Oaks Treatment facility show just how significant – and different – state level use and abuse of alcohol and other drugs can be. Using CDC data from 2013-2017, the facility looked at per capita death rates from drugs and alcohol, tracking the percentage change from both causes for each year as well as the overall death rate.

What became most obvious from the assessment is that different states struggle with alcohol abuse than traditionally struggle with drug abuse. And in some cases, states are unfortunately battling both in tandem.

While most states battling the opioid epidemic are northern and eastern states like West Virginia, New Hampshire, Rhode Island, Pennsylvania and Ohio, it’s western states that have the biggest problems with alcohol.

For example, based on 2013-2017 data it appears that New Mexico, Montana, Wyoming and Oregon have the most alcohol-related deaths in the U.S.

However, when the maps are overlapped and both drugs and alcohol are taken into consideration, there are some surprising findings that appear related to the most deaths per capita. First, West Virginia moves into a category by itself, with more than 70 deaths per 100,000 people. New Mexico and Ohio are not far behind, indicating that many in these states are using both drugs and alcohol.

Other interesting findings are that both Texas and Mississippi fall into the lowest category of per capita deaths for drugs and alcohol, with less than 20 per 100,000 people.

The biggest takeaway from the new release is that while many people and politicians like to blame America’s drug crisis on opioids alone, there are other factors at play. And it’s imperative that we include alcohol in the conversation.