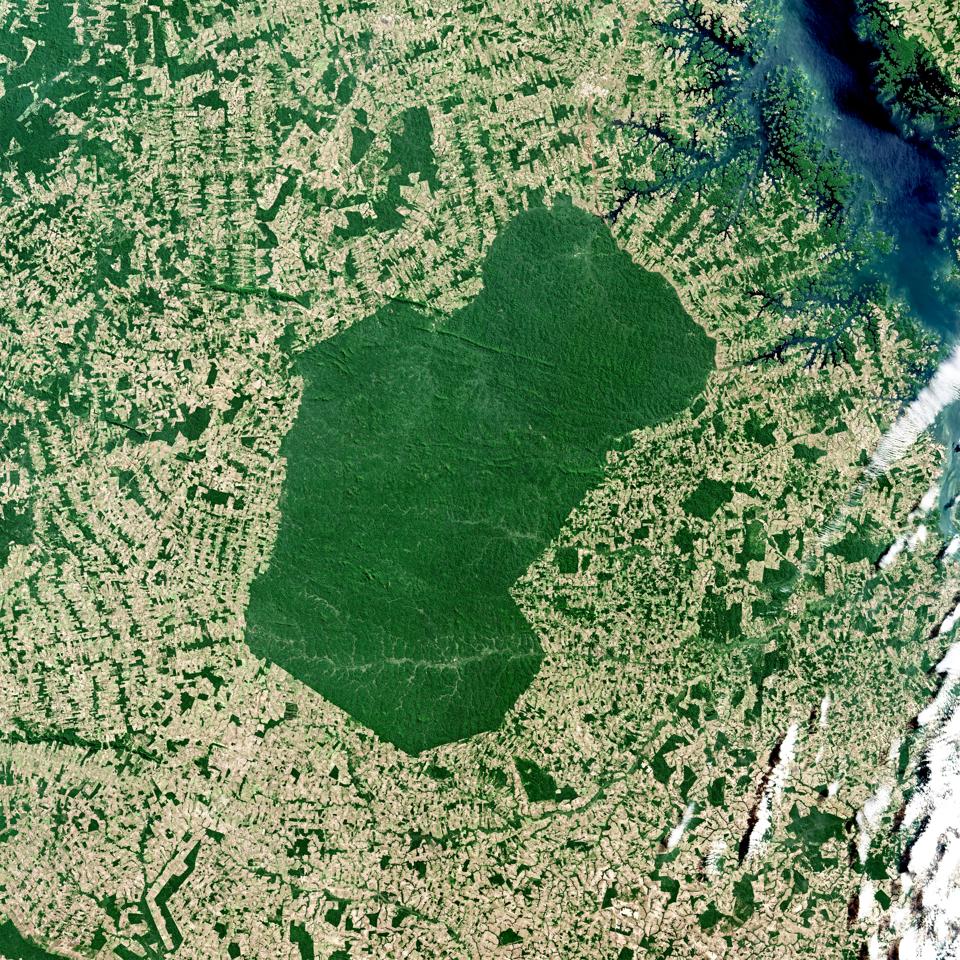 The head of the National Space Research Institute (INPE), essentially Brazil’s version of NASA, was relieved of his duties this week. It wasn’t because of a scandal or financial mismanagement. Numerous media reports claim that it was simply because leaders of the country didn’t like what his agency’s satellite data was showing about deforestation in the Amazon rainforest. I will pause and give you a few moments to digest what I just wrote. Dom Phillips wrote in The Guardian this week,

“Bolsonaro (the Brazilian recently elected President) and has ministers have called its release irresponsible and an attempt to stain Brazil’s image abroad. Last month he called INPE numbers “lies” and implied that Galvão was in “the service” of a foreign non-profit group.”

If the assertions are true, this is very disturbing. I am a scientist so will not get into the rumors and politics behind the firing. However, I do want to affirm that other satellite data consistently show deforestation in Amazonia even as its dynamics are changing.

The Brazilian Real Time System for Detection of Deforestation (DETER) is a satellite-based system. According to the Climate Policy Initiative website it:

According to the Brazilian Space agency, data show dramatic increases in deforestation in recent months, but apparently some officials “disagree.” According to a CBS News report, it is estimate that roughly 20% of the original Amazon has succumbed to deforestation due to industrial agriculture activities. Though the pace had slowed some in recent decades, environmental groups have also confirmed DETER observations, an uptick in increased deforestation. A 2016 report released by INPE warned that deforestation increased by 29% that year though that number was still lower than rates in 2004. In an analysis published at a Yale University environmental website, ecologist Philip Fearnside presented data from INPE revealing that an area of the Amazon roughly the size of France has been deforested as of 2016 (see graphic here).

The image above from 2017 is from the Landsat satellite. It shows a large area of deforestation surrounding the Parking Indigenous Reserve in the Brazilian state of Para. Landsat is a satellite program developed by NASA and operated by the U.S. Geological Survey (USGS). This satellite program along with numerous other platforms operated by the United States and other counties have improved monitoring of deforestation significantly in recent years. Approximately 184 square kilometers of the Amazon were lost in 2017 according to The Institute of Man and the Environment of the Amazon (Imazon). That number exceeded losses in 2016. Sue Palminteri, writing in the Mongabay Online notes, “The massive increase reflects Brazil’s use of a more accurate satellite monitoring system that incorporates radar, which can see land cover at night and through clouds, and suggests prior deforestation rates were likely underestimates.”

Her point is valid. In the United States, improved Doppler radar technology refined observation in tornadoes over the past few years. I suspect improved technology is contributing to deforestation assessments. For this reason, there is no reason to trust recent analysis from INPE. Additionally, Landsat, MODIS, and other satellite observations have a pretty robust and lengthy data records too.

Additionally, a 2018 study published in Nature Scientific Reports found that the dynamics of Amazon deforestation are changing:

The picture below was taken from the International Space Station over Bolivia. The astronaut snapped the shot in 2018. For comparison, click on the link here to see the same region over 15 years ago.

A recent Pew survey found that scientists are considered the most trusted profession y the public. This is an encouraging result since science is based on data and observations and should not bend to opinions and policy. While scientific data should be scrutinized, the beauty of modern science is that we have multiple ways (and data) to analyze the problem. We don’t have to rely on just Brazilian satellites to measure Amazonian deforestation. Cas Mudde is the Stanley Wade Shelton UGAF Professor of International Affairs at the University of Georgia and one of the foremost experts in the world on far-right politics. My colleague sent me a message to ponder in closing:

“Traditionally the far right has been sympathetic to environmentalist claims, believing that flora and fauna are integral parts of the nation, but new conservative-far right hybrids in the U.S. and Brazil see them as a commodity to be bought and sold.”