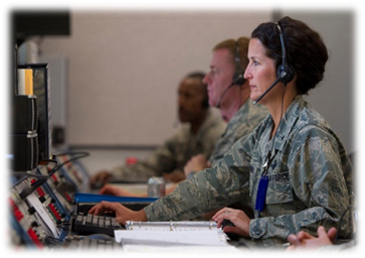 Maj Gen Nina Armagno, Director of Space Programs for the Secretary of the Air Force

Success in space is much like that in any team sport: every team member, from the most senior leader to the newest hire, must relentlessly pursue contradictory values, individual excellence and commitment to team goals. Because of that, only a very rare few can break the mold, defy the odds and pave the path for others as pioneers. Except for a handful of early astronauts and a couple of charismatic visionaries from the commercial world, very little is ever memorialized about the leaders of our space enterprise. Those early leaders and their successors in later NASA and Air Force programs, have made important and lasting contributions to the achievements in space. For many reasons, however, these individuals were historically disproportionately male.

The first space race was marked with a culture of marginalization. While some women like Margaret Hamilton were recognized decades later for their contributions towards those missions, their numbers were small and they were rarely at the helm.

In today’s space race, the next giant leap for humankind is about both men and women leading together. Over the last decade, there has been a dramatic pivot to help facilitate and promote  more female leadership in nearly every corner of the industry—from civil to commercial to military—and we’re watching women outpace their male predecessors in extraordinary ways.

While the United States rightfully celebrated the landing and safe return of the first man on the moon during the Cold War, the Soviets had already celebrated another key victory: the first woman in space, six years prior. Valentina Tereshkova became a heroine and a leader in her own right, leveling the playing field for both teams to play with an entire roster of male and female talent. Since then, women have long been integral to space achievements but a new chapter of equality has emerged, wherein the “first woman to” title matters far less than the “first person to”—a change that is making all the difference.

Rarely in history has a whole new economic sector been poised for explosive growth at the same time that a large and diverse talent pool is prepared to lead it. In the past decade, women have engaged in a full-court press to contribute to the space team’s overall goals. Betty Sapp, the former Director of the National Reconnaissance Office, was the first leader to actively address a long-term strategy to incorporate commercial remote sensing into a comprehensive space architecture that included our nation’s most classified programs.

Lori Garver, NASA’s former Deputy Administrator, conceived and advocated fiercely against an entrenched bureaucracy for a new business formulation in full swing today across many agencies of the entire federal government—the public-private partnership, which encourages commercial companies to partner with NASA engineers to accomplish real missions.

Dr Ellen Pawlikowski held many space leadership positions in the U.S. Air Force before retiring as a four-star general. In addition to leading a complete turnaround of a space acquisition corps that had eroded in technical competence, Pawlikowski is also credited with introducing commercial competition into a launch business and assuring the world that GPS, and the multi-billion dollar commercial economy that relies on it, would remain an accountable utility for another 30 years.

Two extraordinary leaders, Nina Armagno and Natalya Bailey, are demonstrating their own version of leadership to the world today, too. The Air Force’s Space Acquisitions Director, arguably the most important Pentagon position for the future of national security space, is currently held by Major General Nina Armagno, a career space officer with an eye watering career. As the daughter of grateful Italian immigrants who set the highest standards of excellence for their children, General Armagno quickly rose to become a wing commander, mentoring hundreds of other men and women along the way. She holds herself to the standards her father set for her and her brothers and has learned that the best leaders put their people and their peers first, both as a mentor and a source of encouragement. As she looks to the future, her message is not one of gender, but of the mission. Without hesitation, General Armagno highlights next generation commercial space companies as potential draft picks, “important mission partners” in her words, to help the nation’s team compete in the space race against our near peer threats of China and Russia. This general clearly recognizes the need to lead and mentor talent from every arena including men and especially women, while also looking for team members from both the  private and public sector to increase the U.S.’s speed, agility and potential to win. With General Armagno leading the Space Force into the future, the rest of us can sleep well knowing our nation is well defended.

Dr. Natalya Bailey, founder and CEO of Accion Systems, was also raised by immigrant parents and made her own mark on the industry. Natalya’s walls are full of degrees from San Diego State, Duke and MIT and she is representative of the newest generation of American business leaders. With an upbringing that encouraged her to challenge herself with science and engineering studies, she is now a strong advocate for early engagement with children to encourage them to work hard, seek out advice and bring balance to their lives. Natalya believes that, unlike many of her female trailblazers, being a woman has actually facilitated her rapid rise. She says most of her biggest supporters were men in her professional circles, who taught her to lead by example and reward mutual support and trust. Dr. Bailey is now paying it forward, investing her time and her capital as an investment partner in XFactor Ventures, a venture capital firm dedicated to early stage investing in women founded companies. More than anything else, she tells me, “a respectful culture is imperative.”

For us to really unlock our potential and win the space race, America must continue to take advantage of every player on our roster. This year marks the 100th year since the ratification of the 19th Amendment, which finally gave women the right to vote and so began a remarkable century. Since then, innumerable examples of female leaders have made important contributions in the first space race and it is undeniable that women will continue to play a fundamental role in leading the second space race.

We must never stop recognizing that diversity is our nation’s most powerful weapon. Our best hope for the future is to be open to opportunities from all sides, including commercial space, to help ensure a lasting change. The next giant leap is about women and men leading together, so let’s give Team USA the best chance to win the new space race.

EcoFlow off-grid portable power stations and solar panels up to $350 off, deals from $299
In 1181 a rare explosion lit up the sky, and we may have finally found what it left behind
Apple Card owners are having problems ordering their iPhone 13
Will climate migration derail the 4th industrial revolution?
Daily briefing: How blue food can help feed the world