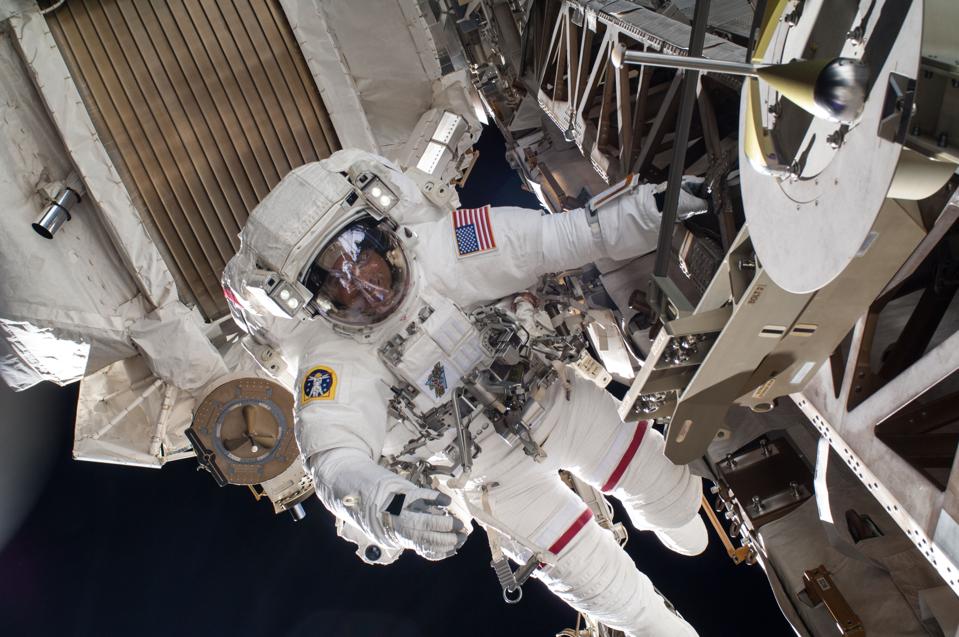 NASA astronaut Chris Cassidy will go outside the International Space Station for the first time Friday since a 2013 leak that risked drowning his crewmate in a similar spacesuit.

The new spacewalk will see Cassidy and fellow astronaut Bob Behnken start replacing batteries on the space station in the expected seven-hour excursion.

Cassidy’s last spacewalk seven years ago ended early due to an emergency in space. Cassidy’s crewmate, Italian astronaut Luca Parmitano, had his helmet fill with water due to a leak in the spacesuit’s coolant. Cassidy is a former Navy SEAL and Parmitano a former military pilot, so the two were well-versed in working in emergency situations even before their extensive training at NASA; they therefore took action quickly.

NASA and ISS crew members brought the astronauts successfully to safety inside the station; the agency later implemented new procedures and spacesuit fixes to prevent a dangerous leak from happening again. The NASA spacesuits have been used many times since in the last seven years with no major incidents, although everyone remains vigilant.

Behnken is continuing a memorable few weeks himself, as he was part of the crew flown to space in late May on the historical Demo-2 mission, NASA’s most popular online event yet. Demo-2 saw a SpaceX Crew Dragon spacecraft bring astronauts to space for the first time, opening the doors to the commercial crew program to largely replace Russian flights to space.

Spacewalks are one of the hardest and most dangerous things astronauts do. They are protected from the vacuum environment by several layers of material in their spacesuits, spacesuits that were developed in the 1970s and are still used today for on-orbit work. NASA’s Extravehicular Mobility Unit spacesuits (which were used during that fateful spacesuit leak) have mostly been working like champs during these decades. That said, the agency is working on newer spacesuits (ones more friendly to all body sizes, including women) for the Artemis missions to the moon expected to start in 2024.

Friday’s spacewalk will be familiar territory for the two participating astronauts, as Cassidy will be going outside for the seventh time and Behnken, for the eighth.

The excursion could last about seven hours as the duo make their way to a truss structure and start removing older nickel-hydrogen batteries to replace with newer lithium-ion ones. The newer batteries are supposed to last longer and to put less of a load on the more than 20-year-old station, while powering essential functions such as lighting, experiments, cooking and everything else the astronauts need far away from home.

Coverage of the spacewalk begins Friday at 6 a.m. EDT as the astronauts finish their procedures to go outside. The spacewalk is expected to start at 7:35 a.m., but that depends on how fast the suitup procedures go. You can watch the entire thing on NASA Television.

Countdown to Mars: three daring missions take aim at the red planet
DoD research and engineering director Lewis to temporarily fill Griffin’s former post
Replenysh raises a $2 million seed round to streamline recycling for buyers and sellers
Apple’s next iPhone update adds new privacy protections — and you won’t be able to miss them
Do You Speak ‘Earth English?’ Why Interplanetary Immigrants Of The Future Will Struggle To Chat