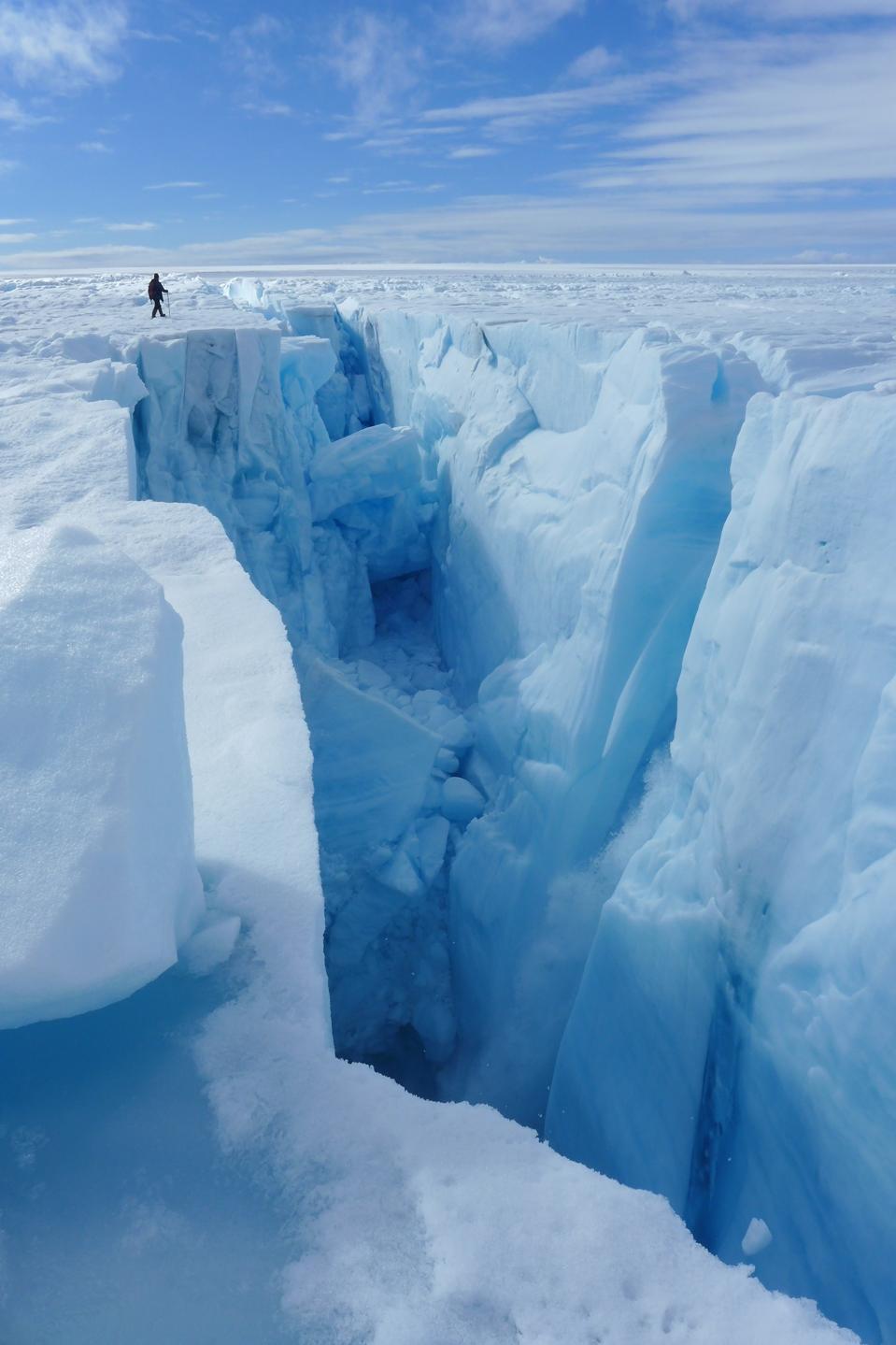 Every summer, lakes and rivers of meltwater form on the top of the Greenland Ice Sheet. New research using custom-built drones shows that when this seasonal system intersects with fractures in the sheet, it can send millions of gallons streaming beneath the ice, where it helps destabilize the single largest contributor to rising sea levels.

A team of researchers from Cambridge University used drones to show how meltwater expanded a lake until it came in contact with a fracture that formed the previous year. The fracture, in turn, expanded further beneath the lake, causing it to drain rapidly. In five hours, 1.3 billion gallons (five million cubic meters, or 2,000 Olympic swimming pools) drained towards the bottom of the ice sheet.

“Given that the ice sheet is typically a kilometer thick or more, the flow of water into the moulins may well be the world’s largest waterfalls,” reads a release from Cambridge.

When the draining was done, two-thirds of the original volume of the lake had been sent rushing towards the bottom of the ice sheet, where it can accelerate the flow of the ice towards the sea.

“It’s possible we’ve under-estimated the effects of these glaciers on the overall instability of the Greenland Ice Sheet,” said co-first author Tom Chudley, a PhD student at the Scott Polar Research and the team’s drone pilot. “It’s a rare thing to actually observe these fast-draining lakes – we were lucky to be in the right place at the right time.”

The team’s findings were published this week in the Proceedings of the National Academy of Sciences. They find that meltwater has a big effect on the glaciers’ flow and that the whole system may be changing even more quickly than previously thought.

“These glaciers are already moving quite fast, so the effect of the lakes may not appear to be as dramatic as it is on slower-moving glaciers elsewhere, but the overall effect is in fact very significant,” said Dr. Poul Christoffersen, who led the research.

If you take the ice being lost from the Greenland Ice Sheet and subtract the snow accumulation on top of it, the total lost still amounts to about a billion tons of ice each day.