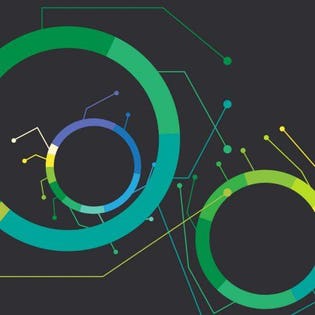 Math can be a difficult subject. In school, I remember being fairly good at math but it seemed a lot of my fellow students were not. There were times when I helped to tutor other students in the class and I found that helping someone understand mathematical concepts was quite rewarding. Once a student understood the basic concepts everything else seemed to fall into place. That being said I often wondered why some people had an easy time with math and others did not. As it turns out math is a subject that is surrounded by myths, misconceptions, and other barriers that can keep students from performing well.

Earlier this year the Society for Industrial and Applied Mathematics, or SIAM, conducted a survey of over 1,500 high school students that were participating in their annual MathWorks Math Modeling Challenge. In this survey, they included a few questions about the subject of math that are helping to dispel some of those myths and identify some of the barriers. Hopefully, this information will be used to create a path to help everyone succeed in math.

This graph shows the results from the question “What do you see as being the biggest misconceptions students have about math?”

Debunking these myths could play a large role in furthering math education. Any one of these misconceptions could stop a student from embracing the subject and possibly end their attempt at pursuing a STEM career. Addressing them will mean that more students give math a chance to enrich their lives.

When studying math it can be easy to get frustrated. Math concepts can be hard to understand at first and often it just takes a little bit of time and effort to get a student to the point of understanding. I was a pretty good math student but almost never understood concepts in my calculus class on the first try. Fortunately, I had excellent teachers, supportive parents, and an older brother that could give me a little extra help when I needed it.

As part of the survey, the students were asked what they thought the most common mistakes that are made when solving math problems. The results were right where I thought they would be. About 44 percent of them said that most mistakes were conceptual errors because they did not understand the concept or the logic that was needed to solve the problem. Another 37 percent said that most mistakes stem from careless errors like not following directions or writing the wrong number down. Surprisingly, only 17 percent of the student believed that most mistakes come from computational errors like adding or subtracting incorrectly.

This graph shows the results from the question In your opinion, “What is the most common mistake students make when it comes to solving math problems?”

Other than the mistakes that students make there can be other barriers that keep them from excelling at math. In the SIAM survey, the students were asked what they think these barriers might be and 25 percent pointed out that a simple lack of motivation is probably the largest barrier. Another 20 percent believed that putting a priority on test scores rather than understanding the material was the largest barrier. That last number made me a little sad. Growing up my teachers almost always emphasized understanding the material rather than getting every problem correct. Most would give partial credit on questions were the student showed and understanding but still got the wrong answer due to careless error or incorrect calculation.

The is graph shows the results from the question “What do you think is the biggest barrier to excelling in math?”

Math can be a tricky subject but it does not have to be a hard one. Concepts of logic and critical thinking learned in math can be applied to many aspects of everyday life. Our nation’s youth needs these concepts and they just are not getting them. Math ACT scores are currently at a 20 year low in the US and that’s not going to change without help. Hopefully, this survey will cause some kind of action to take place.

If you would like to learn more about the MathWorks Math Modeling Challenge please visit their website.