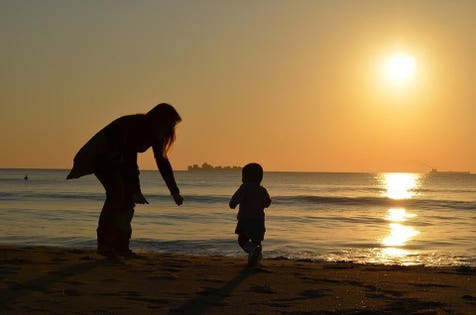 This world, and for that matter, the entire Universe, is full of things that inspire awe and wonder. We often marvel at the variety of ways that matter and energy can assemble themselves. Every incarnation is unique, and is part of the same cosmic story we are. But existence is also terrifying, as every structure that the Universe creates is fundamentally finite, limited, and doomed to inevitable destruction given enough time.

In particular, there’s one science fact that universally seems to shatter each and every person upon learning it: the fact that the Sun, our Sun, the bringer of warmth, light, energy, and the sustaining force of all life on this planet, isn’t going to shine forever. Quite to the contrary, someday, the Sun will die in a fiery, catastrophic explosion, one which will quite possibly obliterate our entire planet, and then eventually cease to shine at all.

But that’s no reason to despair. In fact, the Sun’s inevitable death is a natural and necessary part of the Universe. Without this component of the Sun’s life cycle, we wouldn’t be here at all. The death of the Sun, and all the stars like it, is necessary to bring about the existence of creatures like us.

It’s an integral part of the stellar story of us — the fact that all stars eventually die — as it’s the heavy elements created only during a star’s life (and death) that enable the Universe to have:

Still, the fact that it’s our Sun we’re talking about makes its inevitable fate that much sadder to think about. When we’re being intellectually honest with ourselves, we are faced with not only our own mortality, but the demise of literally everything we’ve ever encountered throughout the entire history of our planet. It’s a philosophical and existential challenge for even well-adjusted adults.

Which is why I felt compelled to answer the following question I received from a distraught teacher:

I need a good explanation for a third grader, whose Mom tells me is deeply concerned, that the sun will blow up.

I sympathize with parents in this position, because on the one hand, you want to tell the truth to your children. You want to expose them to our most accurate understanding of reality, to have them learn and appreciate knowledge, science, and using their minds. But you want to do that with kindness, compassion, and optimism. So, how can you accomplish that when it comes to the literal end of the world?

But that’s not the full story, and it leaves out the best part. A star’s death brings a remarkable story of cosmic rebirth and possibilities for life to the Universe. It is a story of creation that goes hand-in-hand with destruction, and it follows just below. Give it a shot. It just might be the most remarkable, wonderful story an elementary schoolchild could hope to hear.

The Sun that you know, the brightest thing in the sky, is not very different than any other star in the sky. Even during the day, there are more than hundreds, more than even thousands of stars in the sky. You’d be able to see them, too, except that our star, the Sun, is so close to us that its brightness makes all the other stars invisible, except under the dark of night.

These stars, each and every one of them, live much, much longer than anything on Earth has ever lived. While healthy humans can live for maybe a hundred years and some plants and animals can live for thousands of years, the stars all live, burning brightly, for millions, billions, or even trillions of years.

That’s a very, very long time! But it isn’t forever, and believe it or not, we’re lucky that it isn’t forever. Because if the stars never died, if they never exploded, and if they never blew up, we wouldn’t have been able to be here, talking to each other, right now. And I’m so glad that we are, because today you get to learn one of the most amazing secrets about life, and I get to teach it to you.

The secret is that practically everything that makes up you, me, and the entire planet — the tiniest parts of everything we’ve ever known — they were all made inside a star. Thhe iron in your blood, the calcium in your bones, the nitrogen in your muscles and the oxygen in your lungs all were made in the insides of stars long ago.

But creating all those tiny pieces isn’t enough. They also needed to come together to make us, and it’s too hot to make something like you and me inside a star. In order to make the Earth, and you, and me, all the good things that the stars make need to get out, so they can make something new. And how does that happen?

They have to explode.

But it’s the insides of those stars, full of the things that it made while it was shining so bright, that make all life possible. The insides from those stars, created after millions or billions of years of them shining, return to the rest of the galaxy.

Once they’re there, they help make new stars, like our Sun, and also planets, like Earth, and — because we’re very lucky — a little bit of those insides make up you and me, too.

The stars of the past had to die so that you could be here, and someday, a long time from now, our Sun will return the favor, and help make more new stars, new planets, new worlds, and new chances for life.

So yes, it’s true that the Sun will explode someday. But when it does, that’s the greatest gift any star can ever hope to give to the Universe. It would be too greedy to keep that all for ourselves. After all, it took billions of stars giving that gift already in order to make you. And you know what?

And someday, our Sun will be lucky enough to give that ultimate gift to the Universe, too.