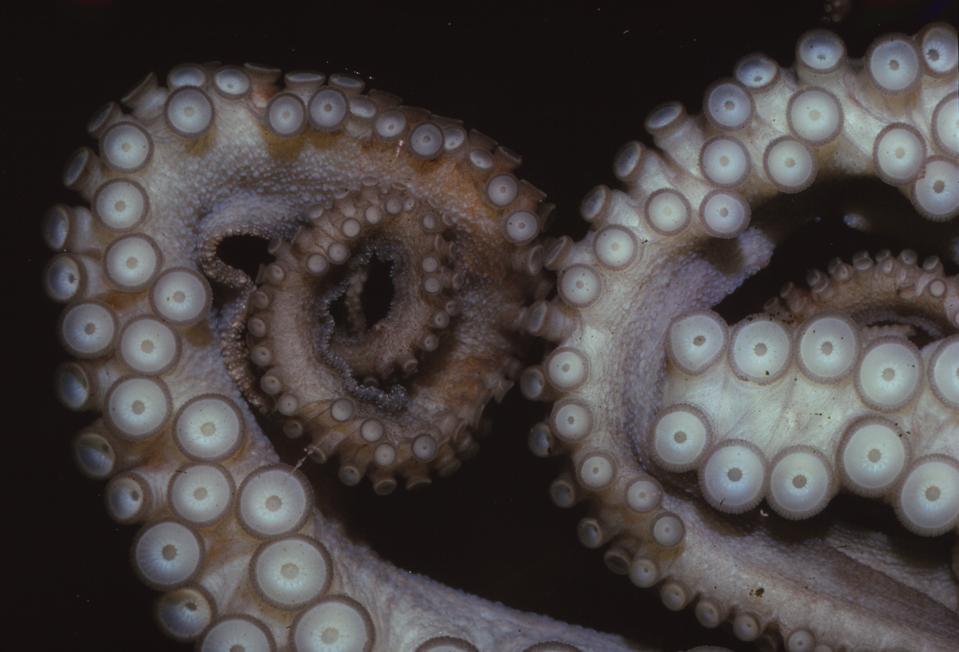 Once the stuff of nightmares, sucker-covered octopus tentacles are showing up more often on Americans’ plates. And while demand grows, the debate whether or not to farm the highly-intelligent cephalopods rages on. Most of the seafood we eat today is farmed, however octopus has been exclusively wild-caught due to challenges in hatching and raising them in artificial conditions. The possibility of farming is becoming more of a reality with new research, however some scientists are arguing against it on ethical grounds.

Farming octopus has presented some vexing challenges for decades. The natural 1-2 year lifecycle is challenging to replicate in a lab for many reasons. The cephalopods are extremely complex and intelligent. They can finagle open a jar to retrieve a morsel of food, and squeeze through a hole no bigger than the diameter of their eyeball. They are also prone to cannibalism if kept in close quarters. Their mild-tasting, chewy and sometimes delicate meat makes an appearance in popular foods such as poke and tapas. In Korea, octopus is sometimes eaten live and squirming on the plate, while in Japan, it is a favorite sushi dish. Octopus meat is high in many vitamins, minerals and healthy fats, and the demand for octopus meat is growing quickly.

Two thirds of octopus catch comes from Asia, with half of that from China alone. The countries that eat the most octopus are Korea, Japan, and Mediterranean countries such as Spain, Portugal, Greece and Italy. Americans aren’t the only ones with a taste for tentacles; Chinese and Australian appetites are growing as well.

Global production has more than doubled since 1980. While demand is increasing, landings (the number caught) for wild octopus are decreasing due to overfishing. This means that the amount of octopus available on the market is in decline. To address the dwindling wild pool, farming octopus is a hotly debated emerging topic.

Attempts at octopus farming are occurring around the world in the Mediterranean, Asia, South America, Australia and the US. One farm in Japan expects to be fully operational by 2020. But the question of ethics still remains; should we farm octopus at all? Animal-rights proponents and some scientists argue that octopus farming is a cruel and immoral practice. Octopus are considered to be highly intelligent animals that require stimulating and dynamic environments. They are shape-shifters to the extreme, can disappear in a cloud of ink, and can recognize human faces due to their forms of short and long-term memory. They have as many neurons as many mammals, and larger nervous systems than any other invertebrate.

A group of scientists are arguing against the development of octopus farming. One open letter, signed by over 100 scholars, argues that raising octopus for food is wrong on both environmental and ethical counts. Authors Jennifer Jacquet, Becca Franks, Peter Godfrey-Smith and Walter Sánchez-Suárez assert that the sterile, controlled, isolating and uninspiring conditions in a farming operation would negatively affect the well-being of a highly-intelligent creature that requires stimulation and seeks to control and manipulate its environment. Octopus are curious, active and exploratory. In New Zealand an octopus in captivity repeatedly short-circuited a bright light shining into his enclosure by squirting jets of water at it. “A life in solitary confinement for a curious mind is ethically wrong,” says Jacquet.

“Beyond their basic biological health and safety, octopuses are likely to want high levels of cognitive stimulation, as well as opportunities to explore, manipulate, and control their environment. Intensive farm systems are inevitably hostile to these attributes,” says Jacquet.

Because they are carnivores, octopus would rely on fishmeal and fish oil in a farmed setting, which generally comes from overfished stocks. Additionally, they require three times their weight in food to sustain them. While farming octopus may satisfy the human palate, it would be ecologically inefficient according to scientists. “Around one-third of the global fish catch is turned into feed for other animals, roughly half of which goes to aquaculture,” the authors explain, “Many fishmeal fisheries are subject to overfishing and are declining.”

The debate over farming octopus raises a question of ethics that bleeds into our societal understanding of what is acceptable to eat. Ultimately the moral dilemma that some may face when confronted with farming any animal is a deeply personal one. Farming pigs is a long-standing practice that is considered acceptable, for example, regardless of their high intelligence. While eating primates, dogs or cats is an uncommon and widely scorned practice worldwide, it is not ubiquitously taboo. Ultimately cultural norms and our understanding of sentience will dictate whether or not octopus farms will begin to pop up in the United States and abroad.