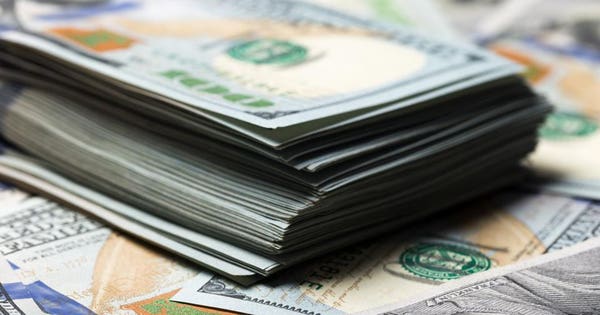 He calls it the Crime of the 21st Century. “It’s open season and there are no signs of abatement,” said Peter Lichtenberg. And though he’s not a financial planner, the Wayne State University psychology professor has made it his mission to help older people hold on to their money in spite of possible cognitive decline and the deceitful manipulations of those who would cheat them.

“Gerontologists have been studying cognition for 70 years,” Lichtenberg said. “But our work is understanding financial decision-making—what it is and how it relates to financial exploitation.”

Forty-eight million adults with and without cognitive decline over the age of 65 perform millions of financial transactions involving hundreds of millions of dollars each day. They are worth billions in income and assets. That’s a hard tug on the sticky fingers of thieves all over the world. And the pursuit of their money is one of the fastest growing consumer fraud issues today.

A leading expert in the prevention of financial exploitation in older adults, Lichtenberg has written seven books and more than 200 peer-reviewed articles on mental health in long-term care, geriatric depression and the detection and management of Alzheimer’s. In 2013, he became one of the nation’s first Diplomats in Clinical Geropsychology with the American Board of Professional Psychology (ABPP). As director of Wayne State University’s Institute of Gerontology and the Merrill Palmer Skillman Institute in Detroit, Michigan, he has won record levels of funding and created programs to benefit more than 10,000 older adults and professionals each year.

While the risk to their money is great, Lichtenberg said many older adults do a tremendous job of maintaining their finances well into the last decades of their lives. In fact, he said, some 95% of cognitively healthy older adults and those with some cognitive decline manage debt, pay bills and maintain good credit just as well as 50-year-olds.

He said the reason is because the facts we know, the expertise we have garnered and our vocabulary continues to grow throughout most of the life course. He calls it “crystallized intelligence.”

“Think about vocabulary,” he said. “Your vocabulary doesn’t just stop. It’s the same with expertise.”

Older adults who have always handled the household finances, will likely continue to do so unless they develop some type of dementia. But those who are forced to learn how to do the bills that their now-deceased spouse has always taken care of, very often cannot.

“Fluid Intelligence,” on the other hand is our episodic or new memories. New problem-solving skills are what suffer in old age, particularly in those who suffer from dementia. “The best example of this can be seen in signing up for Medicare,” he said.

In 2016, Lichtenberg and his colleagues at Wayne developed the Lichtenberg Financial Decision Screening Scale (LFDSS), a new tool that can be administered to older adults to test their financial decision-making capabilities. But researchers also found that their new scale could assist Adult Protective Services (APS) professionals who are often called on to assess financial decision-making capacity when they are investigating and attempting to prevent the financial exploitation of older adults.

But once they had created a way to test financial decision-making, researchers discovered that in consecutive APS cases, the LFDSS also detected financial exploitation.

So using a sample of 105 participants from APS workers across 5 counties, researchers applied the clinical scores obtained from the previous study to a new sample of APS cases. In doing so, they demonstrated that the LFDSS has “excellent internal consistency and clinical utility properties,” and that it is “a reliable and valid instrument.”

Lichtenberg said a huge challenge in preventing the financial exploitation of older adults is that neither criminal justice nor noncriminal justice professionals are equipped to detect financial reasoning capacity deficits. “Because decision-making capacity is a cornerstone assessment in cases of financial exploitation, effective instruments for measuring this capacity are essential,” he said. That initial pilot study for the LFDSS was conducted on 29 older adults seen by APS workers and 79 seen by other professionals.

In the 2016 study, Lichtenberg discussed his experiences with an 82-year-old man with undiagnosed vascular dementia who got caught up in the “Grandparent Scam.” In this deception, someone purporting to be a grandchild called his grandfather during the night insisting that he had been arrested in a foreign country and needed money to get himself out of trouble. Over the course of one week, the grandfather wired in excess of $100,000. Then there was the 84-year-old man with Alzheimer’s disease who could no longer manage his money or even shop at the local grocery store, but when taken to a bank, he signed a notarized reverse mortgage and lost $240,000 to his handyman—who, unbeknownst to the man’s family, had secretly befriended him over the previous six months.

Finally, Lichtenberg tells of the 79-year-old man with undiagnosed dementia who lost more than $2 million over a 14-month-period to his late wife’s former caregiver. In this case, APS had visited him four times and each time, took his word that he knew what he was doing—without taking any steps to assess his capacity for financial decision making.

These are the stories that led Lichtenberg to create the LFDSS—to help the criminal and justice system and financial services industry better detect financial incapacity and exploitation. As it turns out, his brief screening can be used by not only the APS worker called to investigate potential exploitation, but the banker being asked to transfer large amounts of cash overseas.

Lichtenberg said indeed there is no greater heterogeneity than in the aging population. “You have the 95-year-old who drives and goes out and encourages everyone to vote,” he said. “Then you have the 65-year-old who has had a stroke, is developing dementia and is disabled. Even in normal aging, there’s great variability.”

Even more the reason to have tools to protect older Americans from the numerous scams that can befall them, he said.

Lichtenberg said financial institutions have reported to the federal government over 180,000 suspicious activities targeting older adults, involving a total of more than $6 billion. A report released in February details the findings of a study of elder financial exploitation Suspicious Activity Reports (EFE SARs) filed with the federal government by financial institutions such as banks and money services businesses between 2013 and 2017. According to the Consumer Financial Protection Bureau (CFPB), it is “the first public analysis of EFE SAR filings since the Financial Crimes Enforcement Network (FinCEN), which receives and maintains the database of SARs, introduced electronic SAR filing with a designated category for “elder financial exploitation” in 2013. The findings provide an opportunity to better understand the complex problem of elder financial exploitation and to identify ways to improve prevention and response.”

Some of the key findings of the report include the following:

Lichtenberg said one the risks of older people losing their critical-thinking skills is the reality that they will be targeted by scams. And there are plenty. Along with the ones discussed above are:

This is the tip of the iceberg in terms of ways the unscrupulous go about trying to steal from older adults, Lichtenberg said. And sometimes even while laws are passed to protect the elderly, they inadvertently harm them if their rules prevent a sincere person from helping their loved one. “Thirty-eight states have passed Guardianship Laws,” Lichtenberg said.

Such is the case with the 82-year-old divorced retiree who had undiagnosed dementia and a net worth of $12 million. This one is called the “Romance Inheritance Scam.”

Most of the man’s finances were tied up in property, but he did have a considerable amount of obtainable cash that scammers wanted.

Unbeknownst to his children (because they are unable to obtain guardianship over him), the man gets tangled in romance scams with two different women who say they want to marry him. The inheritance twist is that the women need to marry and go to Ireland to receive “their $15M estate” because “in their culture only married women can receive inheritance.” Consequently, they need an attorney and money for other fees.

The man ultimately sends several hundred thousand dollars to “the attorneys,” and drives 1,000 miles to look for one of the “wives.”

It was at this point that Lichtenberg was called in to do an evaluation. Here is what he found:

Neurocognitively, the man is also full of surprises, though:

Still, despite intervention by the bank, the FBI and his family, the man continued to insist that the two women existed and that what he was doing was a legitimate enterprise, Lichtenberg said.  “He states, ‘I am worth several million so let me spend the money the way I want.’”

In the end, the man’s son was able to obtain guardianship over him, but Lichtenberg said this and many stories like it could be avoided if simple questions could have been asked of the person by a representative of the institution from which they are withdrawing their money or even an attorney:

“An attorney should ask, ‘How might that affect someone else? Who benefits from this financial decision?’ Does this decision change previously planned gifts or bequests to family, friends or organizations?,’” Lichtenberg said.

There is clinical proof that experience with finances protects financial management skills in aging, Lichtenberg said. But there is also proof that cognitive decline is associated with wealth decrements before the person is ever diagnosed with dementia. In the end, sound financial decision making is key to important financial transactions. So according to Lichtenberg, cognition, financial management and financial decision-making all play a critical role in financial exploitation and should be addressed as such.

“You should have a conversation with whomever you trust well before there are signs of cognitive decline,” he said. And that includes your financial planners and bankers. “What are they supposed to do if you walk in confused? The bank is not authorized to call a family member. We need to have plans in place. It’s a lot like health care planning.”

Lichtenberg welcomes older adults and their loved ones as well as anyone who works with older adults making financial decisions to visit his free site, Older Adult Nest Egg. Attorneys, bankers, estate planners, social workers, insurance agents, law enforcement officials, and employees of Adult Protective Services can all benefit from the free information offered, including an adult son or daughter charged with handling their parent’s checking account, or the neighbor who looks in on their elderly neighbor and friend and helps her pay her bills. The site offers education, training, assessments and resources for those looking out for an older person. It also helps frontline professionals review significant financial decisions to identify and protect seniors vulnerable to fraud.

What’s in store for the future of commuting?
Feast Your Eyes On Hubble’s Astonishing Images Of Galaxies Colliding And Stars Being Born
Has Romance Survived The Pandemic? A New Report Offers A Scientific Answer
These gravity-defying hills are one of the weirdest natural phenomena we’ve seen
Signal and Telegram downloads surge after WhatsApp says it will share data with Facebook