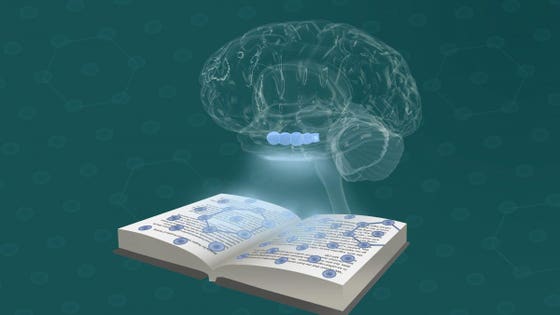 Think of a pink elephant riding a scooter. If your brain were scanned right now, neuroscientists would see a region of your spongy think organ lighting up. What they wouldn’t see is a pink elephant riding a scooter. A thought in a brain scan is very different than your experience of thinking. The chasm between the brain (grey matter) and the mind (thinking) is one of the biggest scientific mysteries. It’s a problem that has stymied neuroscientists, computer scientists, philosophers and physicists.

A paper out today in the journal Science offers a possible piece to the puzzle. Building on Nobel Prize-winning research in neuroscience, a team of researchers from the Max Planck Institute for Human Cognitive and Brain Sciences in Germany and the Kavli Institute for Systems Neuroscience in Norway, are proposing that the human thought process relies on the brain’s navigation system.

One of the researchers, Edvard I. Moser, received the Nobel prize for his discovery that place cells in the hippocampus and grid cells in the entorhinal cortex allow an organism to position itself and navigate through space. It may be helpful to think of the grid cells like a GPS map and place cells as the blue dot representing where you are on the map. Activation of place and grid cells occur when you’re navigating through your environment. As you move through the world, each new position in geographical space is reflected by a unique pattern of neural activity inside your brain that generates a mental map of a particular location that can be recalled whenever you’re returning to the same spot.

Grid and place cells don’t just spark up when you’re navigating through the world. Grid cells are active when you learn a new concept. This piece of evidence helped build the hypothesis that knowledge is organized in a spatial fashion.

“We believe that the brain stores information about our surroundings in so-called cognitive spaces. This concerns not only geographical data but also relationships between objects and experience,” says the paper’s senior author Christian Doeller via press release.

First author Jacob Bellmund says grid and place cells that physically exist in the hippocampus and the entorhinal cortex are the neural substrates of cognitive spaces. Grid and place cells are copiously studied in the context of navigation “but they’re also studied a lot in the context of memory or imagination–different cognitive abilities. We propose some ideas for how [grid and place cells] might do all these things using similar computations,” says Bellmund. He suggests these cells produce a trajectory through cognitive space, a coordinate system for our thoughts where we collect and piece together the properties of a concept. “Our train of thought can be considered a path through the spaces of our thoughts, along different mental dimensions.”

Bellmund hypothesizes that objects sharing similar properties are positioned closer together on a cognitive map. Yet any comprehensive theory of how we think will have to account for the thought process of cognitive outliers. For instance, skilled comedians routinely make unanticipated associations between wildly different concepts. “It’s a small world, but I wouldn’t want to have to paint it,” is one example from the brain of comedian Steven Wright. Bellmund says he hasn’t seen the studies on comedian thought processes, but if he were to hazard a guess based on this model, the surprise of a joke may have something to do with a comedian’s ability to rapidly connect remote but meaningful associations between very distant locations in cognitive space. Bellmund insists this is just a guess. It’s not a topic his team has explored in their research.

There’s also an important semantic distinction relevant to this paper and the scientific vernacular. The researchers here are offering a theoretical model of how the mind works. But it is not yet a scientific theory. A scientific theory can be tested, verified and used to make predictions. The authors of today’s paper propose a compelling hypothesis based on neuroscience that helps get us closer to a unifying scientific theory of mind.