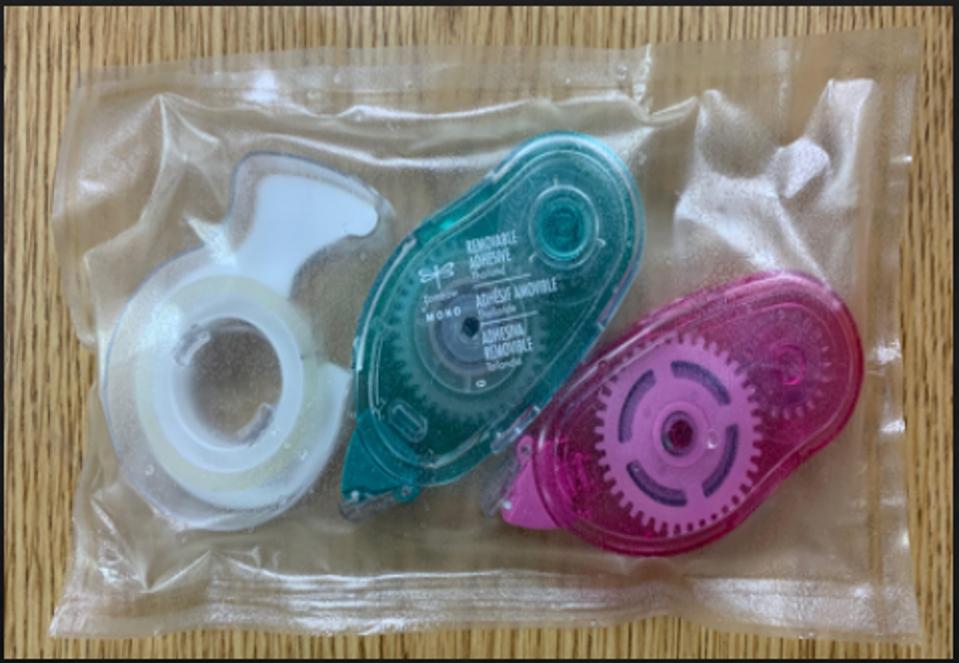 Regular plastic is a stubborn, angry thing. As soon as it’s created, its sole purpose is to exist, for about 1,000 years. Neptune Plastic, in comparison, is “a pretty chill and understanding thing,” says Marx Acosta-Rubio, one of three college students behind Neptune Plastics Inc.

The startup recently took home a prize from the Massachusetts Institute of Technology to bring its single-use marine degradable, wildlife digestible and backyward compostable plastic to market. Acosta-Rubio likes to demonstrate how good this plastic is (made from food-grade material) by popping a piece into this mouth.

The startup’s initial product is a polybag, and the group plans to target the shipping and packaging industry.

Take a look at all the plastic inside the next shipping box you receive and consider what can and can’t be recycled. That’s a lot of air pillows that could go into your compost bin instead of the garbage if the Neptune folks have their way.

To start, the Neptune team of Acosta-Rubio, Grant Christensen and Hal Jones, all undergrad students at Brigham Young University in Utah, have received $10,000 as part of the 2020 Lemelson-MIT Student Prize for what contest organizers call a “uniquely designed biodegradable invention.” Acosta-Rubio says the material is unique in its composition as well as a few technical aspects including heat sealability.

The co-founders of Neptune Plastics plan to use the funding for product and process development and hope to bring Neptune Plastic to market in two to three months or “as soon as possible,” Acosta-Rubio says.

The Neptune team say they experienced the negative effects of plastic pollution while serving as missionaries for their church.

“I was doing missionary work in Miami and would bike around a lot,” Acosta-Rubio recalls. “It didn’t take me long to notice massive amounts of trash on the ground. One day we were biking somewhere and I wondered why this plastic pollution was still around. I felt like this is something that should have been solved by now.”

Christensen had seen similar sorry situations in Brazil. Jones saw them in Peru.

The group first started working on an environmentally friendly, single-use water bottle, but pivoted to developing a film, which landed them second place in a Student Innovator of the Year competition. They were later invited into the university’s accelerator program and have sent two semesters working on product development.

Neptune is the god of water in mythology.

Acosta-Rubio says they picked the name because it sounded cool. Also cool: Their plastic dissolves in water in a few days, much better than regular plastic that eventually turns into tiny bits of microplastics that can harm fish and people.

“The (Neptune) material is made completely of components that can be found in food … we have done tests to make sure it breaks down as we’d like,” Acosta-Rubio says.

The startup also has done batch pilot testing with its polybags and the co-founders say they’re now ready to move into larger corporate partnerships.

“From conception, (our material) it understands its role,” he says. “It is to stay strong and protect its contents until it is time to let go and return to the earth from whence it came. It knows when to relax by the circumstance it is in.

“When it encounters a situation like a landfill or body of water, that is when it begins to degrade, leaving no microplastics. Other uses depend on the direction of development. We’ve optimized the material for a specific use case (polybags) up to this point. There are a few directions that seem readily available to us, mainly things that are similar to polybags, but this really is only the beginning.”

ESG investments: Exponential potential or surfing one wave?
Scientist shows there are two ways to measure a day on Earth – we use the longer one
450-Million-Year-Old Fossil Named After Actor Who Played ‘Doctor Who’
Why nature is the next frontier for sustainable business
New study looks at space power competition through China’s lens