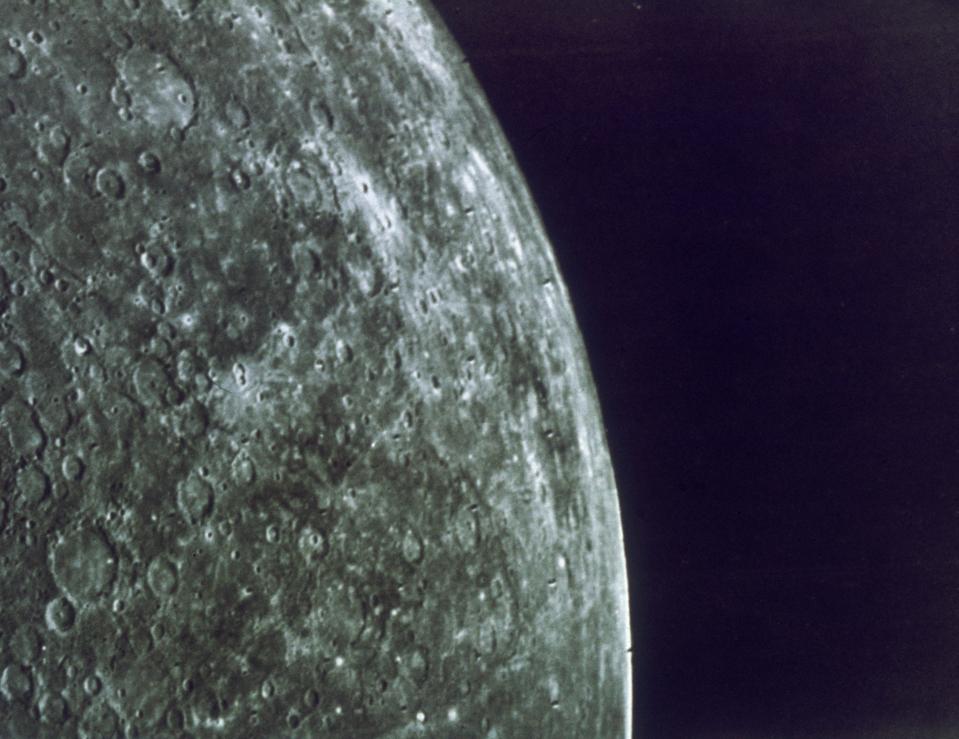 With an estimated 70 to 80 percent of its mass concentrated in its iron-core, Mercury’s main puzzle is arguably why it cuts such a lone swath in our inner solar system.

“The absence of planets inside of Mercury’s orbit is another outstanding solar system puzzle given the growing number of detected planets around other stars with orbital periods of weeks, days and even hours,” Matthew Clement, the lead author of two new Mercury-related papers accepted for publication in The Astronomical Journal, and a postdoctoral fellow at the Carnegie Institution of Washington, told me.

New detailed simulations by clement and colleagues investigate the possibility that Mercury formed in a mass-depleted, inner region of the terrestrial disk. that is, an area spanning half the distance from the earth to the Sun.

Most solar system terrestrial planet formation models neglect this region of the early solar system because of the high computational cost of resolving hundreds of short-period objects over 100 million-year timescales, the authors note.

But Clement and his team took the time to carry out such simulations to investigate the possibility that Mercury emerged as the lone survivor of a destabilized primordial generation of short-period proto-planets in the inner solar system.

“No previous model has been able to reproduce Mercury’s mass, orbit, and massive core,” said Clement. “This is partially a consequence of the computational challenge of fully resolving the orbits of the short-period objects that collided and accreted to form Mercury.”

How different was our solar system’s early inner disk from the area in which our Earth and Mars formed?

Our simulations really demonstrate how different Mercury is from Earth, Venus and Mars, almost to the point that it can be thought of as a different type of planet, says Clement. It formed from a different distribution of material, within a different collisional environment and (in many cases), he says, the simulations show that it took much longer to reach its final size.

It’s also possible that the material in the inner disk of the early solar system was actually chemically distinct from that of the Earth/Venus/Mars-forming region, says Clement.

The authors argue that it’s even possible that a primordial generation of close-in embryos or even planets existed in the vicinity of Mercury’s modern orbit and were subsequently cleared out by some dynamical process. The latter stages of terrestrial planet formation in the solar system are thought to have unfolded as a series of giant impacts between a population of planetary-seed embryos engulfed in an ocean of smaller, one to 100 km-sized planetesimals, they note.

We assume that a system of three to five additional planets formed in the same manner as Earth, Venus and Mars, says clement. In this sense, he says, the solar system would have once looked much more like systems of discovered exoplanets (with chains of rocky planets on compact orbits) than it does today.

Many orbits in this region of the solar system are dynamically unstable, causing an estimated handful of additional close-in inner solar system planets to easily destabilize after a few 10s to 100s of millions of years, says Clement.

“When they destabilize, they tend to smash into one another at very high velocities; thus ejecting a significant amount of material during the collisions,” said Clement. “In [our] successful simulations, Mercury is left behind as the sole survivor, while the other additional primordial planets are lost either by collision with the Sun or Venus.”

With the lone survivor model, Mercury likely once looked much like the other terrestrial planets, and lost much of its silicate mantle material through multiple collisions with the additional (now lost) planets, says clement. If this happened enough, the final Mercury would possess a large iron-rich core, in good agreement with that of the real planet, he says.

As for its strange, short 88-day solar orbit?

That’s simply a natural consequence of additional planets having once existed in the inner solar system, says Clement.

‘Eclipse Season’ Is Over. The Next One Will Bring A 97% ‘Blood Moon’ And A Total Solar Eclipse
Covid-19 Vaccine Effective On Several Variants Including Dangerous ‘Delta’ From India
NASA soliciting proposals for two private astronaut missions
Boring Company’s Las Vegas Loop with Tesla cars goes into operations, and it is about to expand to the Strip and beyond
Cramer says meme stocks ‘should be offered at the casino’ instead of Wall Street