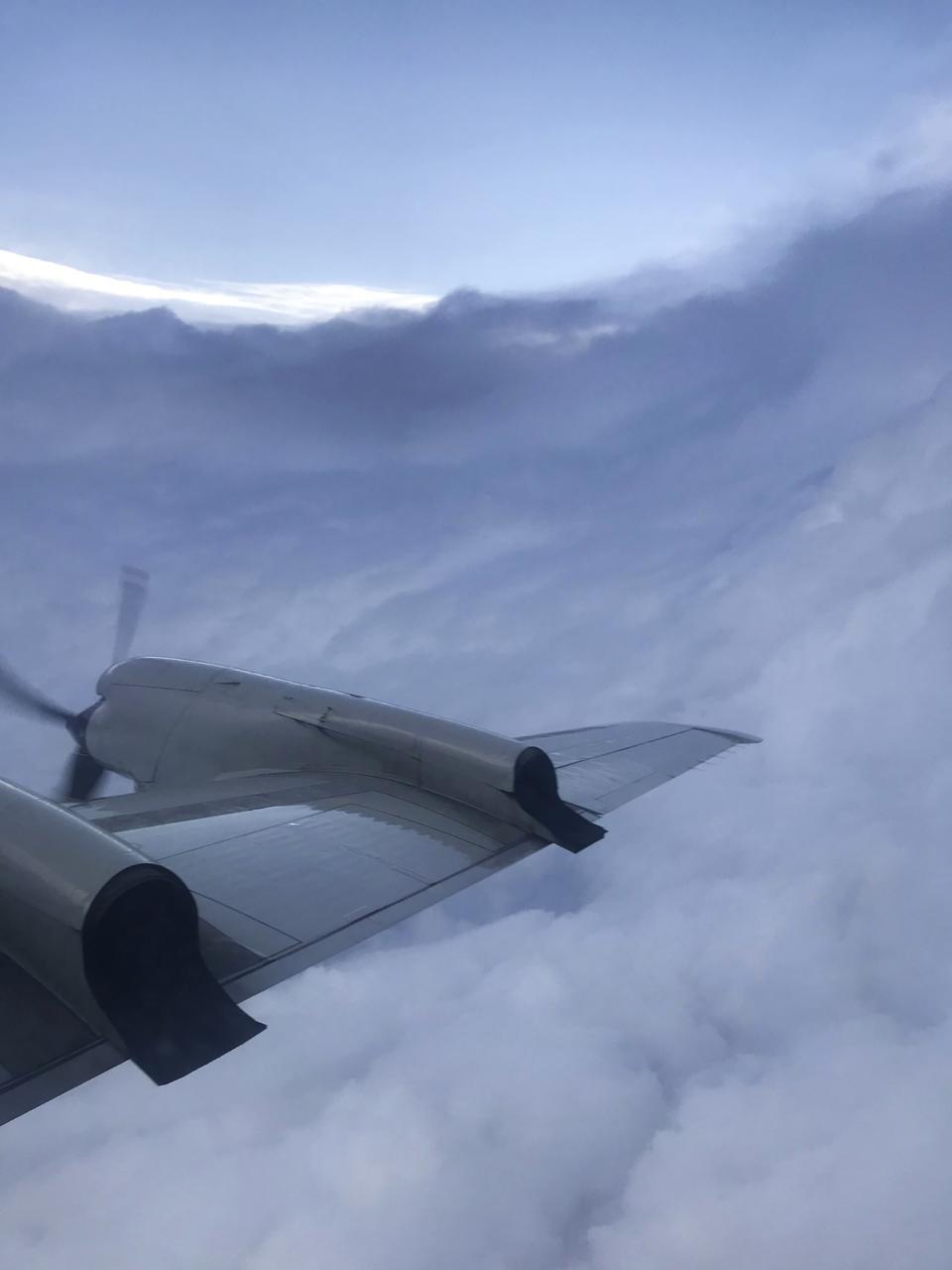 As of this writing, Hurricane Dorian is a category 4 storm churning towards the Bahamas in the Atlantic Ocean. (Click here for the latest from the National Hurricane Center.) The storm could pass over portions of the island nation Sunday and continue to make its way toward the coast of Florida, Georgia and the Carolinas this week.

That’s a potential area of impact stretching along almost 1,000 miles of US coastline. Many of the storm track forecast models have shifted in the past 24 hours to show Dorian lingering for a while and working its way northward up the east coast.

This incredible time-lapse view from NASA and NOAA’s GOES-16 satellite shows Dorian strengthening from a category 2 storm into a major category 4 hurricane. Note the emergence of a clearly defined eye at the center of the storm.

Add thunderstorms to the view of Hurricane Dorian from space and it manages to look even more ominous.

While Dorian may not top out in terms of wind speed, which is what the Saffir-Simpson scale is based on, it falls in line with a disturbing trend seen in Atlantic tropical storms in recent years: they’re slow and heavy.

And when I say heavy, I mean they’re carrying a lot of water weight that will get dumped on already saturated ground in Florida and elsewhere.

This can be attributed, at least in part, to warming trends in both air and water temperatures. All that warmth helps slow down the storm, allowing it to suck up more moisture and stick around longer to dump it on land.

Cases in point are Hurricane Harvey and Florence, which did most of their damage after winds had weakened but the rain just kept pouring.

At some point we may need a new scale or terminology to start talking about these storms to really reflect their impact. Because while Hurricane Harvey may have been “just” a category 4 storm, it may be more appropriate to remember it as a “5 foot” storm. That’s how many feet of water it dumped on parts of Texas.

Hopefully we won’t remember Dorian in terms of feet, but the forecasts suggest it’s a possibility, and the below views from the International Space Station of this swirling mass of moisture aren’t encouraging. Please prepare now for the worst.