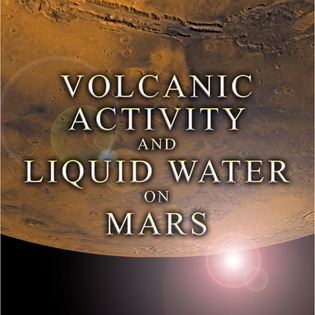 In a study published last year in Science, the possibility of liquid water under the southern ice cap of Mars was discussed. The idea is based off a radar reading from the ESA craft Mars Express, but the paper did not go into details of how such a thing could exist. Recently a new study in the AGU journal Geophysical Research Letters talks about how such a thing might be possible and how it can change the way we look at and study Mars.

To the best of my knowledge, the detection of liquid water under the ice cap has not yet been confirmed. The new study assumes the reading to be correct and focuses on how the existence of liquid water might be possible. This study could play a key role in confirmation as it will give scientists a better understanding of what to look for in future missions.

Currently, scientists do not know how it could have gotten there but there are two factors that could be contributing to the existence of liquid water. One factor is the presence of salt which would keep the water from freezing. The new study considers this possibility but concludes that on Mars salt alone is not enough to account for the water. The other contributing factor is heat.

On Earth, the heat from the planet’s core melts the water under the ice caps. Which means that there is a reason to think that something similar could be happening on Mars. In order for that to be the case, it would require recent volcanic activity on the red planet.

Volcanic activity on Mars has been studied before and there is plenty of evidence of it happening. However, up until now, that evidence points to volcanic events that are millions of years old. Anything that old would not be a factor with liquid ice existing today. It requires a pocket of magma that is only a few hundred thousand years old.

The study points out that it could be the work of volcanic activity in the subsurface of the planet. If magma rose from the core 300,000 years ago and did not break the surface it could be providing heat to the underside of the ice cap today. Which would mean that Mars is more geologically active than previously thought.

This graphic shows the depth and size of the lake compared to the size of the ice cap.Kander10 Designs

Why does this matter?

To put it simply, liquid water under the ice cap points to the possibility of life on Mars. Just a possibility but its still pretty exciting.

The study is not conclusive and really just points out that more research needs to be done to confirm the existence of liquid water. If confirmed it will change the way scientists study Mars and could teach us a lot about our own planet.

Iceye raises $87 million in Series C investment round
How ‘green chemistry’ could have a big part to play in the future
Virgin Orbit Seeking Over $100 Million As ‘Jaw Dropping’ Costs Mount And Small Satellite Market Narrows
Reverse and forward engineering of Drosophila corneal nanocoatings
From Butts To Bricks, This Is The Plan To Recycle Cigarettes Into Construction Materials