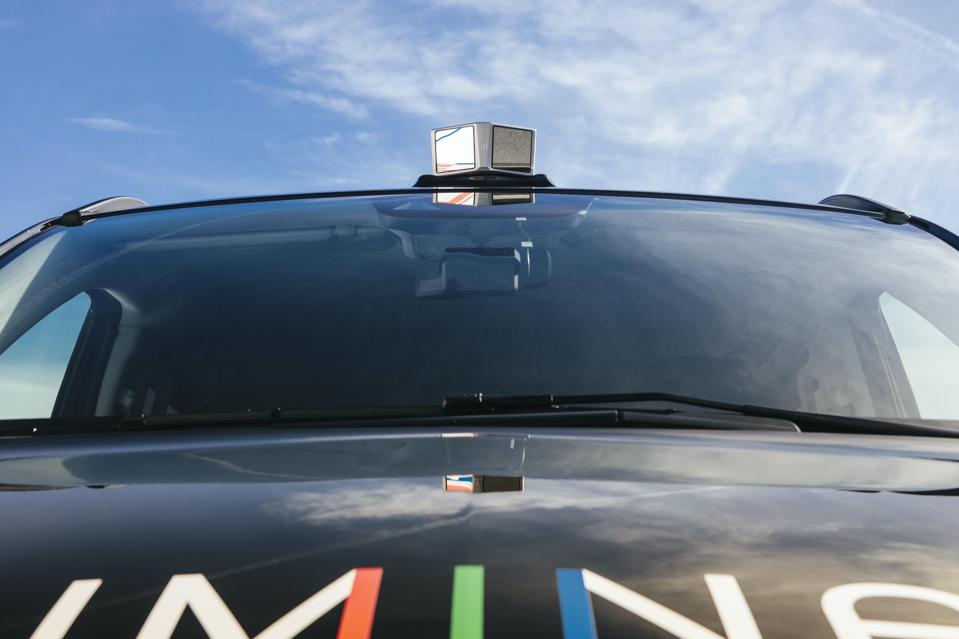 Upstart lidar maker Luminar, with one of the most sophisticated laser sensors for self-driving cars, is expanding beyond hardware with the addition of much-needed commercial software and a computing system that makes its technology plug-and-play capable for autonomous vehicle developers. And to get into more test fleets, the company is trying a novel subscription service that lets partners lease the system as Luminar scales up for mass-market lidar production.

Dubbed “Hydra,” Luminar showed off the new system at CES in Las Vegas this week, combining its lidar sensor, software that’s updated over the air and a computer system using NVIDIA’s Xavier chip. Subscription prices for the Iris lidar range from $500 to $1000 per month, depending on the level of automated driving capability a company is trying to develop, CEO and founder Austin Russell tells Forbes. Subscription pricing for the full Hydra system depends on the number of sensors per vehicle and application, from semi-automated highway use or trucking up to fully driverless urban operation.

Cost, durability, imaging range and data quality have been key issues for lidar since Velodyne began selling the first spinning lidars for self-driving vehicles in the early 2000s, initially charging up to $70,000 each for its top-end models. Prices have dropped dramatically since then–Velodyne showed off a $100 unit this week at CES–with dozens of companies touting major advances and new approaches. Yet most lidar units still cost thousands of dollars each, owing to low production volumes, and require special software to integrate into a robotic vehicle’s sensor array that includes multiple cameras and radar.

“Continuous support, hand-in-hand development in close interactions with a customer are key because, at the end of the day it takes a lot more than just throwing a sensor over the wall,” Russell said, during a drive around Las Vegas this week to demonstrate Hydra’s capability.

Hooked up to a Mercedes-Benz van, Luminar’s Hydra system instantly tracks, measures and classifies vehicles, lane lines, road features and other objects up to 250 meters away in real-time, rendering all that information in ghostly, multicolored point cloud images displayed on a big flat-panel screen inside the van.

“One more thing that is actually very new and extremely interesting is the ability to do velocity measurements,” says Christoph Schroder, the former Daimler/Mercedes engineer Luminar hired last July to run its software team. “Usually, light sensors like ours are not capable of measuring radial or 2D velocity. But the way how we control the sensor and how we understand the details inside allows us to actually measure not only frame by frame but also on a point level.” As he says this, the display shows the speed of a Cadillac SUV passing on the right-hand side.

At just 24 Russell, a Forbes 30 Under 30 alum, is an optics prodigy who’s been moving fast to take on more established lidar players including Velodyne to become a premier supplier and tech partner to makers of self-driving vehicles. The startup has raised about $250 million, including a $100 million round announced in July. Companies including Toyota, Audi, Volvo and Volkswagen are already using Luminar lidar sensors in prototype vehicles and many more soon will be doing so, Russell says.

“We’ve expanded our customer base very significantly from four pilot companies that we were working with just 18 months ago to now over 40 companies that we’re engaged with, including 12 of the top 15 OEMs,” he says, declining to identify those companies.

By 2022, Luminar needs to be ready to supply sensors and software to automakers that plan to begin offering Level 4-capable autonomous driving on the highway, in which the vehicle can drive without human input from one exit to the next, and enhanced ADAS, or Advanced Driver-Assist Systems, to automate vehicle safety.

“This is some pretty serious stuff as relates to consumer vehicles off the bat because those are the things that are going to be driving the volumes,” Russell says. While there was a great deal of enthusiasm for how quickly fully driverless vehicles such as robotaxis could come to market, he thinks near-term opportunities are for autonomy are in simpler, more constrained environments such as highways.

“The robotaxi problem, even with the best sensors, it’s like a decade-long problem. I think that’s where a lot of people really underestimated how difficult it is, and overestimated the timelines dramatically.”