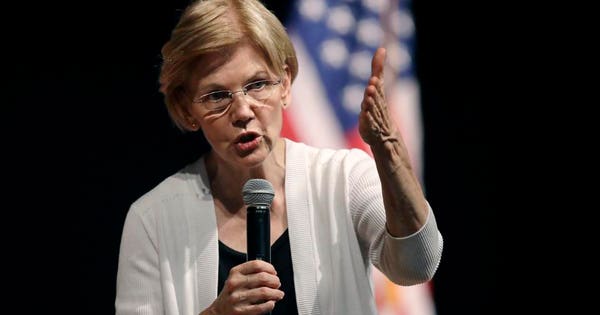 This morning’s publication of Senator Elizabeth Warren’s genetic ancestry test results, which showed she has at least one Native American ancestor many generations ago, have once again brought issues of genetics and identity to the forefront of political discourse.

Senator Warren’s decision to publish these results, as well as a video discussing their meaning with her family, in response to President Trump’s frequent mocking of her claim that she has a Native American ancestor, has provoked a heated conversation in the news and on social media. But do these results validate her claim, or are they based on “junk science” as Kellyanne Conway implied?

The answer is more complex than political pundits are usually comfortable with.

As a geneticist who specializes in Native American population history, I’ve often been a vocal critic of using commercial DNA tests for claiming identity as a Native American. This is not because we can’t identify a person’s ancestry based on his or her genomes (although commercial ancestry testing companies’ claims about what they can tell consumers can be extremely problematic). Because of their unique population history, the earliest inhabitants of the Americas were genetically distinctive from present-day Europeans, Africans, Asians, and other groups. Genetic segments inherited from these ancient ancestors are unambiguous, and very clearly detectable.

The method that Dr. Carlos Bustamante, a geneticist at Stanford University, used to assess Warren’s ancestry were specifically designed to identify chromosomal segments inherited from ancestors derived from different populations. It is quite accurate for assessing recent mixtures between very diverse populations. Using these approaches, he was able to determine that Senator Warren had at least 5 genetic segments in her chromosomes inherited from a Native American ancestor. Dr. Bustamante estimated this ancestor to have lived approximately 6-10 generations before her.

And that’s the extent of what it is possible to tell from her genome. Certainly, one can’t link her—or anyone—with a specific contemporary tribe using genetics. While broad patterns of genetic variation exist across the Americas, tribes themselves aren’t genetically distinct from one another, due to a history of intermarriage, movement, and the devastating effects of European colonization.

Furthermore, as geneticist Dr. Deborah Bolnick of the University of Connecticut explained, simply showing that a person inherited some of their genome from a Native American ancestor does not show that she herself is Native American.

“We need to remember that there is a critical distinction between DNA and genetic ancestry on the one hand, and Indigenous identity and tribal belonging on the other,” Bolnick told me in an email. “Identity and belonging are shaped by a person’s social connections and lived experiences, as well as by the legal and political contexts that define tribal membership.  DNA and one’s genetic heritage do not determine who we are or what groups we are affiliated with. Identity and belonging are socially, politically, legally, and culturally determined. A DNA test does not tell us anything about those things, and thus should not be seen as resolving this debate. DNA doesn’t have that power.”

But, Dr. Bolnick also emphasized: “Importantly, Warren does make this distinction between family heritage and tribal identity, stressing in the video that she is not a member of a tribal nation and does not identify as Native American even as her family stories and genetic heritage do suggest a connection to a single Native American ancestor.”

Ms. Krystal Tsosie, a doctoral student studying genetics at Vanderbilt University who is Diné (Navajo), agrees and notes that this was not a case of Senator Warren herself asserting Native identity.

“For the descendants of those thousands of American Indians who were forcibly removed from the southern portions of the U.S., you’re going to have millions of people today who probably have the same question in mind of ‘Where do I come from?’ Senator Warren is just one of those individuals,” Tsosie said in an email. “She’s more careful in distinguishing her want for understanding where her family stories can be correlated with other sources versus using DNA evidence for asserting tribal membership. This is a really important distinction.”

Dr. Kim Tallbear, Associate Professor and Canada Research Chair in Indigenous Peoples, Technoscience and Environment at the Univeristy of Alberta, cautioned in a press release that using a Native American ancestry test to push back against Republican claims is “to make yet another strike—even if unintended—against tribal sovereignty. Tribal governments establish regulations that do not use genetic ancestry tests, but other forms of biological and political relationships to define our citizenries.” In a longer thread on Twitter on the subject in June 2016, she critiqued the frequent conflation of ancestry and aspirational tribal identity:

Great! If you have evidence of being descended in part from some ancient ancestor in the Americas. That’s interesting. But unless you can prove descent from a Cherokee person or member of any tribe since that tribe began constructing citizenship rolls no tribe cares if you have Native American DNA.

Although Senator Warren may have disproven a specific misconception about her ancestry, the takeaway message is that it’s also important in this moment not to lose sight of a broader point: a DNA test cannot show that she or any other person is “Native American.”

The How2Recycle label needs a massive campaign. Brands should make it happen
From Butts To Bricks, This Is The Plan To Recycle Cigarettes Into Construction Materials
Glorious new Hubble photo showcases Jupiter’s stormy side
Amazon invests in battery recycling firm started by former Tesla executive
How the giant stinging tree of Australia can inflict months of agony