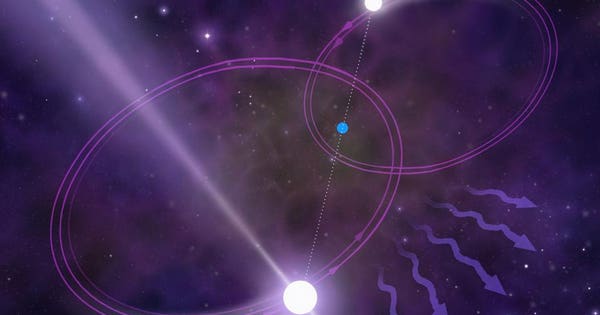 What do most people misunderstand about Einstein’s Theory of Relativity? originally appeared on Quora: the place to gain and share knowledge, empowering people to learn from others and better understand the world.

Answer by Paul Mainwood, Doctorate in Philosophy of Physics, on Quora:

Most people get the logic of Einstein’s Theory of Relativity entirely backwards.

This is unfortunate, because this reversal is where Einstein’s originality really lies; the place where he decisively broke with Lorentz, Poincare, Fitzgerald, Heaviside and others who had pieces of the theory in their hands before him.

Getting the logic the wrong way around also leads people to worry why there is no mention in relativity of exactly how clocks slow, or why meter sticks shrink, and also to wonder why physicists always seem so sure about the particular theory of Special Relativity, when so many others have been superseded in the meantime.

As so often, Einstein himself was crystal clear when he explained how relativity differed from the majority of theories.

We can distinguish various kinds of theories in physics. Most of them are constructive. They attempt to build up a picture of the more complex phenomena out of the materials of a relatively simple formal scheme from which they start out. Thus the kinetic theory of gases seeks to reduce mechanical, thermal, and diffusional processes to movements of molecules—i.e., to build them up out of the hypothesis of molecular motion. When we say that we have succeeded in understanding a group of natural processes, we invariably mean that a constructive theory has been found which covers the processes in question.

Along with this most important class of theories there exists a second, which I will call “principle-theories.” These employ the analytic, not the synthetic, method. The elements which form their basis and starting-point are not hypothetically constructed but empirically discovered ones, general characteristics of natural processes, principles that give rise to mathematically formulated criteria which the separate processes or the theoretical representations of them have to satisfy.

Thus the science of thermodynamics seeks by analytical means to deduce necessary conditions, which separate events have to satisfy, from the universally experienced fact that perpetual motion is impossible. The advantages of the constructive theory are completeness, adaptability, and clearness, those of the principle theory are logical perfection and security of the foundations.

The theory of relativity belongs to the latter class

The “constructive” versus “principle” approach is what distinguished Einstein’s thinking from his predecessors. If we trace Lorentz, Heaviside or Poincare’s attempts to explain the null results of ether drift experiments, we see them trying to put together constructive theories from known physical theories. That is, they looked into the equations of electromagnetism, as constructed in the rest-frame of the ether, and then calculated how objects like spheres of charge might change shape when boosted through the ether (and so derive phenomena such as Lorentz contraction).

What Einstein did was completely different. Instead of starting with the laws of physics constructed in an ether-frame, and using them to come up with microphysical constructions that explained the undetectability of that frame, he turned the whole problem around.1

That is, he postulated that the undetectability was general — indeed that it was part of the laws of nature — and elevated it to the status of a Principle. And with that principle of relativity, alongside the light postulate, Einstein went on to derive what these two features together must mean for the laws of physics. Setting all this up took him only the first page of his 1905 paper; the rest of the text was spent in deriving the consequences, which turned out to be very general across mechanics and electrodynamics (the main constructive theories of his day).

Mathematicians should recognize Einstein’s principle approach as similar to the logical structures they deal with: based on a few premises, they can draw sweeping conclusions, and the conclusions will be valid precisely and only in the realm where those premises hold. The paradigm example is of course Euclidean geometry (which is ironic, given where relativity eventually took Einstein).

The folk history is that the “constructors” were at first horrified by Einstein’s move; Poincare is said to have remarked sarcastically that Einstein was gaining praise for simply assuming what he and others were seeking to prove.2 Whether this was the initial reaction or not, within a few years they had understood and appreciated the power of Einstein’s approach, and Lorentz was explicitly handing credit to Einstein for driving this conceptual shift and for being able to derive so many far-reaching consequences.

Einstein’s parallel with Thermodynamics is helpful, because it gives an example of how a principle theory can be hugely powerful, and also remain valid through huge revolutions in the physics around it.

In their construction of thermodynamics, Carnot and Clausius didn’t bother with any microphysical theory of gasses or matter. They remained totally agnostic as to what the microphysics was, and rested their theory on four principles (the three laws plus the so-called zeroth one), which they asked us simply to accept. Given those, they showed how one is able to derive many predictions for any process involving heat, and do so regardless of the microphysics. The justification for these original principles are simply the observational success that these predictions have. And this is a massive advantage, for thermodynamics was able to retain its validity through the creation of the kinetic theory of gasses, atomic theory, the quantum revolution, and is now being applied to exotic objects like black holes. Thermodynamics itself does not care that we can now put a statistical mechanical account “underneath” it for many types of matter; it’s interesting that we can, and it’s valuable work to do so, but it’s irrelevant to the logic of the thermodynamics, which remains valid just so long as its four principles do.

The parallels with relativity should be obvious. Einstein postulated his two Principles, and used them to derive various consequences for any physical processes involving things moving relative to one another. And again, this reasoning is utterly independent of the microphysics. No-one need worry precisely what microphysical process makes each meter stick shrink, or each kind of clock run slower — it will certainly be interesting to work these out, but constructing these explanations is not the logic of the theory. As a principle theory, the claim is that — so long as the Principles are sound — any object capable of acting as a measuring stick or clock must act as Einstein describes, regardless of how it is built, or what happens to it an atomic level. For if it did not, it would become possible to distinguish one inertial frame from one another. And so Einstein’s logic remained robust through the quantum revolution, through quantum field theories, and (most are prepared to bet) through any new physics for the foreseeable future.

Those who don’t recognize relativity as a principle theory may find it rather puzzling that physicists are prepared to bet almost everything on the continued validity of the century-old concept of Lorentz covariance, while ostensibly similar (constructive) theories are being continuously replaced around it. There really is a difference.

1 It’s worth noting that Einstein also started with the constructive approach, but eventually realized he was getting nowhere. This led him to search for more powerful tools:

By and by I despaired of the possibility of discovering the true laws by means of constructive efforts based on known facts. The longer and the more despairingly I tried, the more I came to the conviction that only the discovery of a universal formal principle could lead us to assured results. The example I saw before me was thermodynamics (Einstein, Autobiographical Notes).

2 Although versions of this remark are oft-repeated, I can’t find a source for Poincare saying or writing it. The closest I can find is a remark of Lorentz, but this is in the context of his praise for Einstein, and recognition of the greater power of his approach. If anyone knows of a reliable source, please let me know.

This question originally appeared on Quora – the place to gain and share knowledge, empowering people to learn from others and better understand the world. You can follow Quora on Twitter, Facebook, and Google+. More questions: