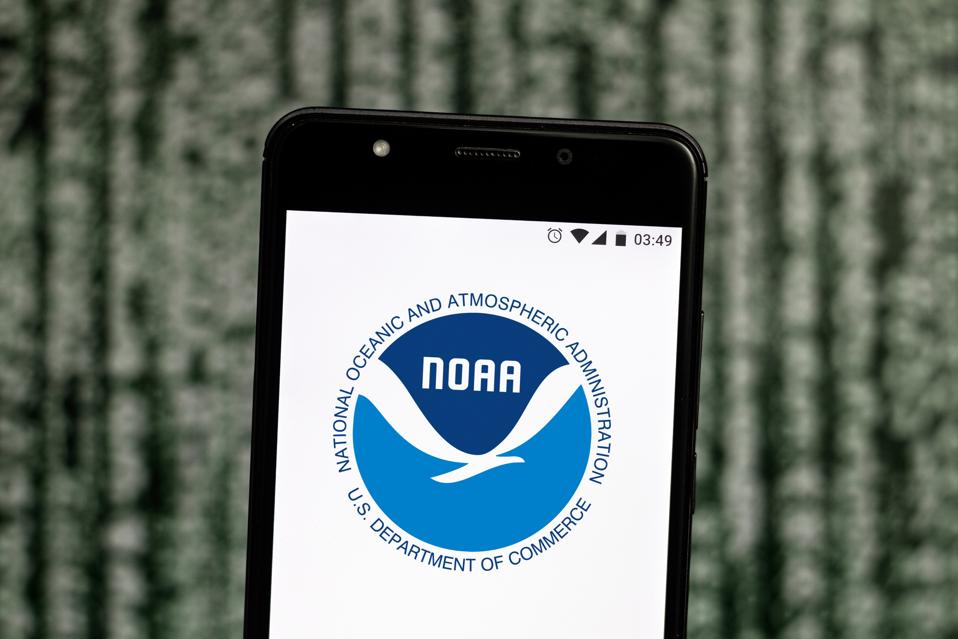 There is a lot of buzz this week as various news outlets report on possible changes in the National Oceanic and Atmospheric Administration (NOAA) Chief Scientist position. I will defer to other sources on the hubbub around names being considered. It occurred to me that many people may not be familiar with NOAA’s senior leadership structure, and more specifically, what the Chief Scientist does. Here’s a quick “101” for you.

Before we delve into the roles of the Chief Scientist, let’s explore the way NOAA is organized. NOAA is arguably the leading federal agency for matters related to weather, oceans, fisheries, climate, and climate change. It is housed within the Department of Commerce. Why, you might ask? According to Jeffry Mervis at ScienceMag.org, the Obama administration explained why it ended up in that Department. Apparently it dates back to the Nixon administration. He writes, “Commerce secretaries have long bemoaned the presence of NOAA, a scientific and fisheries agency, in a cabinet department devoted to promoting U.S. trade and economic development….” According to Mervis, Nixon was angry with Interior secretary Wally Hickel because of his criticism of the Vietnam policy at the time so as Mervis writes, “Nixon punished him by not making the newly created NOAA part of the Interior Department, which already housed the U.S. Geological Survey.” You can find the original Obama administration wording on this curious piece of history in Mervis’ article.

Irrespective of that story, it is clear that weather, climate, and fisheries play an important role in economic activities but enough about the housing of the agency. The organization chart above reveals the leadership structure within NOAA. I once served on the NOAA Science Advisory Board so have a pretty good understanding of the puzzle. Dr. Neil Jacobs has a really long title of Assistant Secretary of Commerce for Environmental Observations and Prediction, Performing the duties of Under Secretary of Commerce for Oceans and Atmospheres. Whew, let’s just call him the person in charge at NOAA. You can see that RDML Tim Gallaudet, PhD, Jacob’s Deputy, and the Chief Scientist (currently Craig McLean in an acting capacity) report directly to Jacobs. In the grey boxes, you will find the line offices which include the National Weather Service, National Marine Fisheries, National Ocean Services, National Environmental Satellite, Data, and Information Services, Oceanic and Atmospheric Research (McLean’s original responsibility), and the Office of Marine and Aviation Operations/NOAA Corps.

The Chief Scientist is an extremely high level position within the agency and influences NOAA operations and policy perspectives across weather, climate, oceans, and fisheries. What do Chief Scientists officially do? Here are a couple of examples from inside the DC Beltway:

NOAA’s website describes Acting Chief Scientist Craig McLean’s role as, “the senior scientist for the agency providing direction for science and technology priorities.” Last year, McLean showed science integrity and leadership when he challenged the infamous Sharpie-Gate incident rather than rationalizing it.

Professor John Knox, my colleague at the University of Georgia and quite the esteemed atmospheric sciences scholar himself, reminded me that the list of previous NOAA Chief Scientists is rather impressive. I am honored to have worked with some of them in my role as a scientist, NOAA advisor, and President of the American Meteorological Society. They include noted oceanographer Dr. Rick Spinrad, eminent atmospheric scientist Dr. William Hooke, and National Academy of Engineering member Dr. Kathryn Sullivan. Sullivan, the first woman to walk in space, went on to lead NOAA through one of its most successful periods of time. This is a pretty eminent list of scholars so whomever is appointed will follow a group of colleagues with very high science credibility and respect.

NOAA probably influences your life every day even if you do not realize it. As climate changes, we will need a strong, science-based NOAA to continue to its role on many fronts.