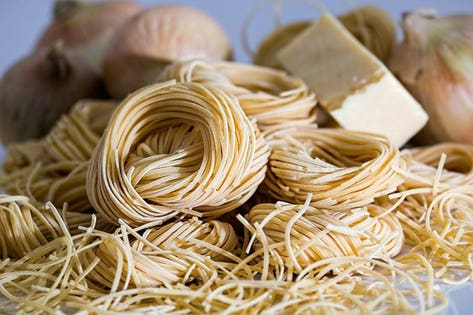 Delicious, as long as it’s not made of you.

Free for commercial use (via Pixabay)

If you’ve ever wondered what it’s like to fall into a black hole, then I don’t know what’s wrong with you, because as you might imagine it involves pain and eventual total obliteration. And I don’t know why you’d want to think about that kind of stuff. But since you’re morbidly curious and we’re here we might as well explore this gruesome topic.

The most common kinds of black holes in the universe are only a few times more massive than the sun and have the diameter of the typical city. Falling into one might sound like a fun adventure, but before you even touched the boundary known as the event horizon you would be in for a nasty surprise.

Black holes are just balls of intense gravity. A black hole with the mass of a few times that of the sun has the exact same gravity far from it as a star a few times more massive than the sun. But because the black hole is so compact the closer you get, the more the fun really ramps up in a way that can’t be experienced around a star.

You, reading this article right now, are probably sitting, standing, or laying on the planet Earth. One part of your body, for example your feet if you’re standing, is closer to the the Earth than your head. Thus your feet experience a slightly stronger gravitational pull than your head, simply because of the closer distance. This creates a very slight tugging sensation because your feet want to get closer to the Earth, and your head actually wants to drift away ever-so-slightly, stretching you out.

This is called a tidal effect, and for something like the planet Earth and human bodies it’s so small we can hardly even measure it. You certainly don’t notice it in your everyday life. But it is the same gravitational effect that gives rise to the tides because of the Moon and Sun, hence the name.

But near a black hole it’s a different story. Because the gravity is so intense and concentrated into such a small volume, if you were to fall into a black hole with your feet going in first, there will be a significant gravitational difference across your body. Your feet would experience a much stronger gravitational pull than your head. And that tidal force would want to stretch you out.

Before you even realized it, the tidal forces would stretch you so thin you would become nothing more then a thin stream of individual molecules quickly approaching the event horizon of the black hole.

The proper scientific term for this as used by real scientists in real journals discussing real science is spaghettification.

It’s a gruesome fate indeed, but at least it has it tasty name.