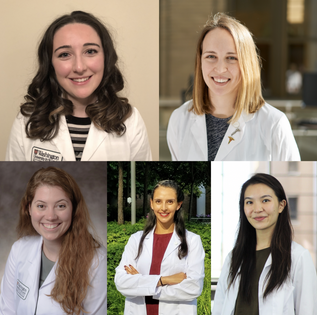 This new initiative is called 500 Women in Medicine. But it could benefit many, many more people of all genders, both inside and outside medicine.

However, the numbers don’t necessarily support equal advancement in the medical profession. Data shows that the composition of leadership in many realms of medicine does not appear to mirror the diversity that exists in society, in hospitals, or in medical school classes. Over 40% of medical school graduates have been women, who, in case you have not noticed, also comprise about half of society. Yet, as the 500 Women in Medicine web site relays, women constitute “only 22% of full professors, and 16% of deans and department chairs in U.S. medical schools.”

Then, try searching the lists of doctors for major health facilities, medical centers, and medical schools that serve significant Black, Hispanic, or Native American populations. See how many Black, Hispanic, or Native American doctors you can actually find. Moreover, how many are in positions where they can really influence the type of care that is administered, the research that is being done, or where the money flows?

Yes, there is a leadership problem in medicine. It’s that many people who can and should become leaders aren’t necessarily getting the opportunities or the career steps to do so. Moreover, with many crises facing the American health system and medical profession such as rising health care costs, access to care problems, the obesity epidemic, the bashing of science, slowing research and development, and physician unhappiness and burnout, new innovative leaders bringing different perspectives are needed.

Enter initiatives such as 500 Women Scientists. And most recently 500 Women in Medicine, a satellite of the 500 Women Scientists, established by five medical students. The website for 500 Women in Medicine says some things that should be patently obvious such as “we believe women play a critical role in medicine and for medicine to truly serve the people, it must be inclusive and reflect the true diversity in our society.” The fact that this needs to be said says a lot.

If you question the leadership potential of women in medicine, simply look at the five who formed 500 Women in Medicine. They are busy medical students at the Washington University in St. Louis School of Medicine who somehow found the time among their classroom, clinic, hospital, research, and life duties to put together this initiative. They include two third year medical students, Kate Gerull and Tamara Sanchez-Ortiz, and three second year medical students, Jane Hayes, Iris Kuo, and Maren Loe. Their faculty advisors are Arghavan Salles, MD, PhD, Assistant Professor of Surgery, and Victoria J. Fraser, MD, Adolphus Busch Professor of Medicine and Chair of Medicine, both at Washington University in St. Louis.

Gerull described the steps that led to this launch, “through my research studying gender equity in surgery in the lab of Dr. Arghavan Salles, found a unifying theme: networks and visibility matter in promoting equity.” Then she turned to Twitter and posed the question: “How can we as a medical community dispel the myth that ‘there aren’t any qualified women to speak’ as conference speakers and media sources?” She said that a Twitter follower replied with a link the 500 Women Scientists website. Seeing what 500 Women Scientists has done, she then “saw an opportunity to incorporate women in medicine into their impactful platform, and I approached 4 other medical students at Washington University who each had a demonstrated passion for gender equity with the idea to create 500 Women in Medicine.”

One of their initial activities will be building a physician database that people such as conference organizers and members of the media can search to find female physician experts for speaking roles or to serve on committees. Many medical conferences don’t have the most diverse lineups when it comes to speakers. The term “manel” has emerged to describe an all-male panel. This can be extended to the term “not-much-diversity-nel,” which doesn’t quite flow off the tongue the same way.

Gerull explained that the reason frequently given for not having more diverse speakers is that the organizers can’t find the right women, which makes it sounds like women are wearing Pokemon disguises or camouflaging themselves as trees. Therefore, one of the first activities of the 500 Women in Medicine has been to put together an online database of female medical experts. The Chang-Zuckerberg Institute has been providing in-kind technical support to develop this database, which is scheduled to go live to the public in June 2019. So from then on, the only excuse for not being able to find female experts will be “I don’t know what the Internet is.”

Another set of activities will be establishing weekly blog posts to highlight activities of women in medicine and creating a central hub for career resources. This will include career advice such as information on grant writing and how to put together a CV. This will be important not only because women and minorities often lack mentors but also because they may need tailored advice to overcome unique challenges that they face.

This could help correct what Dr. Salles described as “a longstanding lack of recognition of women’s work in medicine.” She added:

Dr. Julie Silver’s work has shown that women are much less likely than men to be given awards from medical societies. In examining 14 awards from societies in 7 specialties over 72 years, only 9 awards were given to women. This degree of disparity would be difficult to arrive at by chance. Instead, it seems likely that bias played a role.

Again, increasing diversity is not a “nice to have” or “let’s help some people” issue. Diversity means allowing everyone the opportunity to fulfill their potential and getting the best people for the job. Efforts like 500 Women in Medicine are trying to help the medical world better mirror the diversity that exists in society and medical school classes and in turn provide better care and research. After all, for your health, don’t you want the best doctor available? Don’t you want the best researchers tackling the biggest problems? Don’t you want the best and brightest leading health care and being thought leaders? There are a lot of talented people from diverse backgrounds out there so why not use the entire pool? And, yes, they aren’t hiding, and you should be able find them, assuming that you know what the Internet is.