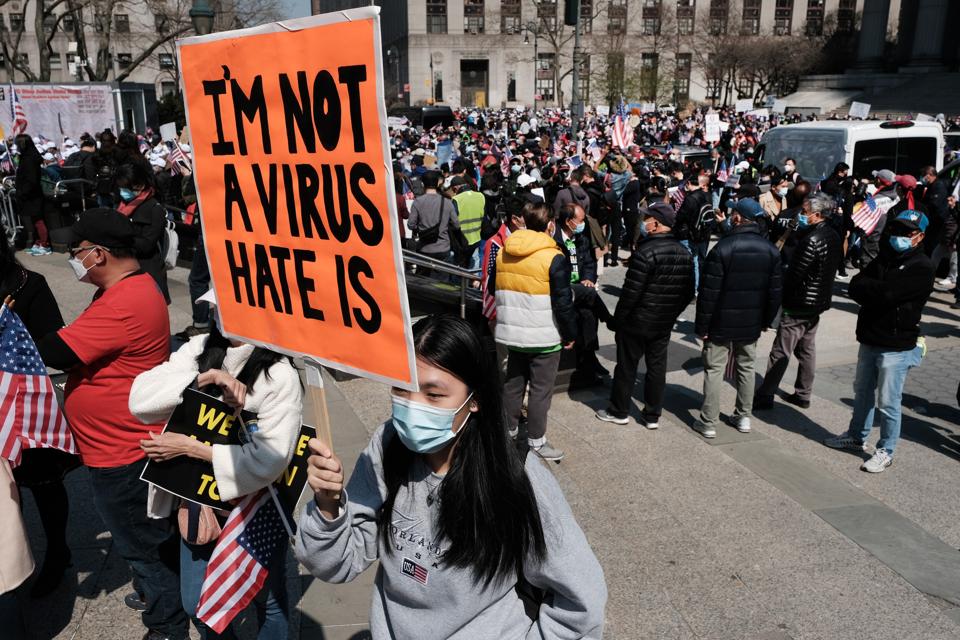 You may be an alpha male. But that may not be the same thing as being an alpha variant of the severe acute respiratory syndrome coronavirus 2 (SARS-CoV-2). At least, it shouldn’t be.

The World Health Organization (WHO) has announced a new naming convention for Covid-19 coronavirus variants. And there is certainly more than one iota of a reason for this change.

The risk is when people can’t remember the exact variant name they may default to where the variant was initially found such as calling B.1.1.7 the “U.K. variant” and B.1.617.2 the “India variant.” And while using locations to name a new dish or a new piece of clothing may be OK, associating a country or a group of people with a disease is a different story.

This past year has already shown the peril of using location-based names for viruses. Soon after the Covid-19 coronavirus spread widely, there was a jump in hate and violence against people of Asian descent. Back in May of 2015, the WHO had issued a set of Best Practices for the Naming of New Human Infectious Diseases. These guidelines explicitly said that disease names should not include geographic locations (e.g., cities, countries, regions, or continents), people’s names, species/classed of animal or food, cultural references, population references, industry references, occupational references, or terms that incite undue fear. This should have ruled out things like the Mar-A-Lago virus, the real estate virus, or the OMG virus. You can see how such names could unfairly stigmatize certain places, people, or occupations. Yet, political leaders like then-U.S. President Donald Trump insisted on using inappropriate terms like the “China Virus” or even the “kung-flu,” despite the WHO naming guidelines and pleas from Asian Americans not to do so.

With this backdrop, the WHO had to be careful about what to call the variants. Therefore, they convened representatives from the WHO Virus Evolution Working Group, the WHO COVID-19 reference laboratory network, GISAID, Nextstrain, and Pango as well as additional experts from several countries and agencies to come up with a naming convention for variants.

The result is all Greek to everyone. For now, the recommendation is to use letters of the Greek Alphabet for each variant. Now since the Covid-19 coronavirus has a fairly high mutation rate, meaning that the virus tends to make mistakes when replicating its genetic material, more and more variants will continue to emerge. So naming every single variant with a Greek letter could be like trying to name each and every one of the squirrels in your town.

Therefore, the WHO is focusing right now on what are considered Variants of Concern (VOC) and Variants of Interest (VOI). A VOI is a version that’s different from the original version of the virus and has caused community transmission and multiple Covid-19 cases, has been detected in multiple countries, or has been determined to be a VOI by the WHO in consultation with the WHO SARS-CoV-2 Virus Evolution Working Group. A VOI is basically a variant that has already gotten around, so to speak. A VOI becomes a VOC when it is more transmissible, is more virulent, causes new symptoms and medical problems, or more resistant to public health measures, vaccines, or established treatments. In other words, a VOC is a variant that could end up causing more trouble than the original version of the virus.

It remains to be seen whether this new naming convention will be everyone’s kappa tea so to speak. Unfortunately, some folks have continued to push names like the “China virus” to try to attach the virus to a particular country or group of people, even though doing so can hurt the vast majority of people of Asian descent who have absolutely nothing to do with the People’s Republic of China. When folks continue to push a name despite protests, chances are they are doing it for a reason, to fulfill some type of agenda.

As the past year has shown, names do matter. That’s why parents put in so much effort to come up with the right name for their babies, such as one that’s not already taken by a famous person. That’s why movie producers are careful about what their movies are named so that Avengers: Endgame was a better choice than Avengers: When Thanos Met Thor. That’s why companies spend considerable time and effort to come up with the best product names that they can. In the future, it will be important to name new variants and infectious diseases as soon as possible, certainly quicker than the SARS-CoV2 and the variants have been named over the past year. As elementary school has probably taught you, if you don’t come up with a name for yourself, someone else will. And chances are it won’t be nice.

CDC Further Investigating Heart Inflammation Cases After Pfizer, Moderna Covid-19 Vaccination
How biological batteries can generate renewable energy from soil
Offshore Wind Power A Centerpiece Of US Department Of Energy’s Power Plans
‘Eclipse Season’ Is Over. The Next One Will Bring A 97% ‘Blood Moon’ And A Total Solar Eclipse
A year after lockdowns began, has research got any kinder?