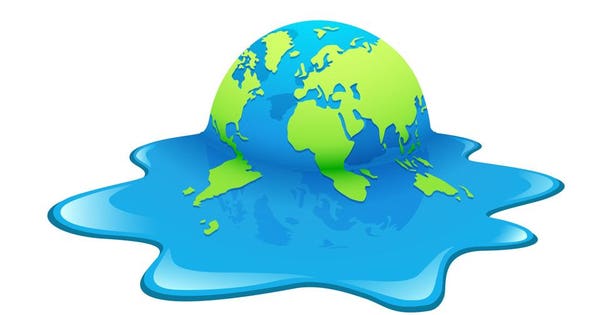 By Odile Robotti, Next Avenue Contributor

(This article was written by a member of the 2018-2019 Encore Public Voices Fellows Program.)

The landmark report issued last week by the United Nation’s Intergovernmental Panel on Climate Change,  the international body for assessing climate change, warns that our planet will reach catastrophic levels of global warming, capable of provoking extreme drought, wildfires and floods, as early as 2030 unless action is taken.

In order to turn this ship around, we’ll need all hands on deck. Yet an important group is missing from these urgent conversations: older people.

Last month, the UN met to review the Sustainable Development Goals for 2030 (set in 2015 by the UN to steer the world toward ending poverty and hunger and pursuing better health without sacrificing the health of the earth). Among 17 goals and 169 targets, older people are acknowledged only twice — and marginally, almost as an afterthought. The issue of aging is not mentioned once. This omission is not an outlier, but rather reflects a more general neglect of this group when discussing the future.

This is a mistake.

Globally, the 60+ population, already a “continent” of a billion people, is the fastest growing age group. In 2030, the target year for the Sustainable Development Goals, the number of older people in the world is projected to hit 1.4 billion. By 2050, it will have reached 2.1 billion, with all major areas of the world except Africa (aging rapidly, but starting from lower levels) having nearly a quarter or more of their populations aged 60 or over.

Extended lifetime is no longer a first world luxury. By 2050, 75% of the world population over the age of 60 will be in developing countries. Despite these impressive numbers, in our map of the future, they are a submerged continent.

Aging has deeply changed in the last 50 years, but our view of it lags behind. Since 1970, approximately 10 to 15 years of life have been gained and, even more importantly, these are, on average, years of good health (unfortunately there is high inequality in health outcomes). To be clearer, these “extra years” — thanks to progress in medicine and modern lifestyles — have not been added at the end of our lives, but rather in the middle. The 60s and 70s are the new 50s, as you can read on birthday cards. This new phase in our lives is an extension, not a reduction, of adulthood.

Older people can be a resource for society and already are strongly contributing to sustainable development and poverty eradication. They are often the ones who care for the sick and the children, and who work or use their savings to support extended families.

This group could do more to help preserve the planet.

Older Americans take global warming 14% less seriously than millennials, according to Gallup. But rather than dismissing them as set in their ways, we should try to involve them more. As Laura Carstensen, director of the Stanford Center for Longevity, has pointed out, older adults are the only natural resource that is increasing on our planet.

Even so, their contribution, especially in developed countries, appears undervalued. The current narrative makes us think of older adults as the problem and neglects that they are part of the solution, and could be even more so.

To be sure, the absence of a mention to aging in the Sustainable Development Goals (and, previously, in the Millennial Goals) does not mean that the world community ignores aging. Within the UN, the Stakeholder Group on Aging, The Madrid International Plan of Action on Aging and the Open-Ended Working Group on the Rights of Older Persons are all active on these topics. The World Health Organization is focused on “healthy aging.”

However, when it comes to debates about the future, older people almost disappear. The underlying assumption is that it does not concern them, which becomes a self-fulfilling prophecy.

The point is about giving older people full recognition in a world still designed for the young and, paradoxically, that values youth more than ever. Age discrimination is rampant, particularly in hiring and especially against women. More often than ever, applicants over 50 feel the need to hide their age or make it less obvious to remain relevant and be considered, particularly in professional settings.

The saying “the future belongs to the young” is anachronistic in the age of the 100-year-life and should be ditched. Older people should be part of the conversation to ensure that their specific needs are met, but also because the planet needs all the help it can get.

An idea for solving the plastics crisis
NASA confirms we’ve officially entered a brand new solar cycle
Ask Ethan: Will The Universe Ever Run Out Of Energy?
Bridenstine hints Artemis 3 could land near Apollo site
Trump to block downloads of TikTok, WeChat on Sunday