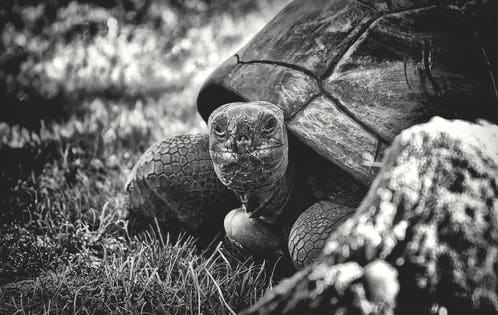 The game of science isn’t a sprint. We don’t leap from discovery to discovery, constantly rewriting our knowledge and overhauling long-held beliefs at a moment’s notice. Sure, science is a process of continual, never-ending updates, but it’s a slow, gradual exercise that creaks and groans forward through the years, decades, and even centuries.

If a headline is telling you that a major new discovery will completely change our paradigms, it’s probably wrong. Not because the result may be incomplete or even incorrect, but because that’s simply not how science works.

Take the atom. A bedrock of our modern understanding of physics, chemistry, and generally How Things Work. In the early 1800’s chemist and all-around smart guy John Dalton developed the first scientific theory of the atom, making a convincing case that the stuff of everyday existence was made of small little bits. He even went so far as to estimate the masses of some of those bits.

But get this: it took another hundred years of dogged scientific pursuit to really convince ourselves that atoms existed. People like Ernest Rutherford and Albert Einstein were able to weave theory and experiment into a consistent framework, and it took even later generations of scientists to build from that and paint the portrait of the subatomic world.

We see this story play out throughout science and throughout time. A surprising experiment or landmark thesis will appear on the scene suddenly, with the scientific world taking notice. But opening a door doesn’t mean you’ve walked through it – those flashpoints in history or important dates that we read about in school are just the beginning of the real work.

Science is slow. Science is gradual. Science is painstaking and excruciating. Science takes bits and pieces from countless individual labors over the generations to build a coherent theory.

And it’s this way for a reason. As scientists we must be uber-skeptical. We have to check and recheck our work. And do it again. We simply can’t admit every single new piece of evidence without vetting it and incorporating it into existing frameworks…or, if the evidence accumulates beyond a certain critical threshold, dismantling that framework in favor of a new one.