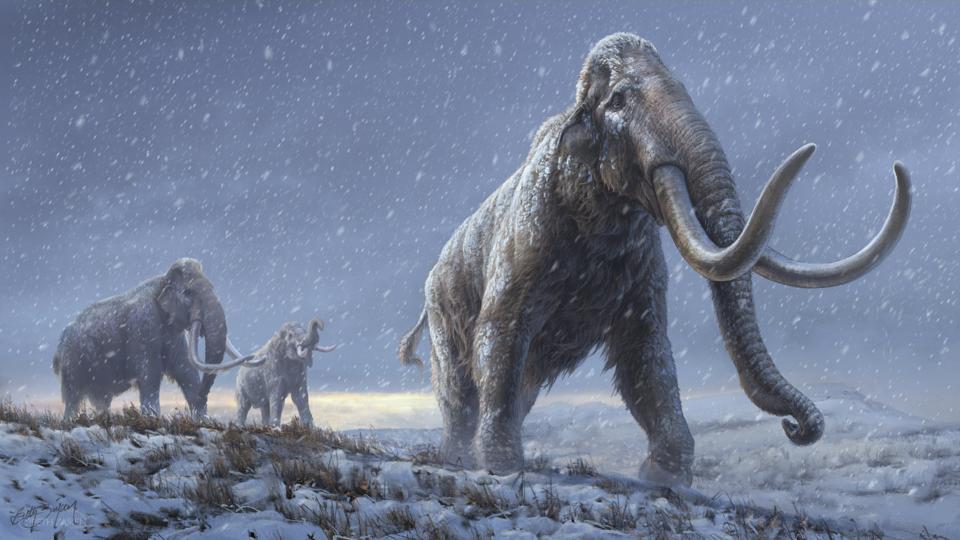 A groundbreaking discovery has allowed scientists to go further back in time using DNA than ever before by almost a million years. An internati0nal team has pieced together the genetic data from woolly mammoth specimens that lived over a million years ago.

“This DNA is incredibly old. The samples are a thousand times older than Viking remains, and even pre-date the existence of humans and Neanderthals,” says Love Dalén, a Professor of evolutionary genetics at the Center for Palaeogenetics in Stockholm.

Dalén is senior author of a paper outlining the discovery in the journal Nature.

The DNA comes from mammoth teeth recovered from Siberian permafrost. A pain-staking multiple year effort was required to puzzle the badly degraded small bits of genetic information together. Once the picture was complete, it portrayed a brand new picture of the mammoths’ lineage.

It turns out the well-known North American Columbian mammoth is actually a hybrid species with one ancestor that was previously unknown to science. This new genetic line has been dubbed the Krestovka mammoth, for the area where it was discovered. This mammoth would have diverged from the main line of other Siberian mammoths over two million years ago.

“This came as a complete surprise to us. All previous studies have indicated that there was only one species of mammoth in Siberia at that point in time, called the steppe mammoth,” says the study’s lead author Tom van der Valk. “We can’t say for sure yet, but we think these may represent two different species.”

The researchers say it appears that the iconic ice age mammoth thought to have roamed North America may have actually come about through a process of hybridization about 420,000 years ago.

Finding such old specimens also allowed scientists to trace the evolution of the species over time. The resulting revelation was that the most ancient mammoths probably weren’t dramatically different from their distant descendants and that they evolved slowly through the eons.

“Our analyses show that most cold adaptations were present already in the ancestor of the woolly mammoth,” says co-lead author David Díez-del-Molino.

Beyond being a dig deal for the study of mammoths, the results are encouraging for scientists’ ability to use DNA analysis as a sort of time machine.

“One of the big questions now is how far back in time we can go,”says Anders Götherström, joint research leader. “We haven’t reached the limit yet. An educated guess would be that we could recover DNA that is two million years old, and possibly go even as far back as 2.6 million.”

Maersk says it will launch a carbon neutral vessel by 2023, seven years ahead of schedule
The U.K., The EU And The WHO Have All Authorized AstraZeneca’s Covid-19 Vaccine—Why Hasn’t The U.S.?
The tech industry is looking to replace the smartphone — and everybody is waiting to see what Apple comes up with
Hybrid Electric Aviation Pioneer Ampaire To Be Acquired By Surf Air
Texas blackouts show how vulnerable power grid is to climate change