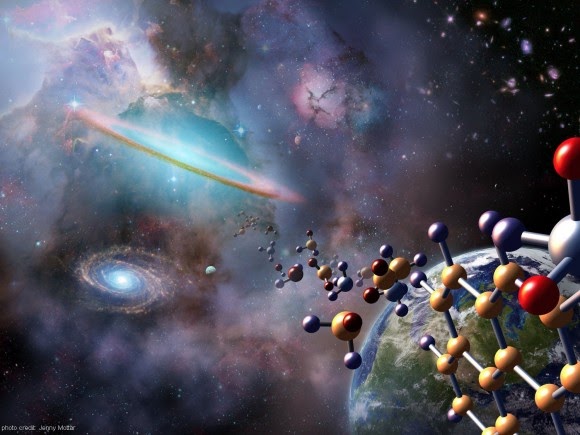 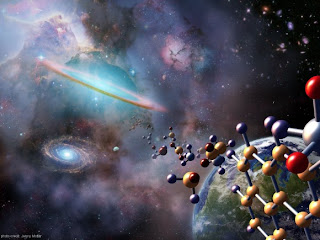 Sugar. A variant on the sweetest ingredient in many a sumptuous holiday feast, glycolaldehyde has now been found in a star-forming region of space far from the galactic center called G31.41+0.31, about 26,00 light years away from Earth. Directly linked to the origin of life, glycolaldehyde is an advantageous find for researchers seeking out habitable planets.
A team of international researchers used the powerful IRAM radio telescope in France to observe G31.41+0.31 with high angular resolution and at different wavelengths. This allowed the researchers to view astronomical objects with extreme sharpness and fine detail. Several observations confirmed the presence of glycolaldehyde at the core of the region. The simplest of monosaccharide sugars, glycolaldehyde (the prefix “glyco” indicates the presence of a sugar on a non-carbohydrate substance) can react with the substance propenal to form ribose, the backbone of ribonucleic acid (RNA). Although deoxyribonucleic acid (DNA) is more of a celebrity these days in our gene-obsessed culture, most scientists believe that RNA molecules were central components of the earliest cells. So enjoy an extra-sweet thanksgiving, the rest of the galaxy is!
What happens when several thousand distinguished physicists, researchers, and students descend on the nation’s gambling capital for a conference? The answer is “a bad week for the casino”—but you’d never guess why.
Lexie and Xavier, from Orlando, FL want to know: “What’s going on in this video ? Our science teacher claims that the pain comes from a small electrical shock, but we believe that this is due to the absorption of light. Please help us resolve this dispute!”
Even though it’s been a warm couple of months already, it’s officially summer. A delicious, science-filled way to beat the heat? Making homemade ice cream. (We’ve since updated this article to include the science behind vegan ice cream. To learn more about ice cream science, check out The Science of Ice Cream, Redux ) Image Credit: St0rmz via Flickr Over at Physics@Home there’s an easy recipe for homemade ice cream. But what kind of milk should you use to make ice cream? And do you really need to chill the ice cream base before making it? Why do ice cream recipes always call for salt on ice?
This article was originally published by Google.com. Read the original article here.
Share on Facebook
Share on Twitter
Share on Pinterest
Share on LinkedIn