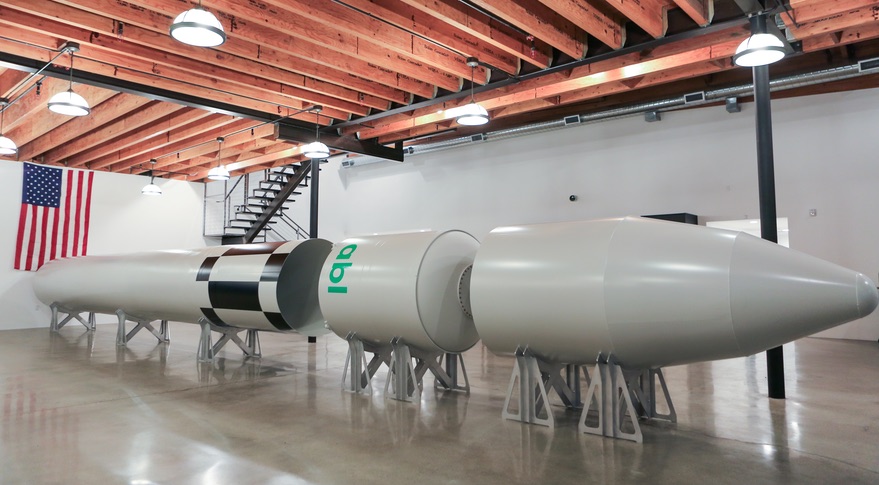 WASHINGTON — A small launch vehicle company is increasing its vehicle’s payload capacity and reducing its price as it seeks to find a niche in a crowded market.

ABL Space Systems plans to announce Feb. 1 that it is offering an upgraded version of the RS1 rocket at a price of $12 million a launch, down from an earlier price of $17 million. The vehicle’s performance has been increased from 900 to 1,200 kilograms to low Earth orbit.

Company executives say the change in performance and cost comes after a year and a half of work to refine the design of the vehicle and better understand what it would take to produce the vehicle.

“After a year and a half of designing the vehicle, developing a supply chain, procuring parts, doing testing on those and characterizing their performance,” Dan Piemont, chief financial officer of ABL Space Systems, said in an interview, “we’ve matured our sense of performance and cost, and that allowed us to drop the price.”

Another aspect was a decision to bring engine production in-house. ABL Space Systems originally planned to purchase engines from Ursa Major Technologies, an engine developer, for the RS1. Now, the company is developing its own engines, E1 and E2, for the rocket’s first and second stages, respectively.

“What we decided that, from both a cost competitiveness and schedule perspective, in terms of controlling our own development schedule, that bringing engines in-house would give us a better business long-term,” said Piemont.

That decision also led to the increase in payload performance. Using three E1 engines allowed the first stage of the rocket to grow, he said, “and got a little bit of extra performance that way.”

The company is currently working on the first E2 engine, with tests of the engine, and later tests of the integrated stage, planned for later in the year. The E1 engine is in a design phase, but has some shared components with the E2, he said. “We’re going to use lessons learned from E2 before we get that first article E1 engine on order,” he said.

ABL Space Systems has completed the first “development vehicle build” of the rocket, using the same design and manufacturing methods planned for flight vehicles, and performed a tanking test. Piemont said the company is on schedule for a first launch in the third quarter of 2020.

Piemont said the company hasn’t selected a launch site for the vehicle, but that it has “conceptual frameworks” for all major U.S. launch sites regarding how they would operate there. The RS1 doesn’t require any permanent launch infrastructure at any site, using modular, containerized systems that can be trucked in.

The company expects the demand for launches to come from proposed broadband megaconstellations using satellites weighing a few hundred kilograms each. While such systems will likely be deployed using larger vehicles, smaller rockets like the RS1 could be used for launching replacements and technology demonstration satellites, Piemont said, as well as “orbital plane completion” missions where a satellite operator needs to launch just a few satellites to complete a single plane of its constellation.

Other demand, he said, could come from customers seeking to launch smallsats into higher orbits, including geostationary orbit, as well as growing government interest in small satellites. The RS1 could be used for deploying constellations of cubesats. Piemont said the company has a couple memoranda of understanding signed with potential customers, but declined to identify them.

ABL Space Systems is not the only company targeting this class of missions. Firefly Aerospace and Relativity are also developing vehicles with similar capacities and price points, but ABL believes a focus on design simplicity will help it win demand.

He said that ABL didn’t see anyone going after a “truly simple approach” for developing vehicles, leveraging existing technologies. “So that’s what we decided to do, and its reflected in the architectural choices that we’ve made.”

The announcement is one of the first by ABL Space Systems, which has been operating quietly since its founding in 2017. The company currently has 22 people at its headquarters in El Segundo, California. It has an agreement with Camden County, Georgia, to establish a test site there not far from the location of a proposed spaceport, and Piemont said the company hopes to set up that site later this year.

The company remains secretive about other things, though, including how much money it has raised. Piemont said the company will likely raise more money prior to first launch, but exactly how much, and from what sources, “will be part of the growth process this year.”

Even the company’s name, ABL Space Systems, is a mystery. When asked about the meaning of the name, Piemont said, “We’ll keep that one close to the chest for now.”

Kids need to spend time alone outdoors to really bond with nature, study finds
NASA Astronauts Robert Behnken and Douglas Hurley’s Scientific Journeys aboard the Space Station
Daily briefing: Last of their kind, the tuatara genome reveals why this reptile is so remarkable
Some extreme planets have lava oceans, but something else is making them so bright
With Thompson’s nomination, U.S. Space Force leadership takes shape