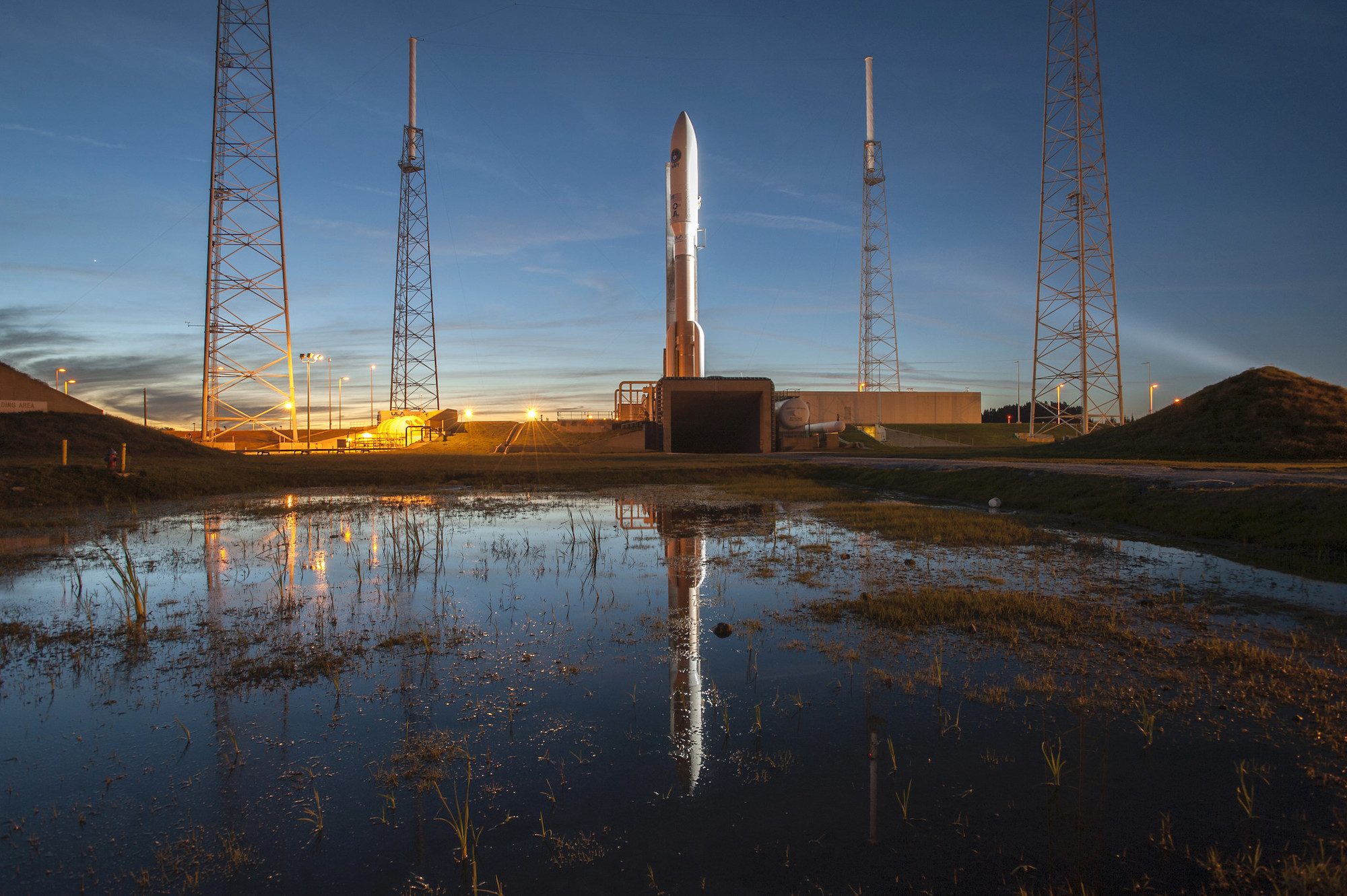 The ELC started in fiscal year 2013 and supported both Delta 4 and Atlas 5 launches. ELC was sized to support up to eight national security space launches per year and maintain four launch pads at Vandenberg Air Force Base, California, and Cape Canaveral Air Force Station, Florida. The Phase 1 ELC was a cost-reimbursable contract. The Air Force said 44 missions were launched using the Phase 1 ELC.

The National Defense Authorization Act for Fiscal Year 2016 directs the Air Force to end the ELC contract in 2019. The 2016 NDAA also requires the Air Force to discontinue using Russian-made rocket propulsion systems. The main engine of the Atlas 5 is the Russian RD-180. The Air Force cannot order any Atlas 5 launches after Dec. 31, 2022.

The sole source contract announced Oct. 1 will be for 14 months and only apply to the Atlas 5 vehicle. It covers all launch and production operations support to launch the AEHF-6, AFSPC-7, and NROL-101 missions. Col. Robert Bongiovi, director of the Space and Missile Systems Center Launch Enterprise, told reporters Sept. 30 that the Atlas 5 completion contract “ensures that each of these three missions has production and launch operations support from the end of the Phase 1 ELC contract to its respective launch date.”

AEHF-6 and NROL-101 will use the more powerful configuration of the Atlas 5, the 551, that has five side-mounted solid rocket boosters. ULA received a $146.5 million contract in April 2017 for NROL-101. The Air Force did not disclose the individual price it paid for the Atlas 5 vehicles for AEHF-6 and AFSPC-7. According to Air Force budget documents for fiscal year 2017, the per unit cost of EELV launch vehicles ranged from $117 million to about $159 million depending on the configuration.

AEHF-6 will be the sixth vehicle of a constellation of cross linked satellites that provide secure communications for the U.S. military. The AFSPC-7 mission will launch the Air Force’s X-37B spaceplane on its next round of on-orbit experiments. NROL-101 is a classified mission for the intelligence community.

A ULA spokesperson said in a statement that the contract awarded Oct. 1 for the remaining Phase 1 missions “includes a well-defined scope to ensure the Air Force and the NRO have the necessary capability to launch the remaining missions on schedule.”

The Atlas 5 completion contract closes out the EELV Phase 1 Block Buy contract. There are still six additional Atlas 5 missions that ULA was awarded in Phase 1A of EELV. Phase 1A was a separate procurement created after SpaceX was certified to compete for EELV launches. The six remaining Atlas 5 missions under Phase 1A are STP-3, AFSPC-12, AFSPC-8, Silent Barker, SBIRS GEO 5 and SBIRS GEO 6.

These nine launches are likely the final Atlas 5 missions under the National Security Space Launch.

For the Air Force’s next launch competition, the National Security Space Launch Phase 2 Launch Service Procurement, ULA is designing a new rocket, the Vulcan Centaur, to replace the Atlas 5 and the Delta 4 Heavy. The Air Force in 2020 plans to select two companies to split 60/40 all national security launch missions from 2022 to 2026.

ULA will continue to produce the Atlas 5 for NASA’s commercial crew program to send astronauts to the International Space Station. The Atlas 5 is the launch vehicle for Boeing’s Starliner capsule. The first orbital flight test of the Starliner without crew on board is planned for October. SpaceX also is under contract to transport astronauts to the ISS aboard its Crew Dragon capsule.