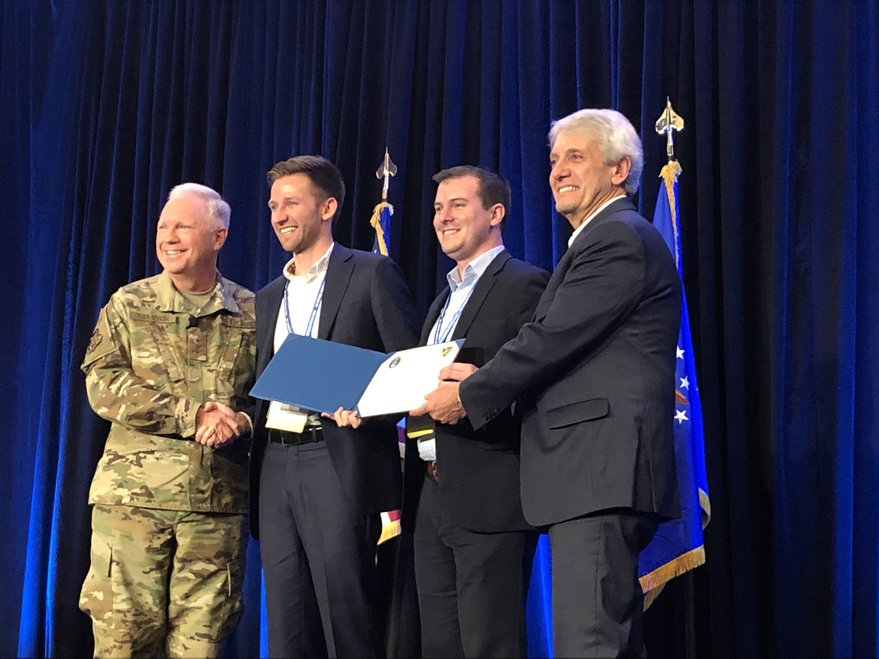 “Space Pitch Day and a lot of other initiatives we have going on in the acquisition community are primarily designed to flip the switch,” Thompson told reporters during a Nov. 6 briefing. “We have to procure systems faster. We have to partner with commercial industry better. And we have to be able to field innovations that help us maintain an advantage over our adversaries.”

After awarding $750,000 SBIR phase two awards to 30 companies attending the event, Air Force panels selected 15 companies to submit proposals for an additional $750,000 or $2.25 million. The Air Force decided which firms were eligible for additional funding based on “which capabilities would provide the most benefit to the warfighters” and how the additional funding would speed up delivery of those capabilities, Thompson said.

At the conclusion of the Nov. 6 Space Pitch Day, the Air Force invited eight firms to apply to increase their SBIR phase two awards from $750,000 to $3 million. The firms were Analytical Space, Arete Associates, Lucid Circuit, Numerica, Orbitron, Roccor, Space Micro and Synantech.

“The pitches from this group were particularly outstanding,” Thompson said.

Companies that won $750,000 but were not asked to apply for additional SBIR money on Nov. 6 will have additional funding opportunities, Thompson said.

The Air Force has revised its SBIR program to make it more inviting to small companies. Rather than describing in detail the technologies it seeks, the service lists areas of focus called Open Topics.

“We’ve started a grassroots effort to make SBIR phase one awards easy with Open Topic calls where we don’t presume to know what we are looking for,” Roper said.

The Air Force is likely to continue to award SBIR phase two money through pitch days because they introduce Air Force officers responsible for fielding technology to the companies developing it, he added.

Over the next few months, the Air Force will continue to develop a plan for SBIR phase three contracts that will include requirements for private matching funds, Roper said.

In a pathfinder project, private investors matched Air Force funding by a ratio of three to one or four to one, Roper said. “That is what SBIR phase three will be centered around. We want to make it very clear this is a launching pad towards commercial viability where the government is your partner,” he added.