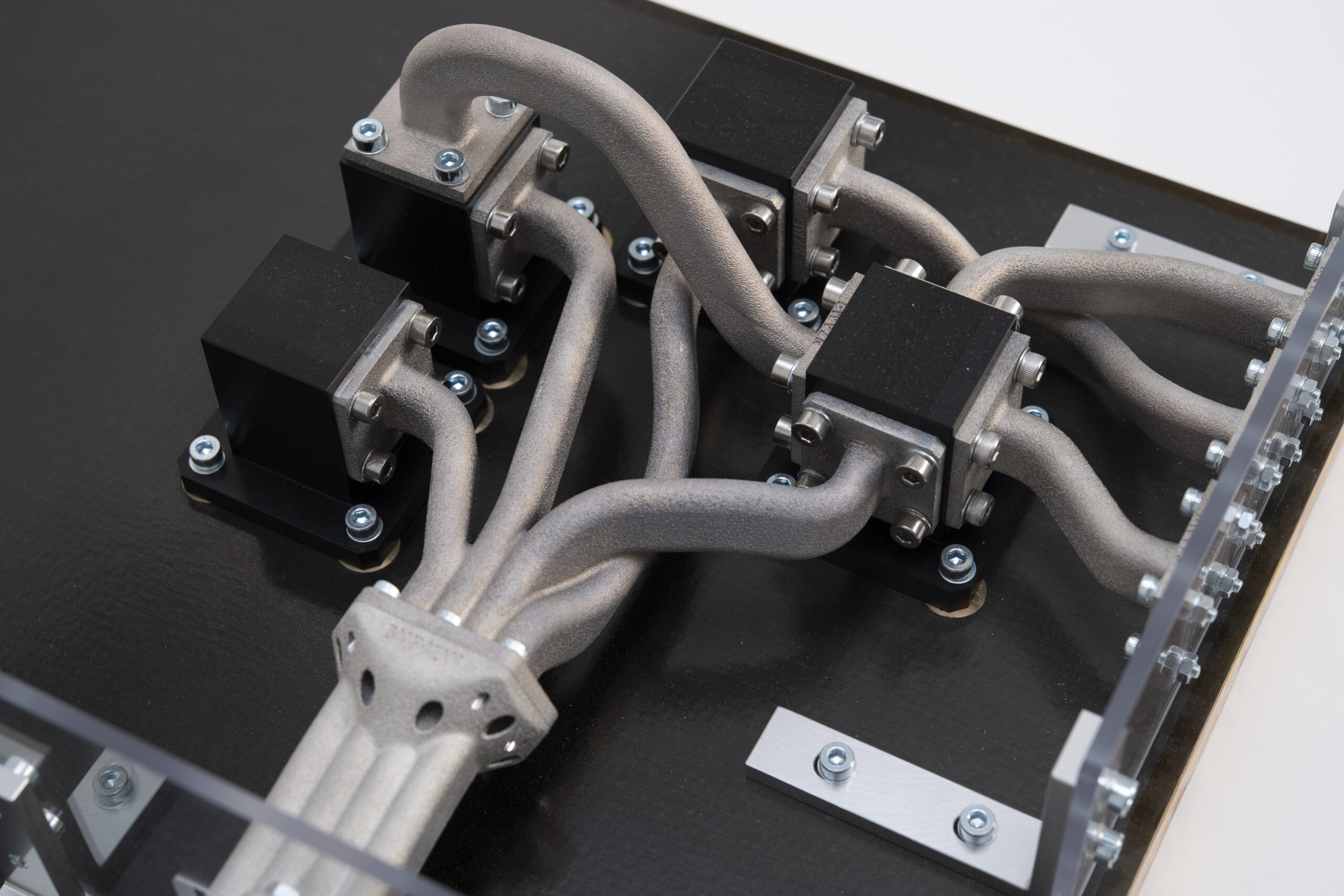 It marks another push into the country for CAES, which became a stand-alone U.S. company after private equity firm Advent International bought the parent group for around $5 billion last year.

David Young, chief technology officer of CAES, aims to leverage this independence to meet growing demand for trusted and secure components from customers including the Department of Defense.

The agile nature of this type of manufacturing enables engineers to print designs, test and then adapt them faster than traditional mechanical workflows, which are often tied to standardized shapes that can be carved out of materials.

However, although companies such as Relativity Space with its 3D-printed rockets have been making significant strides with this manufacturing technology, it is still in an early stage of development, usually confined to simple structures in the space industry such as brackets for holding other parts in place.

Swissto12 has made important 3D printing technology advancements over the last couple of years, Young said in an interview, particularly with RF components “which are inherently difficult to additively manufacture.”

The stratification of layers in a 3D-printed product tends to generate inaccuracies that bounce RF signals around, Young said, requiring refinements to limit losses that slow down the production process.

Swissto12 says its end-to-end 3D printing solutions have solved this specific problem for RF applications, and a few hundred of its products are already on in-orbit satellites.

The Eutelsat Konnect satellite built by Europe’s Thales Alenia Space and launched in 2020 is one of them. Swissto12 also has a presence on satellites operated by U.K.-based Inmarsat and Israel’s NSLComm.

“We saw it as a natural fit into the industry that we deal with every day to help simplify manufacturing to bring lower cost, higher technology components to market,” Young said.

“Because CAES operates with all of the primes, we have the ability to take this technology … into all of the different spacecraft that are out there today.”

While Young said the technology also offers benefits for terrestrial RF solutions, CAES is “looking to make a splash in space first” because of the extra importance on size and weight for spacecraft.

The alliance comes after Swissto12 opened an office in Santa Clara, California, in 2019 to expand its U.S. presence.

Emile de Rijk, Swissto12’s CEO, said in a separate interview that this U.S. base will remain open so the two companies can work together in long-term support to customers in the country on new products and designs, in addition to sharing the intellectual property (IP).

“This is not a deal with CAES where we just throw some IP over the ocean and let them work with it,” he said.

In December 2020, Swissto12 said satellite maker Maxar had become one of its first customers in the U.S. for space hardware, specifically for narrow-band and high-power waveguide filtering functions using 3D printing.

De Rijk described Maxar as a typical customer that would benefit from having a domestic source for its RF products.

Swissto12 continues to have an independent work stream for other payload systems and subsystems, and he said its technology is particularly well suited for electronically steered antennas, a critical enabler of low-Earth-orbiting satellite broadband networks.

Additively manufacturing high-performance RF equipment can be seen as the third step toward a future where entire satellites are 3D printed — potentially by printers in orbit, according to Young.

The first stage was the ability to additively manufacture basic structures, a capability that he said is relatively mature.

The second step concerns the manufacturing of fuel tanks that are often pressurized and have to withstand different loads. They are now starting to be 3D printed by satellite providers.

“A tank is very focused on, I’ll say, the mechanical world,” Young said.

“The things that we’re talking about building are very focused on taking the electromagnetic world and transferring it through the mechanical world to the digital devices.”

There are many 3D printing stages left to master for satellites, de Rijk added, including thermal management, cooling systems and other structures that rely on intricate geometries.

And while 3D printing satellites from space will be the next frontier, he believes it will be “decades from now” before that starts to become an operational and commercial reality.

“It’s a cool area, but … there is still a lot to do with manufacturing on the ground,” de Rijk said.

“Today, we’ve really just scratched the surface. I mean, we’ve done 1% of what we could do in terms of 3D printing space hardware.”