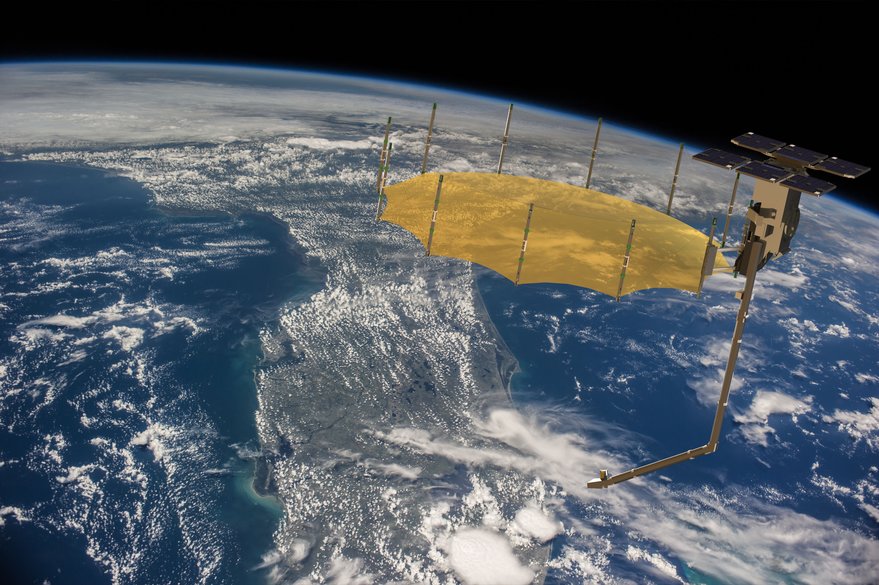 Weighing in at 100 kilograms, the new satellites are about twice the size of Denali, Capella’s 48-kilogram technology demonstration spacecraft launched in December 2018.

“We spent a lot of time talking to key customers and end users and the message we received was very clear,” Christian Lenz, Capella vice president of engineering, told SpaceNews. “A high-performance, low-latency, excellent user experience system was needed.”

To achieve that vision, Capella made significant changes to the Denali design. The firm doubled the size of solar arrays, added a second star tracker, opted for larger reaction wheels and redesigned the reflector antenna for its Whitney constellation. Capella’s new 3.5-meter aperture deployed mesh-based reflector antenna is designed to deliver high-contrast, low-noise imagery with resolution better than 50 centimeters.

“Implementing all of these improvements, however, did require making difficult choices,” Payam Banazadeh, Capella founder and CEO, said in a Jan. 21 blog. “We delayed commencement of service by eight months to complete and validate Sequoia’s evolved design.”

Capella customers will request imagery electronically. The firm will then uplink requests to its constellation through Inmarsat communications satellites. On the back end, Capella will rely on Amazon Web Services and Amazon Ground Stations to reduce the time it takes to get imagery and data from the satellite to the ground, process them and get them to the user, Lenz said.