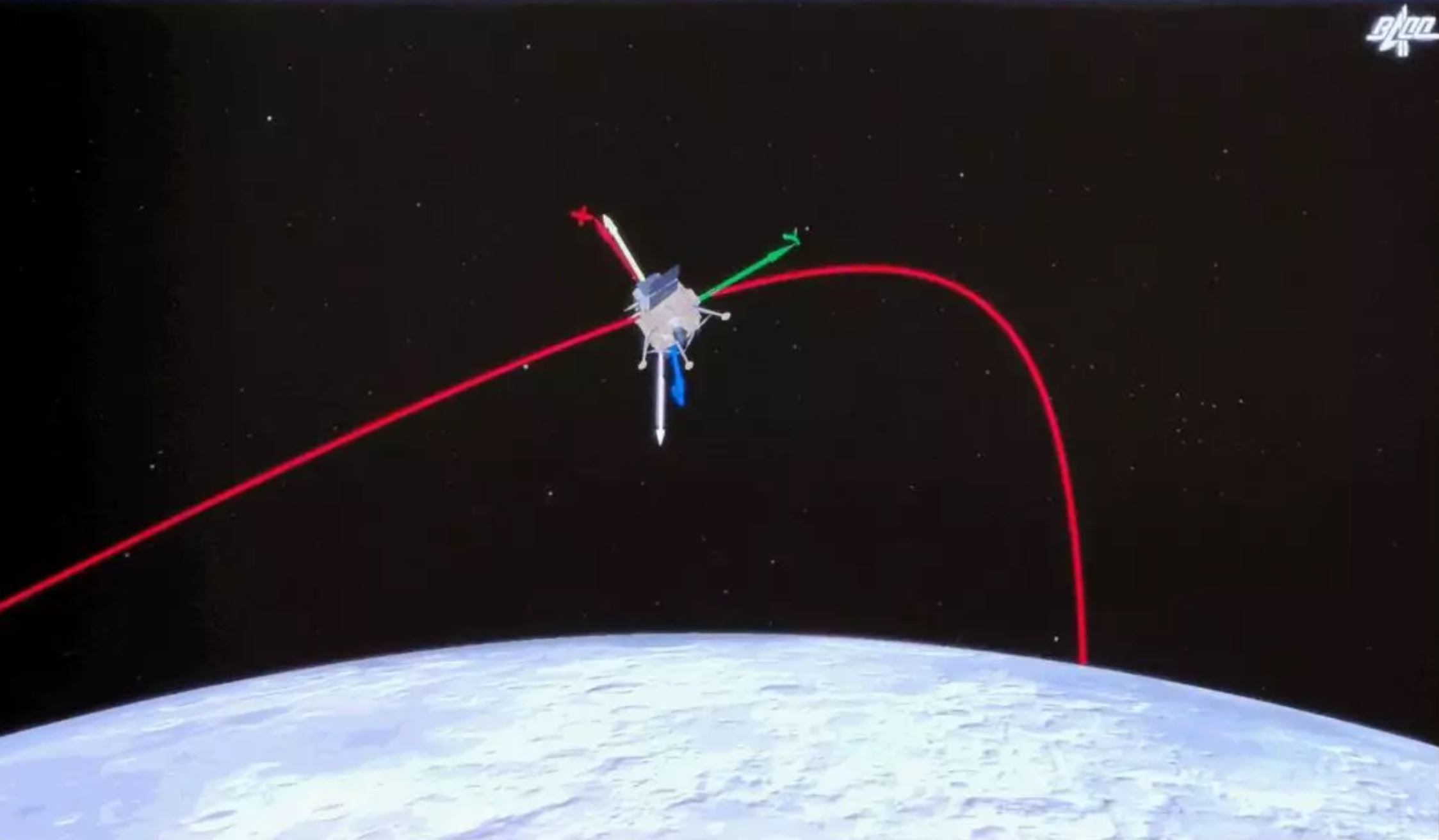 HELSINKI — China’s Chang’e-5 has successfully landed on the moon in a major step towards obtaining the youngest lunar samples so far collected and delivering them to Earth.

The lander will within a few hours begin collecting samples by drilling up to two meters into the lunar regolith, with a scoop to later take material from the surface. Liftoff of a small spacecraft atop the lander will take place in around 48 hours.

A waiting lunar orbiter will collect the samples from the ascent vehicle and deliver them to Earth around December 16.

The mission is the first lunar sample return attempt since the end of the U.S. Apollo and Soviet Luna missions in the 1970s. It is hoped the radiometric dating of samples brought to Earth will confirm the age of rock units theorized geologically youthful.

A relative lack of crater impacts observed in parts of this western edge of the moon suggest that it contains basaltic rocks created by late-stage volcanism which could be billions of years younger than those collected from Apollo and Soviet Luna landing sites.

“With the new age data, we can calibrate the crater counting method, being more precise for young events,” Dr. Lin Yangting, at the Institute of Geology and Geophysics in Beijing under the Chinese Academy of Sciences, told SpaceNews. Additionally, scientists will conduct compositional, mineralogical and radioisotope analysis to ascertain “the nature of the young basalt and its mantle reservoir, in order to understand why the basalt erupted so [much] later.”

The four-module Chang’e-5 spacecraft launched on a Long March 5 rocket Nov. 23. It then embarked on a 112-hour to the moon and entered lunar orbit Nov. 28 before the spacecraft separated in preparation for the landing attempt.

The lander is carrying science, imaging and sampling equipment along with the small ascent vehicle designed to lift samples back into lunar orbit. An orbiting service module remains in a lunar orbit ready to receive the samples, a process requiring an exacting and time-critical automated rendezvous and docking with the ascent vehicle.

Tuesday’s lunar landing is China’s third, following the Chang’e-3 and Chang’e-4 missions which touched down in 2013 and 2019 respectively. Chang’e-4 also made the first ever landing on the lunar far side with the aid of a relay satellite positioned beyond the moon.

Now on the surface, the Chang’e-5 lander has 48 hours to carry out its science and sampling activities and prepare the ascent vehicle for liftoff. 20 hours are set aside for collecting around two kilograms of lunar materials. These will consist of 0.5 kilogram samples from drilling and 1.5 kilograms scooped from the surface and placed in a container aboard the ascent vehicle.

Then follows perhaps the most challenging stages of the complex Chang’e-5 mission. The  roughly 500-kilogram ascent vehicle will launch from atop the lander into a 15 by 185-kilometer orbit to meet up with the waiting service module, which is meanwhile performing phasing burns in lunar orbit. Around two days after ascent vehicle liftoff the two spacecraft will have a 3.5-hour window during which they must perform rendezvous and docking.

China has conducted rendezvous and docking operations, both automated and manually, in low Earth orbit using Shenzhou crewed spacecraft, Tiangong space labs and Tianzhou cargo vessels. This operation will however be taking place nearly 400,000 kilometers from Earth, bringing not insignificant light-time delay. It would also be the first ever robotic docking operation in lunar orbit.

After a successful docking the sample canister will be transferred from ascent vehicle to the reentry module attached to the service module. The ascent vehicle will then be jettisoned. The service module will spend 6-7 days in lunar orbit awaiting the optimal Earth return trajectory window for a reentry and landing at Siziwang Banner, Inner Mongolia 112 hours later.

The reentry vehicle will separate from the service module around 5,000 kilometers from Earth. A skip reentry, involving bouncing off the atmosphere—a maneuver tested by the Chang’e-5 T1 mission in 2014—to deal with the high-velocity return from the moon will follow. ESA tracking stations will support this critical phase as the spacecraft attempts reentry.

Samples will then be transferred to specially constructed facilities in Beijing and Hunan for handling, analyzing and storing the lunar material.

Bradley Jolliff, professor of Earth and planetary sciences at Washington University in St. Louis, says that remote sensing evidence for unusual concentrations of thorium, uranium, and potassium in the landing area pose interesting questions pertinent to Chang’e-5. “These are radiogenic heat-producing elements and may help us to understand why volcanism was so prolonged and extensive in the western Oceanus Procellarum region.”

Additionally there is the possibility of the presence of “silicic volcanics” from the Mairan Domes in the collected material, which would provide added insight into potentially the complex lunar geology of the region.

Katherine Joy, a Reader in Earth Sciences at the University of Manchester, says the additional Chang’e-5 lander radar and imaging spectrometer instrument payloads will provide vital geological context for the returned samples. These will help “reveal the sub-surface nature of the landing site, for example, revealing the thickness of underlying soil and lava flows, and also the compositional diversity of the area.”

These will “help [us] understand if the samples returned to Earth are representative of the area in which they were collected.”

Joy and Jolliff state that development of robotic sample return technologies will assist in exploration of the moon, both as a step to crewed missions and providing ability to visit scientifically interesting areas which will not be targeted by human missions.

Chang’e-6 is a sample return spacecraft engineered at the same time as Chang’e-5 to provide a backup in the event of failure. Success of Chang’e-5 would however see Chang’e-6 repurposed for a landing at the lunar south pole around 2023.

China has stated it will then proceed into an extended phase of lunar exploration involving Chang’e-7 and further lunar landing missions. The aim will be to establish an ‘international lunar research station’ in the mid-to-late 2020s as a precursor to crewed landings.

Sample return technology and experience developed through Chang’e-5 is also to be utilized for planned near Earth asteroid and Mars sample return missions later in the decade. The complexity of the Chang’e-5 mission profile is considered by observers to be related to future crewed lunar landing ambitions.

“The Chinese space agency has demonstrated its capabilities several times now, and they have stayed on schedule with their ambitious plans for the past decade. They will probably do likewise with their manned exploration. I think we should cooperate in terms of the science. It’s a great way to do diplomacy,” says Jolliff.