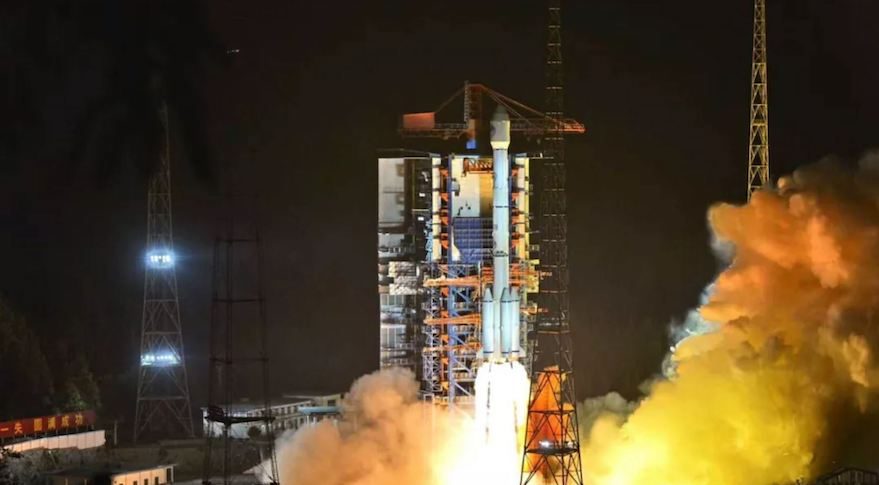 HELSINKI — China will attempt major space exploration missions and test new rockets in 2020 while also looking to continue a launch rate which has seen it lead the world in orbital launches over the past two years.

This number is expected to include missions to Mars, the moon, test flights of new launch vehicles, and the completion of the Beidou navigation system. Commercial launch companies will further add to Chinese launch activities.

The country carried out more launches than any other for the first time in 2018, launching 39 times including a single failure, far surpassing its previous record of 22 launches in 2016. And this new high launch rate has not slowed.

There have been 29 Chinese launches so far in 2019, including two failures. With at least three more attempts to follow, China seems set to finish well ahead of second-placed United States, currently with 23 launches including Electron launches from New Zealand.

China however still trails both the United States and Russia in terms of mass sent to orbit per year. And while China is currently launching the most rockets globally, the United States could see expanded activity next year, with SpaceX planning 24 Starlink launches alone for 2020.

Major planned launches for 2020 include the country’s first interplanetary mission—to Mars—and the Chang’e-5 lunar sample return late in the year.

The Long March 5B a variant of the Long March 5 developed for low Earth orbit missions. The test flight payload will be an uncrewed test of a new generation crewed spacecraft capable of journeys to deep space. This mission is expected to be similar to the 2014 Exploration Flight Test-1 of NASA’s Orion.

Moreover, the success of this test flight is a prerequisite for China to begin to launch modules for its planned space station, around 2021.

Another national priority is the completion of the Beidou navigation system – China’s answer to the U.S. GPS and systems developed by Russia and Europe.

Launch of a pair of Beidou satellites to medium Earth orbit Nov. 22 saw a spent booster fall on and destroy a residence downrange. A similar launch is expected in the coming weeks.

2020 will see the test launch of the Long March 8, a liquid propellant rocket designed to fill a gap in launch to capabilities to Sun-synchronous orbit (SSO).

The new launcher will also be the first Chinese test of vertical takeoff, vertical landing capabilities for an orbital launcher. An animation of the landing sequence suggests the two side boosters will attached to the first stage.

CASC states that the Long March 8 will be able to launch a 5 metric ton payload to SSO and 2.8 tons to geosynchronous transfer orbit.

The first stage of the Long March 8 is largely inherited from the Long March 7, a new generation kerosene-liquid oxygen launcher. The Long March 7 debuted in 2016 and carried the Tianzhou-1 resupply spacecraft in 2017 but has not flown since.

CASC late last month carried out a successful high-altitude simulation test of the second stage liquid hydrogen-liquid oxygen engine, derived from the third stage of the Long March 3B.

The Long March 8 was first announced as an expendable launcher in 2016, with a test flight slated for 2018. The pivot to reusability can be perceived as a reaction to developments in the launch market. CASC states the Long March 8 can initially be produced to meet a launch rate of 10 per year.

Shanghai Academy of Spaceflight Technology, under CASC, may also hold a test flight of the Long March 6A in 2020. The new rocket will utilize a pair of 120-ton thrust engines for the core stage, with the addition of four solid side boosters.

Another new launch vehicle is expected from CASC spin-off China Rocket Co. Ltd. The company successfully launched the Jielong-1 (‘Smart Dragon-1’) solid rocket in August. Next year it will follow up with Jielong-2 which will be capable of lofting 500 kilograms to 500-kilometer SSO compared to the 200 kilograms of Jielong-1.

Chinese private companies will also be in action in 2020. Beijing-based iSpace, which became the first such Chinese company to reach orbit in July, could follow up with further Hyperbola-1 launches.

OneSpace, another commercial launch provider concentrating on low-cost solid launch vehicles, will be looking to carry out a new launch. The firm failed with its first attempt to reach orbit in March.

Beijing Xinghe Dongli Space Technology Co. Ltd., also known as Galactic Energy, has stated that it aims to carry out the maiden launch of the solid propellant ‘Ceres-1’ in March 2020.

Landspace, which made the first orbital attempt late 2018,  is understood to have raised a significant amount of new funding, with the total and investors to be released next week.

The company is developing the Zhuque-2 medium-lift methalox launch vehicle. On Nov. 30 Landspace performed a successful full system test of the TQ-11 10-ton-thrust engine for the Zhuque-2. The larger 80-ton TQ-12 has also progressed well in testing.

A test flight is expected in 2021, when iSpace will also aim to test its own methalox launcher.

Expace, a commercial subsidiary of the China Aerospace Science and Industry Corporation (CASIC), a giant defense contractor, will continue to carry out contracts and increase its launch rate in 2020 with its Kuaizhou-1A missile-derived solid rocket. It could also debut the larger Kuaizhou-11 following numerous delays.

How One Unassuming Little Protein Makes Coronavirus A Killer
Myriad exoplanets in our galaxy could be made of diamond and rock
If The Big Bang Wasn’t The Beginning, What Was It?
Oracle poised to become TikTok’s U.S. technology partner after Chinese owners reject Microsoft’s bid
Bermuda Could Suffer Direct Hit From Strengthening Hurricane Paulette On Sunday Night