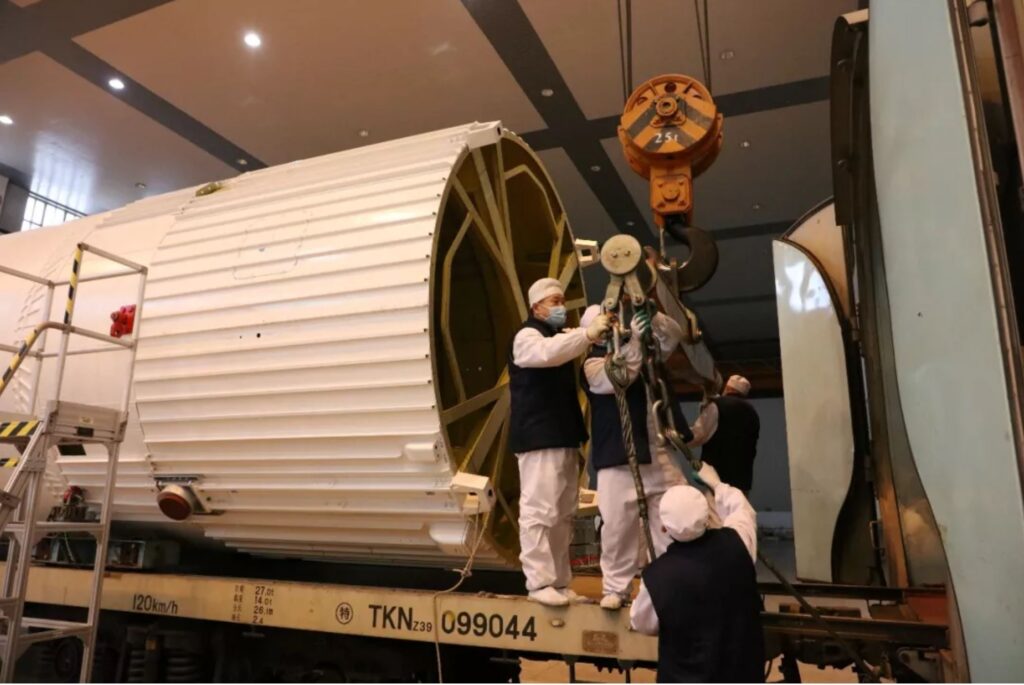 HELSINKI — China’s space industry is suffering adverse effects from the coronavirus outbreak which has so far infected mare than 30,000 in mainland China.

The China Aerospace Science and Technology Corporation (CASC), the country’s state-owned main space contractor, has resumed a degree of launch vehicle production activities following the Chinese New Year holiday. However the implementation of measures to fight the spread of the coronavirus have impacted production and research.

The new strain of coronavirus has had a profound impact on China since its outbreak in December. Chinese outlet Caixin reported midday local time Feb. 7 that 31,211 cases had been confirmed in China, with 637 deaths. 266 cases have so far been confirmed outside its borders.

CASC early this year outlined plans to attempt more than 40 launches in 2020. I is set tobe the country’s most active year so far, while including major interplanetary, lunar and space station-related launches.

However restrictions on travel introduced following the start of the Chinese New Year travel season mean many employees cannot return to places of work. Affected CASC institutes include the China Academy of Launch Vehicle Technology (Chinese) and the Shanghai Academy of Spaceflight Technology (SAST), which design and manufacture rockets.

Measures introduced at facilities include body temperature monitoring at checkpoints, the wearing of masks, disinfecting of areas, packaging meals into single containers, banning the use of elevators and reduced commuting.

The measures have been implemented at sites including the CALT, SAST, the China Academy of Space Technology (CAST) — which manufacturers spacecraft — the Tianjin AIT Center and sites across the country, including those in Xi’an, Chengdu and Shanghai.

Immediate and direct impacts on CASC’s launch plans are hard to gauge, given the opacity of operations. The sector also has a traditional slowdown for the holiday period around the Chinese New Year, which fell on Jan. 25. Knock-on effects may only become apparent much later, given the long lead time for missions.

Meanwhile Xichang Satellite Launch Center is proceeding with preparations for the first launch of a Long March 2D from the site, China Space News reports.

Capital Aerospace Machinery Co., Ltd., affiliated to CALT, reported that it continued production at reduced rates during the Chinese New Year holiday period, but has since expanded activity.

Space-related social media accounts have released a deluge of messaging related to the virus. These include reiterating government slogans and instructions, and expressing support for efforts to combat the virus. More unique examples include those on behalf of the Yutu-2 lunar far side rover and a poem from a launch vehicle engineer.

The death of Dr. Li Wenliang Feb. 6, has sparked expressions of grief and anger online in China. Li, who contracted and succumbed to the new coronavirus, had been one of the first to issue a warning about the new virus on social media. He was subsequently compelled by police to sign a statement admitting his warning was an unfounded, illegal rumor.

The first Long March 5B arrived at Wenchang Feb. 5. The 5B is a variant of the standard Long March 5. The 53.7-meter-long launcher is designed to loft space station modules into low Earth orbit (LEO).

The Long March 5B will undergo  testing with a prototype space station core module, delivered to Wenchang in January. The 5-meter-diameter hydrolox core state is supported by four kerolox side boosters. The launcher has a liftoff mass of 849 tons and a 20.5-meter-long, 5.2-meter-diameter fairing.

The payload for the launch an uncrewed test flight of a new generation crewed spacecraft designed to provide China with greater human spaceflight capabilities. The unnamed spacecraft will carry nearly 10 tons of propellant to simulate launching a 22-metric-ton space station module. CASC has stated that the launch is scheduled for mid-to-late April.

Before this the first Long March 7A launch is expected in March, also from Wenchang. The 7A is a variant of the kerolox Long March 7, with an added hydrolox third stage to facilitate launches to geosynchronous transfer orbit.

Efforts to contain the virus have had more impact on commercial space actors. These include government calls for companies to have their employees work remotely.

Expace, a launch service provider for solid-propellant Kuaizhou rockets, has temporarily halted work due to its proximity to the epicenter of the outbreak. A new Kuaizhou-11 rocket, larger than the Kuaizhou-1A currently in service, was reportedly scheduled for a test flight late February.

Expace is situated in the Wuhan National Space Industry Base, a hub designed to facilitate commercial space activities. The firm is a spinoff from defense contractor CASIC and its subsidiary, China Sanjiang Space Group. The Kuaizhou launch vehicle series are understood to be derived from missile technology.

As the situation develops travel bans could potentially impact Chinese participation in global space events and conferences. The United States Department of State is understood to be working towards holding an edition of the U.S.-China Civil Space Dialogue in the March timeframe. The State Department had not replied to a request for comment on possible impact on the schedule at press time.

A delegation of 20-plus Chinese was expected to be attending the ongoing Scientific and Technical Subcommittee of the Fifty-seventh session of the United Nations Committee on the Peaceful Uses of Outer Space (COPUOS), according to a provisional list (pdf). A list of confirmed participants will be published at the end of the Committee.