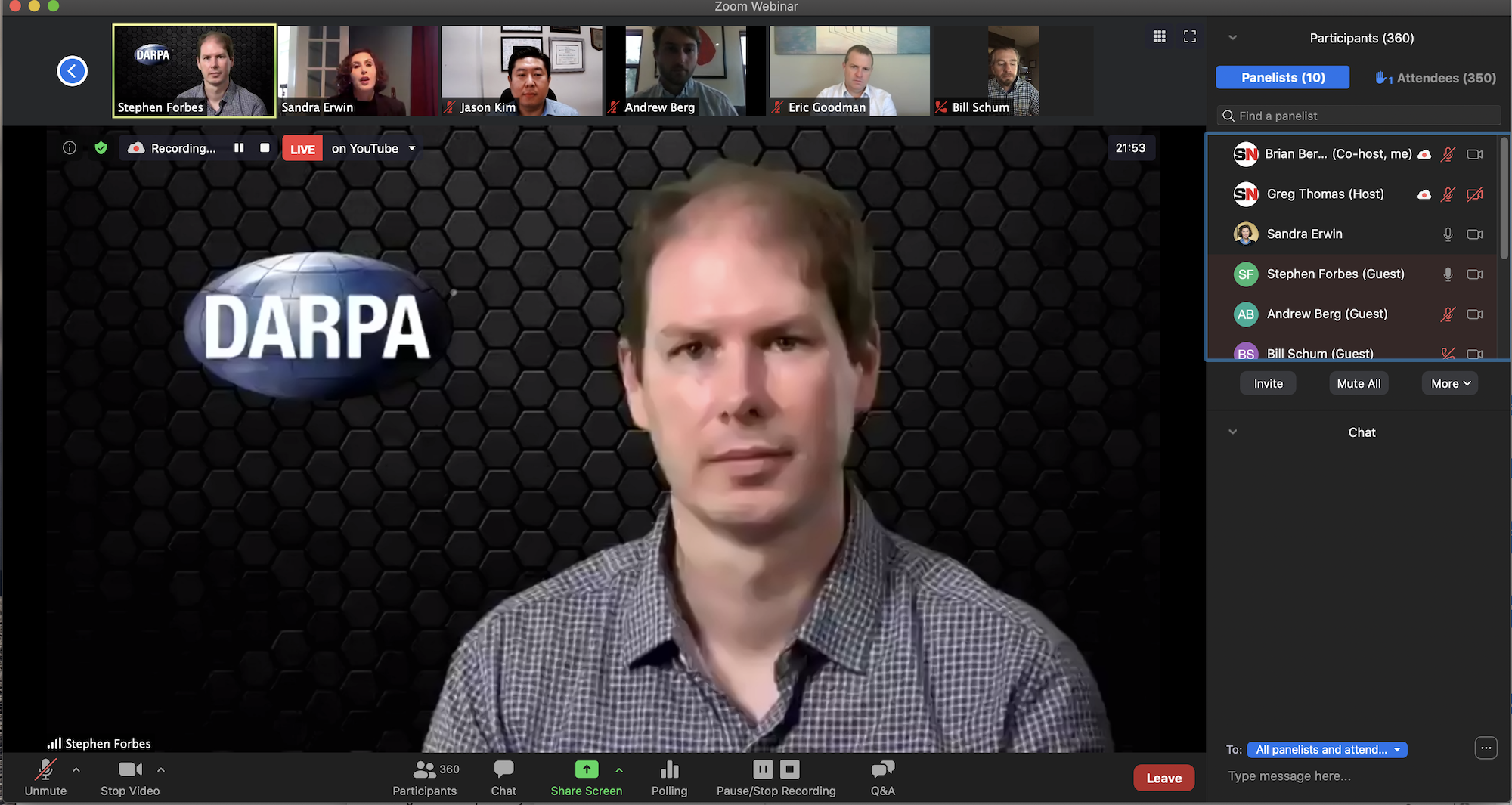 Forbes has been Blackjack’s deputy program manager since 2018.

DARPA’s Tactical Technology Office launched the Blackjack program in 2018 to demonstrate the value of small satellites in low Earth orbit as an alternative to the Pentagon’s large geosynchronous satellites.

Current Blackjack program manager Paul “Rusty” Thomas will be leaving the agency later this month to take a job in the private sector.

Forbes has served as Blackjack’s deputy program manager since 2018. Before coming to DARPA, he was senior research aerospace engineer in the flight experiments division of the U.S. Air Force Research Laboratory Space Vehicles Directorate.

Speaking Aug. 4 on a SpaceNews virtual event, Forbes said the Blackjack program is transitioning from “exploration of technologies” to the actual performance of capabilities.

“Normally when we build spacecraft in the DoD we build very expensive spacecraft and that limits how many we can build,” he said. “So Blackjack is an attempt to figure out what we can do from a DoD perspective with lower cost spacecraft.”

Historically lower cost meant lower performance, he said. But thanks to commercial advancements in space technologies and electronics, there’s a an opportunity to get systems at lower costs and high performance.

Blackjack next year will start launching experimental payloads to space to demonstrate technologies like optical communications links, autonomous satellite operations, and detection of targets on the ground and at sea.

Bill Schum of Blue Canyon Technologies, Andrew Berg of Loft Orbital, Eric Goodman of Lockheed Martin and Jason Kim of Raytheon Space Systems, also spoke during the SpaceNews webinar. These are four of several companies that have won Blackjack contracts.