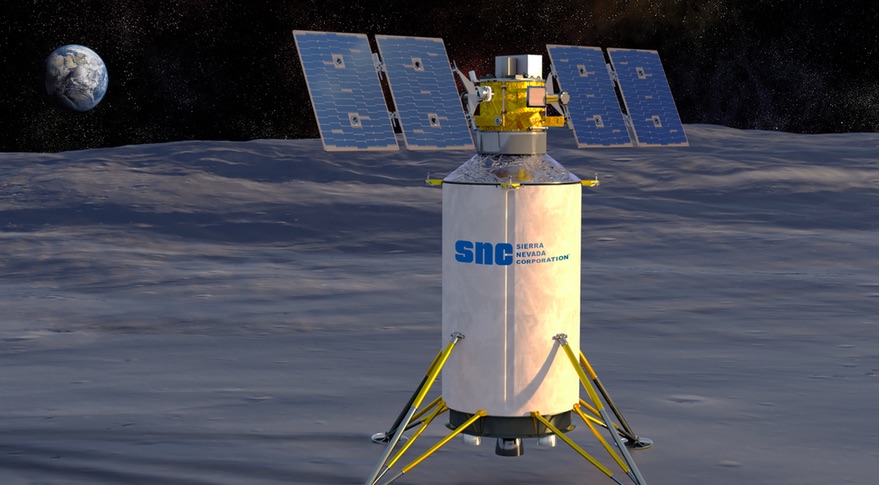 HONOLULU — A team led by Dynetics that includes Sierra Nevada Corporation (SNC) is among the bidders for a NASA program to develop landers that will carry astronauts to the surface of the moon.

In a Jan. 9 conference call with reporters to discuss their company’s plans for the upcoming year, executives with SNC’s space division said the company had joined a team led by Dynetics that submitted a proposal last fall for NASA’s Human Landing System (HLS) program.

“We weren’t too public about what we were doing before the proposals went in, but we’re allowed to say that we’re supporting a team, and we’re pretty excited about what that team is proposing,” said John Roth, vice president of business development for SNC’s Space Systems business area, during the call.

Dynetics spokesperson Kristina Hendrix confirmed in a Jan. 9 email that the company did submit a proposal for the HLS program. “We have put together a very impressive team of experienced small and mid-sized companies that bring a wide range of experience in NASA, DoD and commercial space programs,” she said. She declined to provide more information about the company’s bid, including who the other members of the team are.

Proposals for HLS were due to NASA Nov. 5. Prior to the deadline Blue Origin announced it was bidding on the program with a “national team” that included Draper, Lockheed Martin and Northrop Grumman. Boeing announced at the proposal deadline that it had submitted a bid for a lunar lander that would be launched by the Space Launch System. There’s widespread belief in the space industry that SpaceX is also bidding on the program, but the company has not commented on whether it is a bidder.

Speculation that Dynetics was either a bidder, or part of another company’s team, had increased recently. The company’s website lists nearly 30 job openings, primarily engineering positions, related to the HLS program.

“In anticipation of NASA awarding the Human Landing System (HLS) contract in the near future, Dynetics Space Systems Division is seeking qualified engineers and analysts to support NASA programs including HLS that will put the first woman and next man on the Moon,” states the description for one such job opening. “We are seeking project engineers, systems engineers, test engineers, electrical/mechanical engineers, stress/structural engineers, and analysts to join a diverse team in support of the development of a Human Lander System that will take us back to the surface of the Moon by 2024.”

NASA had expected to award several study contracts by the end of 2019 for HLS, later selecting one or two companies to proceed to full-scale development. Those initial awards are now not expected until at least February, industry sources say, in part because of budget uncertainty. NASA received $600 million to start lunar lander work in the fiscal year 2020 appropriations bill enacted in December, but had requested $1 billion.

Dynetics, who announced Dec. 17 it would be acquired by Leidos in a $1.65 billion all-cash deal, currently works with one of the companies in NASA’s Commercial Lunar Payload Services (CLPS) program. It is supplying propulsion the main propulsion system for the Peregrine lander under development by Astrobotic. That lander is scheduled to perform its first mission, carrying payloads for NASA and other customers, in 2021.

SNC is one of five companies added to the CLPS program in November. Roth said in the Jan. 9 call that he expects the company to bid on “multiple” CLPS task orders from NASA this year. “We’re pretty far along on a concept for what we would do for a lander,” he said. “That’s an area we’re really excited about being part of.”

Both Dynetics and SNC also received awards from NASA in May for concept studies and prototype development of human lunar landers under a separate program that predated the HLS effort. Dynetics’ award focused on the descent module of a lunar lander while SNC’s included the descent module, orbital transfer module and refueling element. Eleven companies won similar awards, including Blue Origin, Boeing, Lockheed Martin, Northrop Grumman and SpaceX, with a combined value of $45.5 million.