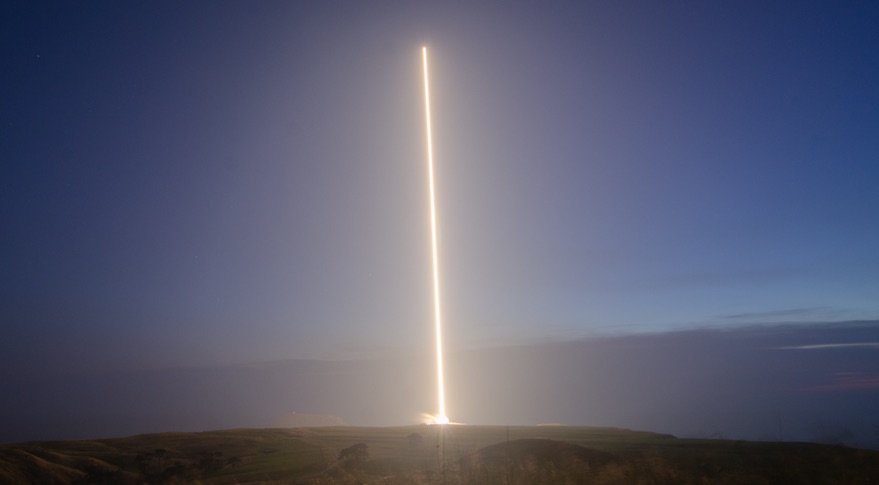 The Electron lifted off from the company’s launch site on New Zealand’s Mahia Peninsula at 3:18 a.m. Eastern after more than a week of delays caused by ground equipment issues and weather. The rocket’s Curie kick stage deployed its payload of seven smallsats starting about an hour after liftoff.

Six of the seven satellites were “PocketQube” picosatellites, smaller versions of cubesats, developed by Scottish company Alba Orbital for five customers in the United States and Europe. Those satellites will perform a variety of technology demonstrations, from intersatellite communications links to Internet of Things connectivity.

The seventh, and largest, satellite is ALE-2, from Japanese company Astro Live Experiences. The 75-kilogram satellite will demonstrate the ability to produce artificial meteor showers by releasing colored projectiles that will burn up in the upper atmosphere.

The launch, the tenth for the Electron and called “Running Out Of Fingers” by Rocket Lab, is the first of a “block upgrade” for the rocket that incorporates improvements as part of the company’s efforts to recover and reuse the first stage. Those changes include the addition of new flight computers and S-band telemetry for a guidance and navigation system to control the stage through reentry back to the ground.

Rocket Lab said prior to the launch that it would not attempt to recover the stage, but instead use the mission to gather data as it goes through what the company has dubbed the “wall” of heating as it renters. “We’re doing basically everything except popping parachutes,” Peter Beck, chief executive of Rocket Lab, said in a November interview.

While there was only limited video from the first stage as it started its reentry, Beck said a short time later that test went well. “Electron made it through wall! Solid telemetry all the way to sea level with a healthy stage. A massive step for recovery!!” he tweeted.

The launch was the sixth and final Electron mission of 2019. The company is anticipating a higher flight rate in 2020, which has been driving its work on rocket reusability as well as manufacturing upgrades to speed the production rate of rockets. The company will also later this month formally open its second launch site, on Wallops Island, Virginia, with a first launch from there scheduled for early 2020.