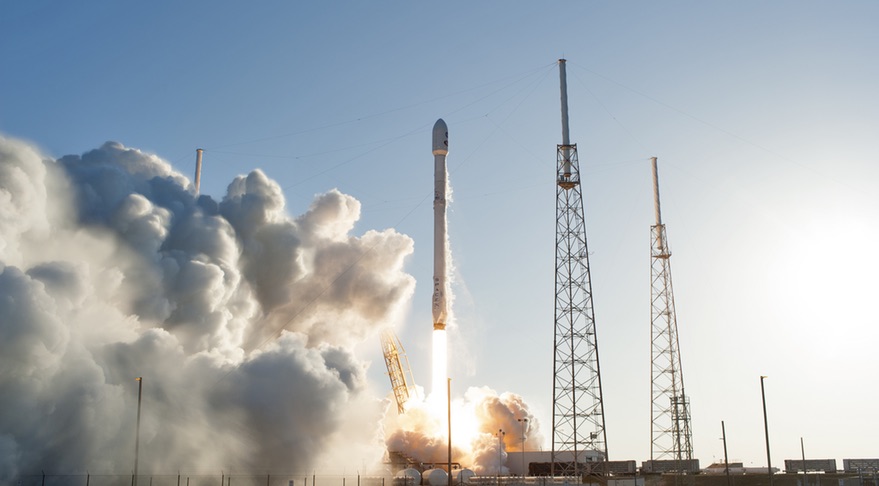 WASHINGTON — Federal prosecutors have charged a man with falsifying inspection records for hardware his company produced for SpaceX, highlighting an issue about the overall aerospace industry supply chain.

The U.S. Attorney’s Office for the Western District of New York filed charges May 22 against James Smalley, a former employee of PMI Industries, a Rochester, New York-based company that specialized in high-tolerance machining for “flight critical” aerospace parts for a number of companies, particularly SpaceX. Prosecutors allege that Smalley, who was employed by the company as a quality inspection engineer, falsified inspection reports for components produced by the company and then shipped to SpaceX for use on the company’s Falcon 9 and Falcon Heavy rockets.

According to the complaint filed in court by prosecutors, Smalley started work at PMI Industries in March 2017. In early 2018, an audit performed by another company, SQA Services, on behalf of SpaceX discovered “multiple falsified source inspection reports and non-destructive testing (NDT) certifications” by PMI Industries for parts it produced for SpaceX.

The specific parts are not identified in the court complaint, but are described as “ITAR restricted,” meaning they are on the U.S. Munitions List of items whose export is controlled by the International Traffic in Arms Regulations. The complaint does refer to structural parts for the rocket’s payload fairing described as “fracture critical,” which it states means that if it failed “it could result in catastrophic failure of the mission.”

NASA’s Office of Inspector General became involved in the case in February 2018 at the request of the NASA Launch Services Program, which was concerned about the possibility faulty components could be on the Falcon 9 rocket scheduled to launch NASA’s Transiting Exoplanet Survey Satellite (TESS) that April. The FBI and other agencies were also brought into the case.

Smalley later told investigators and company officials that he forged signatures of inspectors from SQA Services on reports because “he wanted to ship more product for the company,” according to the court complaint. Smalley, acting alone, developed what prosecutors described as a “sophisticated scheme” to get around inspections of hardware, forge inspection reports and then ship the hardware to SpaceX.

Prosecutors said that Smalley falsified at least 38 reports, resulting in the shipping of 76 piece parts to SpaceX that either failed inspection or were never inspected as required. That hardware was intended for use on at least nine missions for the U.S. government, including some yet to launch. It’s not clear from the complaint if any of the hardware was actually flown on the vehicles. The TESS spacecraft, for example, launched without incident in April 2018.

“The success of America’s reinvigorated space program depends not just on American ingenuity but on American integrity as well,” said U.S. Attorney James P. Kennedy, Jr. in a statement. “Such fraudulent conduct jeopardizes no only the success of the program but the lives of the brave men and women who rely on the integrity of not just the space vehicles themselves but all those who help to design and build them.”

If convicted, Smalley could face up to 10 years in prison and a $250,000 fine. SpaceX terminated its business with PMI Industries, valued at about $200,000 per month, upon discovering the forged reports, causing PMI to go out of business.

The announcement of the charges comes only a month after the Justice Department reached a settlement with another company that allegedly forged test results for components built for launch vehicles. Oregon-based Hydro Extrusion Portland, Inc., formerly known as Sapa Profiles Inc. (SPI), paid $45 million to NASA and others for altering test results on aluminum extrusions it produced.

Those parts included those used on back-to-back failed launches of the Taurus rocket from Orbital Sciences Corp. (now Northrop Grumman Innovation Systems) carrying NASA satellites. NASA, the Justice Department stated, “identified SPI’s out-of-specification extrusions as the cause of two failed rocket launches, which resulted in the loss of important scientific missions,” a claim that SPI denied.