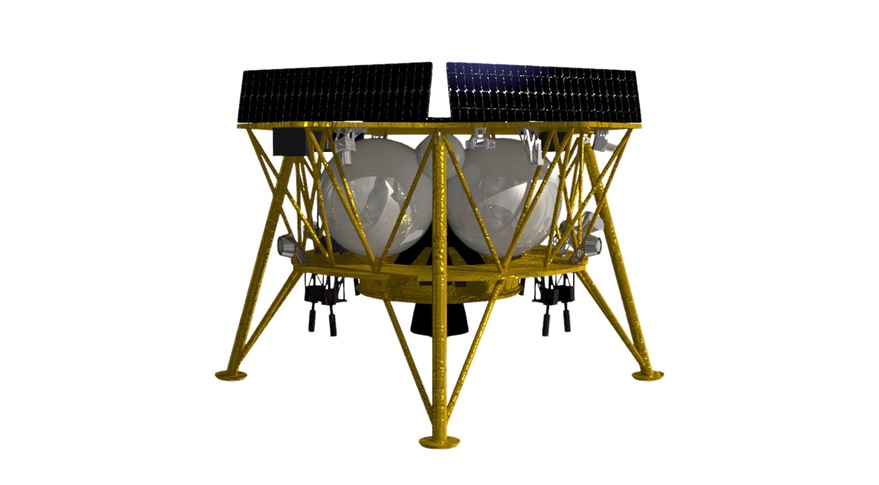 CAMBRIDGE, Mass. — Firefly Aerospace announced July 9 it plans to work with Israel Aerospace Industries (IAI), the manufacturer of the Beresheet lunar lander, to develop its own lunar landers for NASA.

Firefly and IAI said they signed intellectual property and engineering support agreements giving Firefly access to the technology IAI developed for the Beresheet lander. Firefly will use that technology to manufacture a version of that lander and offer it to NASA through the agency’s Commercial Lunar Payload Services (CLPS) program.

“This agreement with IAI will allow Firefly to build on our momentum and expand our lunar capabilities by creating a U.S.-built version of IAI’s historic lunar lander,” Tom Markusic, chief executive of Firefly, said in a statement announcing the deal. “Having access to flight proven lunar lander technology and the expertise of IAI engineers makes Firefly well placed to gain a foothold in the cislunar market.”

Firefly was one of nine companies that received CLPS awards in November 2018, making them eligible to compete for task orders to transport payloads to the lunar surface on their landers. Firefly had released few details about the lander it originally proposed to CLPS, and a company official said that they briefed NASA on their new partnership with IAI.

“We feel the flight heritage of the Beresheet lander and our partnership with IAI will offer Firefly the ability to rapidly construct a U.S. version of the lander and successfully execute CLPS science missions for NASA,” Eric Salwan, director of commercial business development at Firefly, told SpaceNews.

Firefly is now the third of nine original CLPS awardees to have partnerships with foreign companies to develop their landers. OrbitBeyond has an agreement with India’s Team Indus to use that company’s lander technology for its CLPS landers, while Draper is working with Japan’s ispace on its lander.

NASA requires that CLPS lunar landers be assembled in the United States. Salwan said that the majority of what Firefly is calling the Genesis lander will be built in the U.S. to comply with those rules. OrbitBeyond previously stated it will assemble its lander at a facility it is opening in Florida, while Draper’s partnership includes General Atomics, who would handle manufacturing of CLPS landers using ispace’s design.

The use of landers designed outside the U.S. has raised questions among some members of Congress. Rep. Brian Babin (R-Texas), ranking member of the House space subcommittee, raised the issue of the OrbitBeyond-Team Indus partnership in particular at a hearing last month. “While this partnership appears to comply with NASA’s solicitation, the optics, obviously, are not good,” he said.

Thomas Zurbuchen, NASA associate administrator for science, said NASA would apply similar rules for CLPS landers that it does for launch vehicles regarding domestic manufacturing. “We want to use the very same rules that we’re using for launch vehicles as well, that basically stipulates that the majority of all the manufacturing and design of this particular lander has to be done in the U.S.,” he said.

The lander is based on Beresheet, the spacecraft that IAI built for SpaceIL, a former competitor in the Google Lunar X Prize. Beresheet launched as a secondary payload on a Falcon 9 in February, but crashed attempting a soft landing on the moon April 11.

Prior to Beresheet’s launch, IAI said it was working to offer landers based on Beresheet for other customers. That included a partnership with German company OHB to study development of a similar lander for European Space Agency missions.

“The experience gained in the Beresheet Moon mission co-developed with SpaceIL puts IAI at the forefront of lunar lander technology and enables us to undertake additional lunar missions with proven technology and significant engineering experience and knowhow,” said Boaz Levi, executive vice president and general manager of IAI’s Systems, Missiles and Space Group, in a statement. “We see in Firefly a similar mix of courage and technological knowledge that fits the IAI spirit and will drive us to the Moon quickly and robustly.”