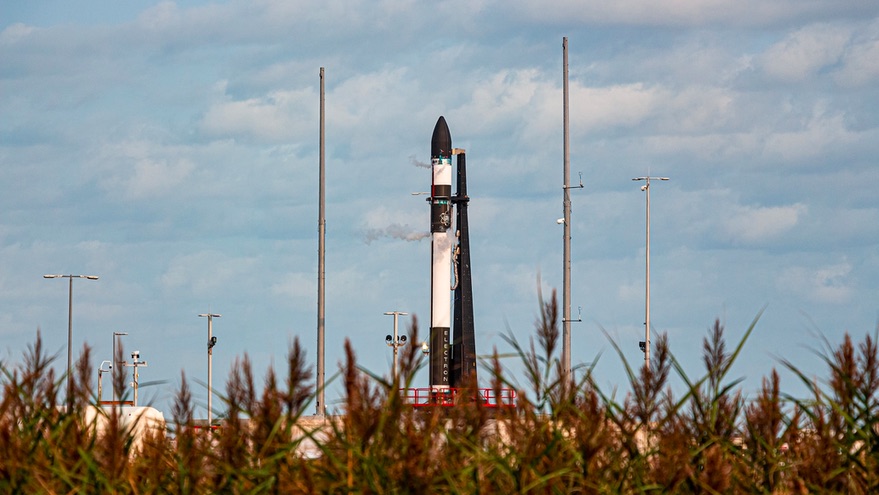 WASHINGTON — The first launch of Rocket Lab’s Electron rocket from a site in the United States won’t take place until 2021 because of problems with the flight termination system NASA requires the rocket to use.

Rocket Lab had planned to conduct the first launch from its Launch Complex (LC) 2 at Wallops Island, Virginia, this year. The company completed the launch site in December 2019, stating at the time it anticipated performing the first launch there, of a U.S. military Space Test Program mission called STP-27RM, in the second quarter of 2020.

Preparations for that launch were slowed by the pandemic, but Rocket Lab said in the spring it anticipated a launch in the fall. The company performed a dress rehearsal of the launch in the spring, including a static-fire test of the rocket’s nine first-stage engines.

One reason for the delay, Rocket Lab said, was that it was waiting on NASA to certify the autonomous flight termination system (AFTS) that will be used on the rocket to provide range safety. NASA controls the launch range at the Wallops Flight Facility, where LC-2 is located. “There’s a very long certification process that, quite frankly, we probably underestimated how long it would take,” Peter Beck, chief executive of Rocket Lab, said in an interview in August.

That certification process is ongoing. In a Nov. 10 talk at a Maryland Space Business Roundtable webinar, David Pierce, director of NASA Wallops, mentioned preparations for Rocket Lab’s first launch as part of an overview of the facility’s activities. “We’re really proud of our work with Rocket Lab,” he said. “We’re working really hard to support Rocket Lab with a launch in ’21.”

Asked later about the certification of the AFTS, Pierce said that engineers had kept on schedule with the development of the system into the summer despite the pandemic. “When they sent the unit out for review of the software, we found some errors,” he said. That review involved teams at NASA’s Katherine Johnson Independent Verification and Validation Facility, the Federal Aviation Administration, Vandenberg Air Force Base and Cape Canaveral Air Force Station.

Engineers are now working to address those problems, the number or severity of which he didn’t elaborate on. “We expect that, under the current rate in which we’re developing and correcting the code errors, we should be ready to certify that unit in the first half of ’21,” he said.

That unit, he added, will also be available to other companies launching from Wallops. “We’re in this for the long haul,” he said. “We recognize it’s a game-changing technology, so we want to do it and release it to private industry as soon as it’s safe to do so.”

Rocket Lab spokesperson Morgan Bailey confirmed Nov. 12 that completion of the AFTS is the final step before the company will be ready to launch from Wallops. “The launch vehicle and pad are ready for launch,” she said. “The final step is NASA certification of their AFTS and the timing for completion of that is being driven by NASA.”

Rocket Lab’s upcoming milestone is the company’s first attempt to recover the first stage of Electron after launch. That mission, called “Return to Sender,” is now scheduled for launch no earlier than Nov. 17 from the company’s LC-1 launch site in New Zealand.

The company plans to conduct recovery efforts, as part of its plans to reuse the Electron first stage, only at its New Zealand launch site initially. However, Beck said the company envisions eventually recovering first stages during launches from LC-2 as well.

“The plan is to work through all the initial recovery development down at LC-1 because it’s just a much easier range,” he said. “But once we get it all sorted, there’s no reason why we wouldn’t bring it to LC-2 as well.”

Astronomers just mapped 1 million previously unknown galaxies, and you can take a tour
The Arecibo telescope has suffered a fatal collapse, smashing it into pieces
Gold diggers put mercury on the menu
FCC Chairman Ajit Pai to leave agency in January
Meet the scientists investigating the origins of the COVID pandemic