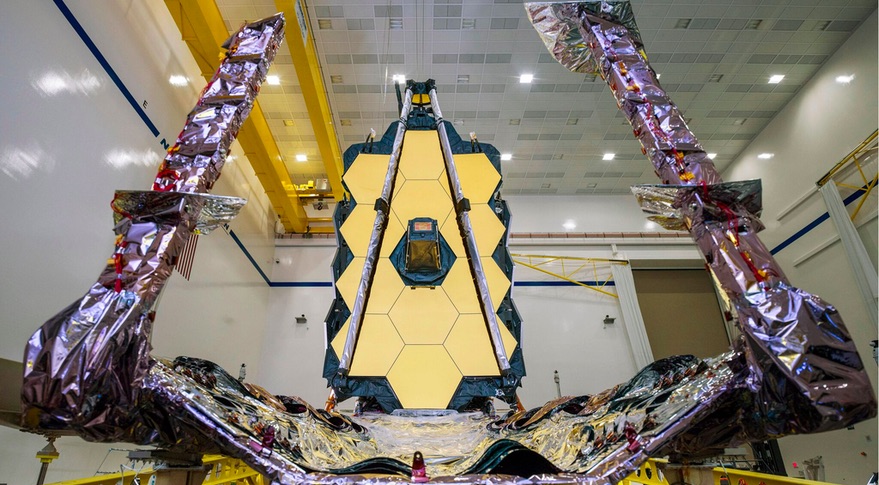 WASHINGTON — A report by the U.S. Government Accountability Office Jan. 28 concluded it was unlikely that NASA’s James Webb Space Telescope will launch on schedule next March, with a delay of several months possible.

The GAO report, the latest in an annual series on the progress NASA is making on the flagship space observatory, argued that high consumption of schedule reserve in the first half of 2019 means the current March 2021 launch date “may not be feasible” given the work remaining before launch.

The report noted that the program performed an updated joint confidence level analysis of the mission’s cost in schedule in October. “Because of schedule delays resulting from technical challenges coupled with remaining risks faced by the project, the analysis assessed only a 12 percent confidence level for the project’s ability to meet the March 2021 launch readiness date,” the report stated.

NASA missions usually set cost and schedule estimates at the 70% confidence level. Using that metric, the launch would likely take place in July 2021, a delay of four months, according to the report.

Concerns about the high use of schedule reserve since NASA replanned the mission for a 2021 launch go back to last March. Tom Young, who chaired the Independent Review Board chartered by NASA in 2018 to review the mission, said that use of schedule reserve appeared to be “significantly higher” than expected. “It suggested to us there was cause for concern,” he said at a National Academies meeting.

“In the second half of 2019, schedule erosion has diminished significantly, and that’s what gives us a lot of confidence to still press to that March 2021 launch date,” said Greg Robinson, the JWST program director at NASA Headquarters, during a Jan. 6 interview at the conference.

Both he and Scott Willoughby, vice president and program manager for JWST at prime contractor Northrop Grumman, said they believed the mission was on track to complete a final set of environmental and deployment tests and be shipped to the launch site at Kourou, French Guiana, by the end of the year.

That confidence, Willoughby said, was in part because much of that remaining work has already been done in one form or another during earlier work on the spacecraft. “All of the work that’s planned in front of us is very well understood,” he said. “If everything goes as planned, the schedule is very much sufficient to get us there.”

By contrast, the GAO report concluded that the mission was entering a phase where delays are more likely. “Our previous work on major NASA acquisition programs found that integration and testing is the phase when challenges are most likely to be found and schedules can slip,” it stated.

The GAO said the JWST program plans to reassess its launch date in the spring after completing “significant technical tasks” with the mission. Robinson, in the Jan. 6 interview, said the schedule will be reassessed in May prior to the final set of environmental tests for the spacecraft.